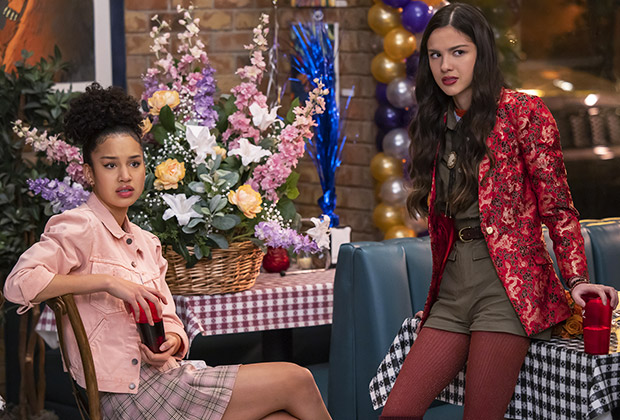 Buckle up, Wildcats. We’re about to spoil HSM:TM:TS‘ second season finale. Haven’t watched yet? Go to Disney+ and get your head in the game.

High School Musical: The Musical: The Series wrapped its second season on Friday with a series of game-changing reveals, from a surprising turn in the ongoing Menkies drama to a long-awaited kiss (of sorts) between two starstruck characters, while also leaving the door open for plenty of summer shenanigans. 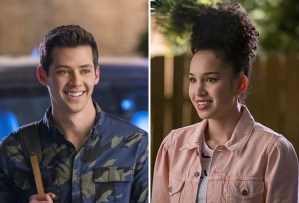 Let’s start with what we all came here to talk about: “Portwell” is officially a go. Despite Gina’s brother (guest star Jordan Fisher) suggesting that EJ is more of a “big brother” figure to Gina, that egregious miscommunication was eventually sorted out, leading to Gina finally getting her first kiss. The only question is: Why didn’t we get to see it?

“I think that first kisses are really a big deal for people,” showrunner Tim Federle tells TVLine. “There’s a part of me that wanted the audience to fill that in with their own memory. I know that’s a little bit of a cop-out answer, but ‘Portwell’ happened. They found each other, they cleared up their miscommunication and they took a risk on one another. I felt like whether they kissed or not was less important than both of them admitting that they have feelings for one another and being vulnerable.”

Speaking of things we didn’t get to see, the finale skirted the possibility of a formal East High/North High showdown when Miss Jenn and her students came to the mutual decision to pull out of the Alan Menken Awards. Federle explains that he initially planned on making the Menkies part of the finale, but various pandemic-related factors forced the show to shift gears.

“There was originally a different Episode 12 planned where they went to the awards and competed but still pulled out,” Federle says. “Ultimately, the logistical challenges of creating a television show during a pandemic were very overwhelming. We’d gotten to a point in the season, pre-vaccine, where the idea of another big episode with a huge audience of hundreds of people just felt irresponsible. We’d also been in Salt Lake for so long. Some of the cast members were marooned there when we were shut down for a few months, so they were there without friends and family. In a lot of ways, it was just time to go home and be safe again. One of the reasons we ended up titling the episode ‘Second Chances’ is because I didn’t know if we’d even get to the end of Season 2. It was really stressful to wake up three days a week, get a COVID test and hope that people would be OK. Disney kept us safe, and we had a lot of protocols in place — but at the end of the day, we’re still learning how to swim by jumping in the ocean.” 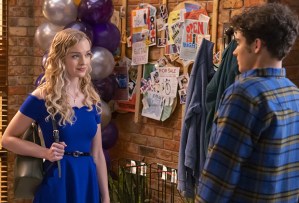 Still, the ne’er-do-wells of North High will remain very much in the picture, including Lily, who came clean to Ricky about her feelings for him… though not so much about stealing his Beast harness on opening night.

“She’s just a chaos agent,” Federle says of the duplicitous character. “On other series, they’re able to do, like, murder, drugs and kidnapping. On our show, she steals the Beast’s harness. I think she’s misunderstood and complicated and likes to set fires and watch things burn without bringing a fire extinguisher. If we get a Season 3, I certainly want to explore the dynamic [between Lily and Ricky] further.”

The finale also presented an interesting opportunity for Nini when Gina suggested she reach out to Jamie about taking her songwriting to the next level. That said, Federle insists that HSM:TM:TS is not simply giving us the Olivia Rodrigo origin story — at least not intentionally.

“I would never want Olivia to think we’re stealing from her life,” he explains. “We write these scripts six months before we shoot them, and it’s amazing how art imitates life. But I definitely think Jamie is here to shake things up for Nini’s future.”

OK, let’s talk: What did you think of the Season 2 finale? Weigh in via our polls below, then drop a comment with your full review.

Previous articleThe release of Horizon Forbidden West is pushed back to 2022, report says
Next articleHuge Chunk Of Road Caves In Under Flyover In South Delhi, Stops Traffic