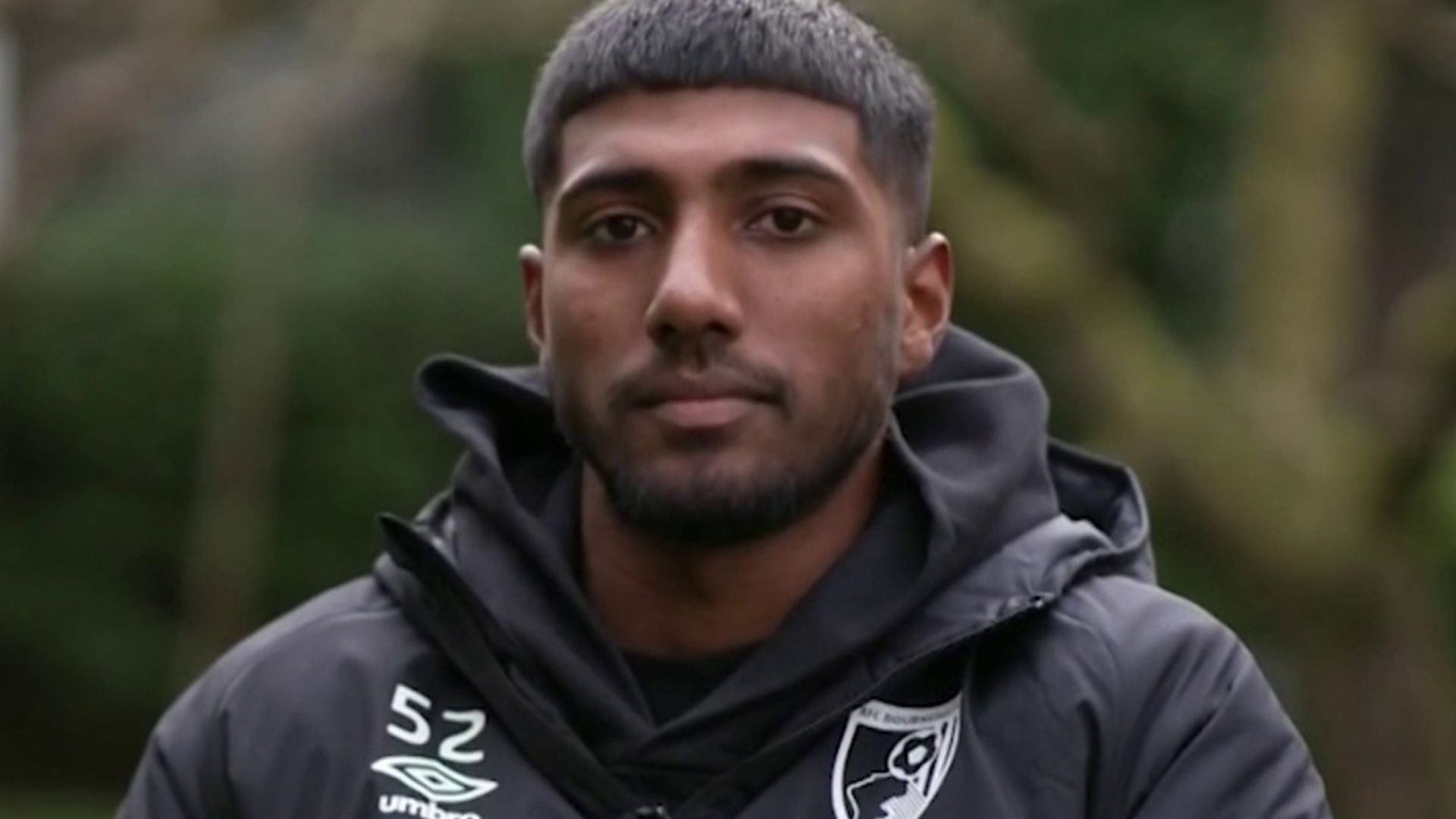 Bournemouth’s Dinesh Gillela hopes his growing profile in England can inspire children across India, particularly from Chennai where his family hail from.

Gillela is one of 15 British South Asian footballers across England’s four divisions on a professional contract, and has enjoyed loan spells at non-League Billericay Town and Aldershot Town in the last two seasons.

The full-back is yet to make his Bournemouth debut but admits it is something he has dreamt about since he joined the club five years ago.

“I feel like when you join a club at 16 and you are a scholar – and then at 18 you get offered a pro contract – the only thing on your mind is getting to the first team,” Gillela told Sky Sports ahead of Holi, the famous Hindu ‘Festival of Colours’.

“I want to play for the first team here [at Bournemouth] and really make my stamp, because they have given me this opportunity as a professional.

“It would be massive for my family first and foremost [were it to happen] because they have put so many hours into me, driving me up and down the country for games.

“When we speak about [South] Asian footballers, most of them [the Indian players] are from the Punjab or Kolkata – not many are from Chennai, or South India, or even Sri Lanka.

“My parents have always instilled in me to help others, so I’ve always had that in my life to help others and sometimes even look at myself second. I feel like helping people has always been a part of me and how I grew up, so to do that would be amazing.”

‘Playing futsal has helped me technically’

Gillela hails from Woking and honed his skills as a young footballer by playing futsal between the ages of 11 and 17.

“I only really stopped because of the football,” the 21-year-old defender added.

A confident young man, hungry to succeed, Gillela says studying Europe’s top defenders has helped shape his own views on the role of a modern-day full-back at the highest level.

“I’m an athletic player. I’m aggressive but I’m a tidy player,” said Gillela, who has captained Bournemouth’s U21s this season.

“[Look at] the full-backs now. You have Trent (Alexander-Arnold), Ben Chilwell, Alphonso Davies, Benjamin Pavard, I could list them all – they have changed the perspective on full-backs, with how much they attack, how many goal involvements they are included in.

“I feel like that has been a massive change and help for me to sort of say I can get those numbers and achieve that level of output.”

For more stories, features and videos, visit our dedicated South Asians in Football page on skysports.com and stay tuned to Sky Sports News and our Sky Sports digital platforms.

Previous articleHadi: We will not accept a reproduction of the Iranian experience in Yemen
Next articleWatch: US Navy Members Sing Hindi Song From Popular Bollywood Movie