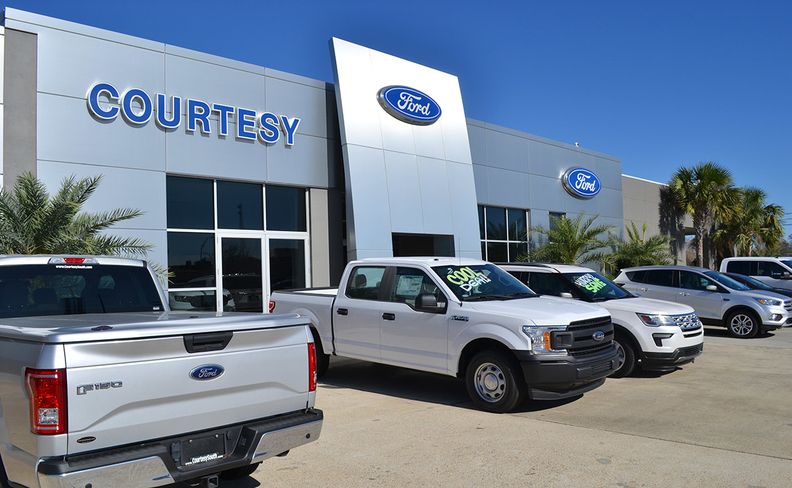 Ford of Morgan City in Louisiana

Three dealership groups, including the growing Hudson Automotive Group, have purchased stores in Alabama and Louisiana in deals that closed in the second quarter.

Here’s a quick look at the transactions involving domestic and import brand stores.

Hudson Automotive, of Charleston, S.C., acquired its first dealership in Alabama on Monday when it bought Hoover Toyota, located south of Birmingham. The group bought the dealership from Gordie Stewart, who had owned it for 22 years, the Hoover Sun reported.

“It’s a great brand, and Birmingham is a great market,” David Hudson, CEO of Hudson Automotive, told Automotive News. “We like Toyota a lot.”

This is the group’s 33rd rooftop, Hudson said, including a used-vehicle store. Hudson Automotive also has dealerships in Tennessee, Kentucky, South Carolina, North Carolina, Louisiana, Georgia and Ohio. Hoover Toyota was the group’s first transaction since November, when it acquired Beaman Automotive Group, made up of four dealerships in the Nashville area, Hudson said. Gerrick Wilkins of Dealer Support Network represented Hudson Automotive in the transaction.

TKO Group of Brunswick, Ga., acquired its first Ford dealership and second Toyota store when it bought Courtesy Ford and Courtesy Toyota, both in Morgan City, La., on June 1.

Bill Fields of Dealer Solutions Mergers and Acquisitions, a buy-sell firm in Markham, Ontario, and with an office in Jupiter, Fla., represented the seller in the transaction.

The dealerships, which share a rooftop but are separated, were owned by Deke Damson and Bruce Park.

Grey Wolf also has a Buick-GMC store in Lake City, Fla., and another Chrysler-Dodge-Jeep-Ram store, in DeLand.

Andy Gill of Gill Automotive Group represented the sellers in the transaction.

Previous articleNetflix: Virgin River season 3 trailer finds Mel and Jack at a crossroads
Next articleUEFA president Aleksander Ceferin told AFP on Friday that the teams would have to deal with “a special situation” to complete Euro 2020 because of the COVID-19 pandemic.