“If He Does Ask Me Questions I Will Honestly Tell Him The Truth, Which Everybody Knows”

Bollywood actor Tusshar Kapoor dominated all the mainstream headlines 5 years ago when he welcomed his first child Laksshya Kapoor through surrogacy. The actor was the talk of the town for embracing parenthood as a single father, and that also invited many conversations. The actor is now opening up on bringing up the little munchkin with all his love.

Tusshar Kapoor successfully completes 20 years in the show biz. The actor, who is all prepared for another 20 years, joined Koimoi for an exclusive conversation and spoke about many things in his life. He also shed light on how he will explain to Laksshya about his birth and family. He also spoke about the fact of the child being born in a widely popular family and if that has any effect on him as of yet. Read on to know everything you should about the same.

When asked about Laksshya and him being a single father, Tusshar Kapoor said, “He is a very content, a very happy, a very sorted child. He has never asked me anything regarding the family structure etc. For him, it is all very normal, because I have given him unconditional love. If he does ask me questions I will honestly tell him the truth, which everybody knows, which is no secret at all. It is about my choice of starting a family, being a single father, which is because I love him as a child, and I love him. I wanted to have a child of my own.”

“So he is born out of love, so baccho ko utna hi chahiye, usse jyada koi explanation deneki zaroorat nhi hoti hai. They are not really into portraying to the world that okay this is how the family should be like or that is how it should be like. They are pretty innocent in that sense and want to be happy. Which I am keeping my fingers crossed he is.” Tusshar Kapoor added.

Further, the actor was asked if Laksshya Kapoor understands that he is born into a very popular Bollywood family and if he asks questions. Tusshar Kapoor said, “He is not really aware of being born to a Bollywood family. He hasn’t watched Bollywood movies yet. Infact, once recently he asked me ‘you are an actor?’ because some kid in the park came to me and asked for an autograph. He is just beginning to understand it, but he is quite unaffected. Even when the media comes, he is okay with it, but he doesn’t take it very seriously when paparazzi are outside our house and click pictures. He is quite cool with it, whether they are there or not.”

Tusshar Kapoor continued, “I think that is how we should expose our kids very normally. That this is part of our life. They will soon realise it is a part of our professional life of his family members. And comes like a part and parcel with that. Nothing great to have people clicking you, neither it is something to get nervous or worried about, no one is judging you. They become strong when you leave it open to them and if there are any questions we will be there to answer them as professionally as possible because it is part of our profession.” 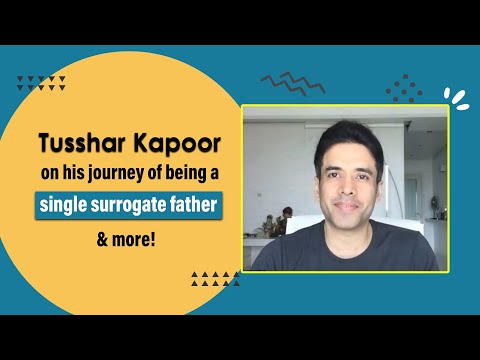 Stay tuned to Koimoi for more

. Ankita Lokhande Called As ‘Hypocrite’ After Her Announcement Of Social Media Break Ahead Of Sushant Singh Rajput’s Death Anniversary

Previous articlePirates of the Caribbean 6 ‘may feature Captain Hook’ Jude Law’s from Peter Pan and Wendy?
Next articleKumkum Bhagya Actress Pooja Banerjee Opens Up About Being Able To Finally Workout After An Accident 2 Years Ago