In Haryana, A Community Radio Programme Debunks Misinformation On Covid 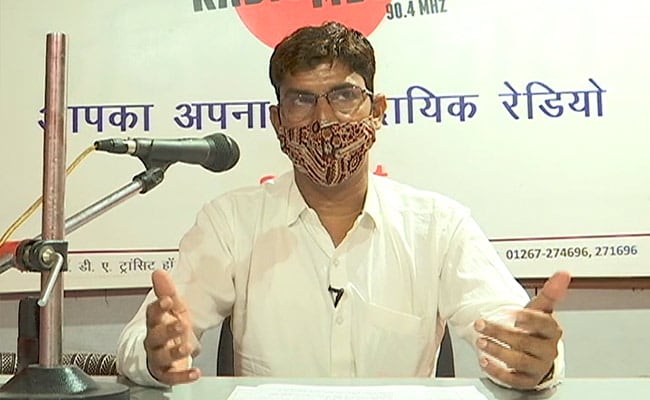 Radio Mewat is heard by at least 7 lakh people or 180 villages in Haryana’s Nuh district.

As India continues to battle the deadly spread of coronavirus, a few villages in Haryana are debunking misinformation on Covid through a community radio programme every single day.

Radio Mewat is heard by at least 7 lakh people or 180 villages in Haryana’s Nuh district every morning, according to Sohrab Khan, the station manager at the radio station.

Speaking to NDTV, he said, “From the beginning, we have always worked on educating the people. People have understood that there is misinformation being spread. Now they listen to our radio show and call us to verify news from us. At radio Mewat we are also helping people get vaccinated since they are not educated enough to register.”

Villagers say that the programme has helped them verify news related to the virus.

“Earlier we were very scared to get vaccinated, we hesitated. Then we heard on the radio that it is safe to get vaccinated. Some people used to say that you will die within eight days if you take the vaccine. I thought if I die then what will happen to my only son? Now I am vaccinated and even families around me have taken the vaccine thanks to the radio programmes,” Bhajan Dev, a resident of the village, told NDTV.

Launched in 2010, ‘Radio Mewat’ is one of the two radio stations in Nuh that cater to its 15 lakh residents. The other radio station is ‘Alfaz-e-Mewat’.

The two radio stations have played a major role to remove the fears and apprehensions among residents in Nuh – the most backward district in India, as per NITI Aayog.

“As a woman myself, I am happy I can help other women and children through my programme and give them the correct information. We give the right information daily on broadcast by taking expert opinion,” Sakuna, a radio reporter at the station, told NDTV.

Mohammed Imran, another radio reporter at the station, says: “I conduct shows on women and children. As you know, women are less educated in this area. ‘Radio Mewat’ speaks to them in their language, that is, in ‘Mewati’. We even invite medical officers and officials to give their expert opinions”.

Apart from information on Covid, the local administration has also ensured women are aware of their rights through dedicated programmes on domestic violence.

Sushila was among those who benefitted from the programme. “Radio Mewat has played a huge role in my life. We have a group called ‘Mahila Hinsa’ through which we ladies engage and are able to get informed to fight for our rights,” she said.

The popularity of radio and the number of radio listeners has increased during the course of the pandemic. Radio has proven to be a boon for those living in such backward areas of the country especially at a time when there is misinformation regarding the virus.

Meet The Delhi Based Businessman Who Helped Villagers Suffering From COVID