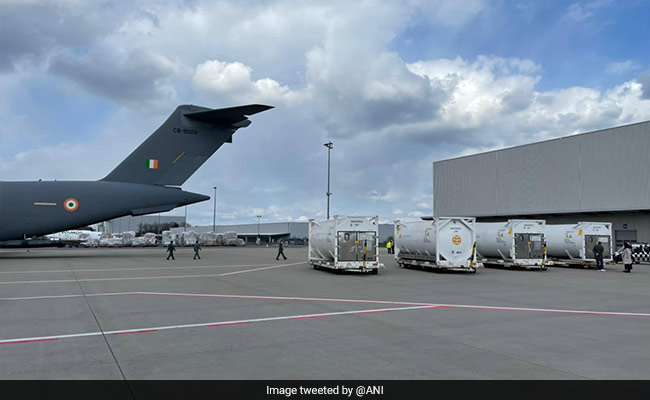 Along with this, 450 oxygen cylinders from Brize Norton in the UK were also airlifted to the Chennai airbase in Tamil Nadu.

“IAF C17 transport aircraft gearing up to airlift more empty oxygen containers from Singapore today. These containers will further boost oxygen availability in the country in view of the current Covid – 19 surge. The airlift is being coordinated by MHA,” the MHA Spokesperson tweeted on Tuesday.