It was 40 years ago that Karen Allen starred as Marion Ravenwood opposite Harrison Ford in Raiders of the Lost Ark. She later reprised her character in Indiana Jones and the Kingdom of the Crystal Skull, in which fans found out that Indy and Marion had a son in Shia LaBeouf’s Mutt. Now as Indiana Jones 5 is shooting across the UK, there has been much speculation as to whether or not Allen’s character will be back.

After all, Indy and Marion were married at the end of the last movie, which was set in 1957.

So you’d hope that they’d still be together for this 1960s setting, although they could have broken up again.

Whatever the case, MovieWeb recently asked Allen in a recent interview: “Are we going to see Marion again anywhere?

The 69-year-old didn’t exactly say, “No”. In fact, her coy response could be interpreted as a tease that she will be in Indiana Jones 5. 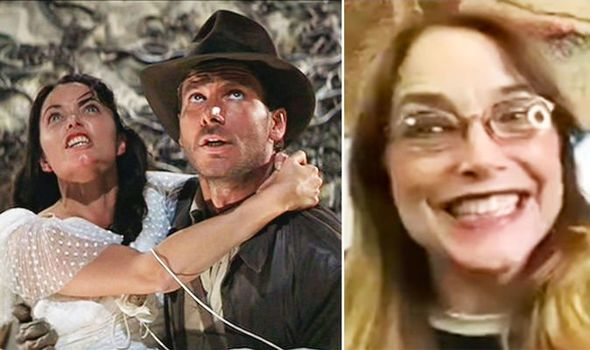 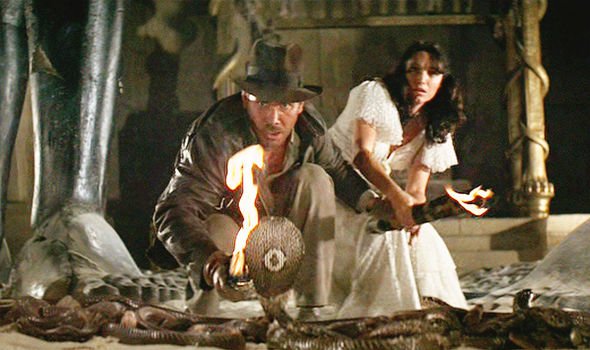 Karen Allen in Raiders of the Lost Ark (Image: GETTY)

And the Marion star isn’t the only one, with Sallah actor John Rhys-Davies possibly teasing his involvement in Indiana Jones 5 during a recent interview too/

Like Allen, the 77-year-old previously featured in two of the Lucasfilm franchise’s movies in Raiders of the Lost Ark and Indiana Jones and the Last Crusade.

John, who is also known for playing Gimli in The Lord of the Rings trilogy, previously spoke with Express.co.uk in 2019 about being in Indiana Jones 5. 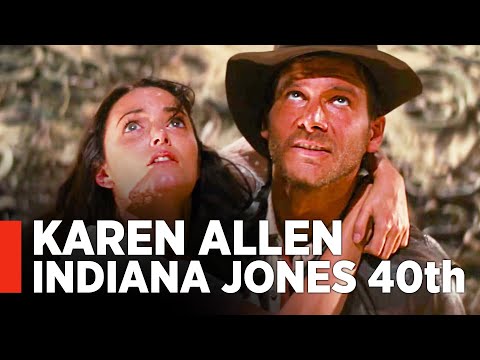 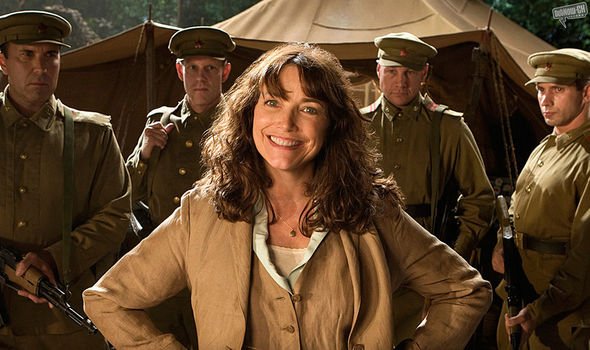 Karen Allen in Indiana Jones and the Kingdom of the Crystal Skull (Image: LUCASFILM)

At the time, John told us: “Well I keep sending signals that I’d love to be [involved] but I’m not on the mailing list at the moment.

“And I’ve got an idea that perhaps I’m not quite as politically correct enough to survive in it anymore.

More recently, the Sallah actor was speaking in a video by Adventurer’s Summit, celebrating the 40th anniversary of Raiders of the Lost Ark when he mentioned Indiana Jones 5.

During the video, John said: “And Indy 5 is brewing I hear…hmmm…[looks directly at the camera]…HMMMMM…”

While commenting on filming Raiders of the Lost Ark, John said: “Fabulous film. We shot it in London and in…Morocco didn’t we?

“Was it Morocco? No! Tunisia. A difficult shoot. Very hot in the true Sahara.”

Interestingly, Indiana Jones 5 is rumoured to be shooting in Morocco this summer, so maybe that was another tease?

Just like Star Wars, Lucasfilm are keeping Indiana Jones 5 pretty secretive from the title and plot to the cast and characters.

The Disney company have announced that Harrison Ford will star opposite Phoebe Waller-Bridge and Mads Mikkelsen.

However, Toby Jones wasn’t announced but was spotted in set photos alongside the title star, who was wearing dots on his face. Presumably, this was for digital de-ageing in a flashback scene.