Indiana Jones is an institution of the blockbuster oeuvre. Now, a fifth is coming out despite the maligned fourth film, Indiana Jones and the Kingdom of the Crystal Skull, with Harrison Ford back in action. Here is everything you need to know about the movie.

When is Indiana Jones 5 coming out in cinemas?

The fifth and as yet untitled Indiana Jones film is coming out on July 29, 2022.

This is some way away, but it may be surprising to discover this film was also delayed due to the coronavirus, despite it not having been made yet.

The movie was initially to be released in July 2019, but was moved to July 2020 while the studio instead focused on other releases, such as the live-action version of The Lion King. 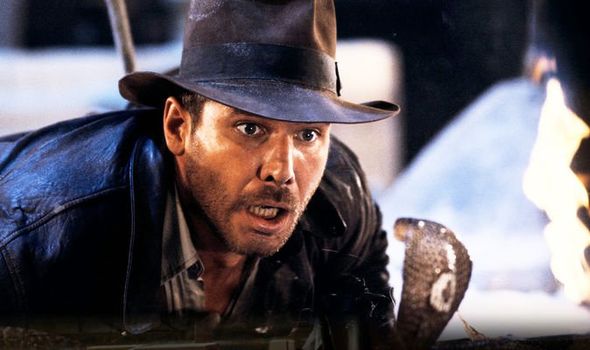 It was then delayed to July 2021, but the coronavirus hit and caused further delays and problems for the industry, so it is now expected to come out in July 2022.

The continued July dates show Disney is expecting this film to be the big blockbuster of the summer and will be released a few weeks after Black Panther 2.

Filming has just begun in the UK for the film, with scenes of Nazi uniformed-officers and tanks being seen in North Yorkshire.

Pinewood Studios will also be set up for the film, as it has been for all of the others before it. 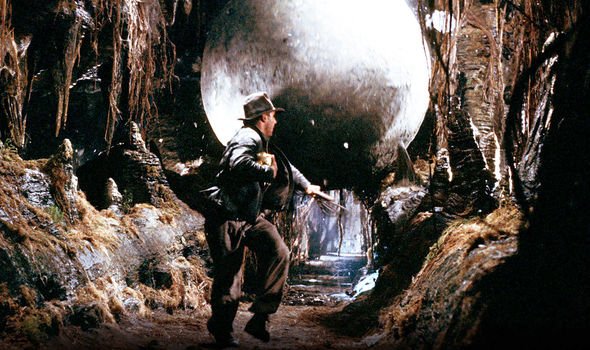 Harrison Ford in Raiders of the Lost Ark (Image: Lucasfilm)

Who is in the cast of Indiana Jones 5?

At the moment, only one actor’s character has been confirmed: Harrison Ford as Indiana Jones.

There are other actors currently linked to the film, but none have had their roles disclosed, and there are some missing characters as well.

One such character is Marion Ravenwood, who we know Indie married in the fourth film and is played by Karen Allen.

DON’T MISS
Freddie Mercury quiz: How much do you know about Freddie Mercury? [QUIZ]
Cinema releases this week: What’s on in UK cinemas from June 7 to 13? [EXPLAINER]
Beatles George Martin: How did The Beatles meet George Martin? [INSIGHT] 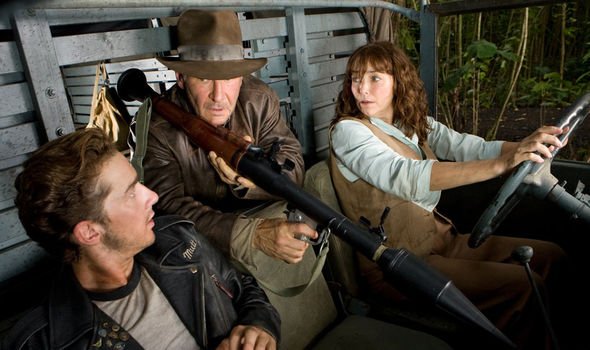 Another is Sallah, played by John Rhys-Davies, who has been Indie’s point-man for the initial movie trilogy.

Another important missing element, though he will still be taking part in the film as a producer, is Steven Spielberg, who has handed the directing reins over to James Mangold for this film.

Steven departed the film as director last year, saying he wanted to “pass along Indy’s whip to a new generation to bring their perspective to the story.”

Along with new director James, Jez and John-Henry Butterworth are writing the script. 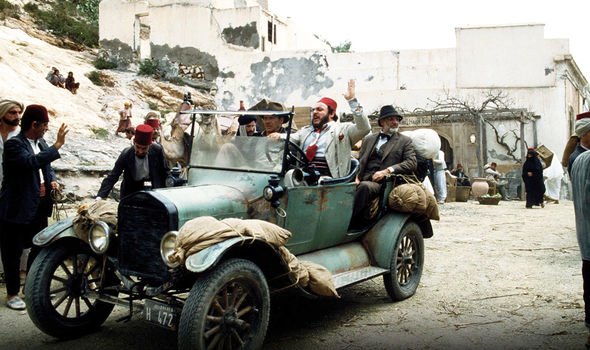 What is the plot of Indiana Jones 5?

At the moment, those details are unknown, but given some tanks and Nazi uniforms have been spotted while filming at the North York Moors Railway, it seems likely this will take Indie back to the time we remember him – the 1930s.

Having said that, Mads has explained what his feelings are around the script, suggesting Harrison’s Indie is the ‘straight man’ while others play more colourful characters around him.

He has also suggested there may be some humour in the upcoming movie.

He said earlier this year: “I’m very, very excited about it… I rewatched Raiders of the Lost Ark the other day.

“It is so well-done and so charming, and it’s such great storytelling.

“So yes it’s a great honor to be part of that franchise that I grew up with… I’m in a lucky position where they let me read the script before.

“And yes, it was everything I wished it to be, so that was just great…

“I do think I’m invited in to create a character, I think that everybody wants that.

“That’s why they pick certain actors that they think can come up with certain things, and it will be a collaboration as it always is…

“There is something that is a little larger-than-life, almost back to the 30s with a Peter Lorre kind of feel, and then you have Indiana Jones who kind of is a straight man.

“But he does produce a lot of funny and interesting things, but there are different character genres in some of those films.”

Is there a trailer for Indiana Jones 5?

As filming is still underway, there won’t be a trailer for some time.