After years of delays, the still-untitled Indiana Jones 5 has finally begun its shoot in the north of England. The Lucasfilm production has been filming in North Yorkshire and at Bamburgh Castle in Northumberland. And now the first look at Harrison Ford back in his iconic costume, for the first time in 14 years, has arrived in the first lot of set photos.

IJ Adventures Outpost have shared photos of Harrison Ford wearing that all too familiar hat and coat.

The 78-year-old was pictured masked up next to Lucasfilm president Kathleen Kennedy.

She’s worked as a producer on all four previous Indiana Jones movies alongside her husband Frank Marshall.

Aside from the castle, Indiana Jones 5 has been shooting what appears to be a World War II-era scene. 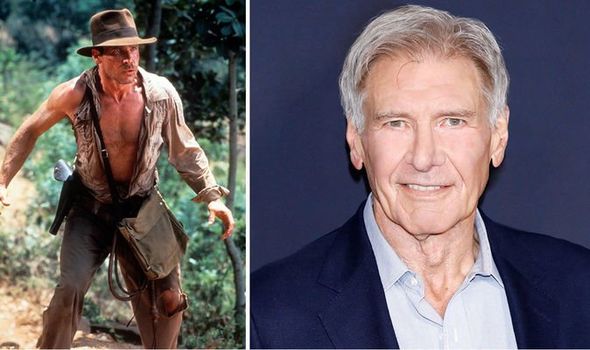 Exclusive Photo that we got right now!
Harrison Ford sighted on Set of Indiana Jones 5 pic.twitter.com/jVzTB25XIw

A stuntman was captured in set photos riding a motorbike and wearing a mask of what appeared to be Ford’s younger face.

While World War II-era Nazi military vehicles like tanks, cars and a train have been spotted too.

At the start of Indiana Jones and the Crystal Skull, set in 1957, Indy’s impressive war record was mentioned.

Since the original trilogy took place in the 1930s, fans never got to see him in action during the Second World War. 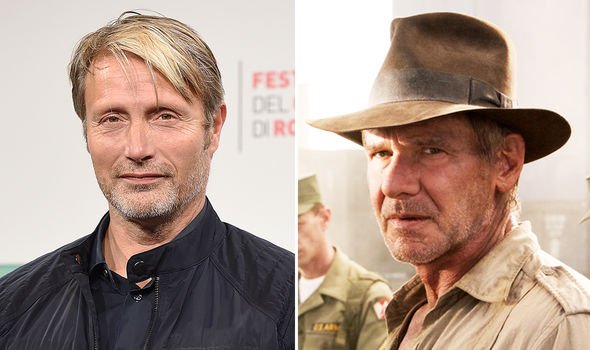 But if Indiana Jones 5’s set photos are anything to go by, we could be seeing a World War II-era prologue with a de-aged Ford.

After all, Indiana Jones and the Last Crusade opened in 1912, following River Phoenix’s 13-year-old Indy in an opening chase scene.

Considering Mads Mikkelsen is rumoured to be playing a Nazi in Indiana Jones 5, perhaps a World War II opening would connect to the plot later on.

According to The Illuminerdi, Mads’ villain is a Nazi scientist who is enlisted into NASA by the US government to work on the Moon Landing initiative.

Since 2008’s Indiana Jones and the Kingdom of the Crystal Skull was set in 1957, it would indeed make sense for the fifth film to take place in the late 1960s around the Moon Landing.

Plus, the fourth film introduced aliens to the franchise so it wouldn’t surprising if they’ll be back, especially if the new movie takes Indy into Space.

The Danish star said how he recently rewatched 1981’s Indiana Jones and the Raiders of the Lost Ark. 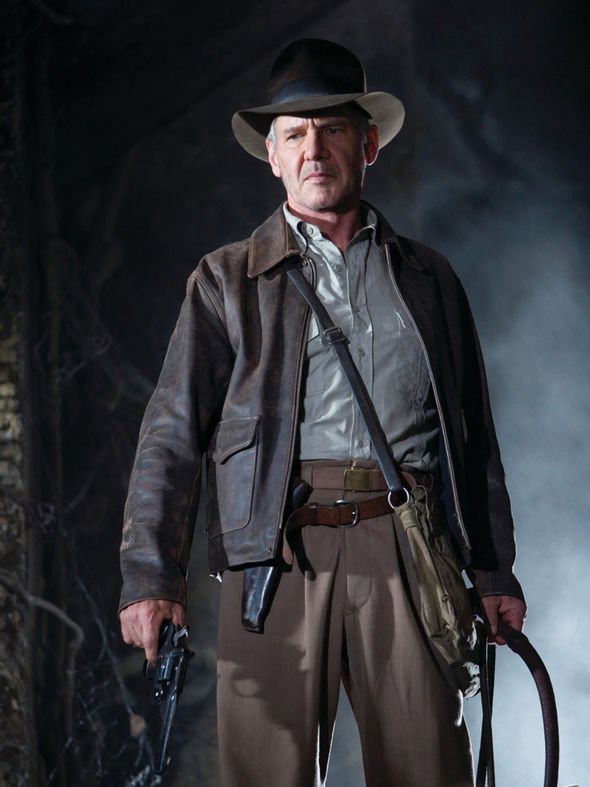 Harrison Ford in Indiana Jones and the Kingdom of the Crystal Skull (Image: LUCASFILM)

Mads continued: “It is so well-done and so charming, and it’s such great storytelling. So yes. it’s a great honour to be part of that franchise that I grew up with…

“I’m in a lucky position where they let me read the script before. And yes, it was everything I wished it to be, so that was just great.”

The fifth Indy film co-stars Phoebe-Waller Bridge and is directed by Logan’s James Mangold, while Steven Spielberg will be a hands-on producer.

Previous articlePreity Zinta Has A Perfect Way Of Returning Back After Digital Detox
Next articleHelen Mirren Is Proud Of Her Independent Financial Status, Says “Nobody Helped Me”