India’s Rohana Bopanna and his Croatian partner Franko Skugor lost 5-7 3-6 to the Spanish duo of Pablo Andujar and Pedro Martinez in their men’s doubles quarterfinal of the French Open. 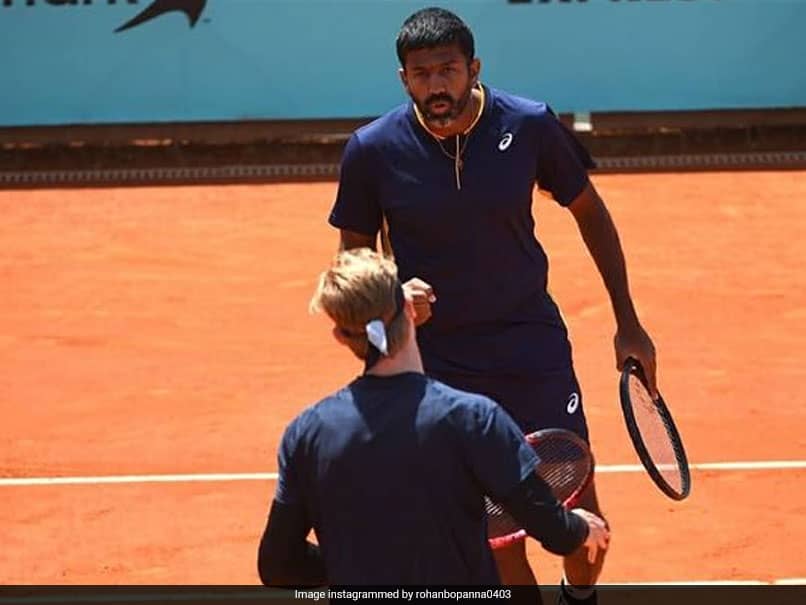 Rohan Bopanna lost in the quarters of the men’s doubles event in the ongoing French Open.© Instagram/Rohan Bopanna

India’s campaign in the ongoing French Open came to an end as Rohan Bopanna and his Croatian partner Franko Skugor lost their men’s doubles quarterfinal at Roland Garros on Monday. The 41-year-old Bopanna and Skugos went down 5-7 3-6 to the Spanish duo of Pablo Andujar and Pedro Martinez in a match that lasted one hour and 17 minutes. The unseeded Indo-Croat pairing had received a walkover in the pre-quarters on Sunday against Netherlands’ Matwe Middelkoop and Marcelo Arevalo of El Salvador.

Last week, Divij Sharan and Ankita Raina had lost their opening round matches of men’s and women’s doubles events respectively.

In the singles events, Sumit Nagal, Ramkumar Ramanathan, Prajnesh Guneswaran and Ankita had failed to enter the main draw