Ian Fleming may never have featured Q in his James Bond novels, but the MI6 gadget man became a fan favourite in the movies. Four actors have played MI6’s Quartermaster in the official films from Desmond Llewelyn’s Major Boothroyd to Ben Whishaw today. But now the real MI6 are hiring a new Q and it turns out the 007 movies inspired the Secret Intelligence Service to name theirs the same.

Real-life M (known as C for Chief) Richard Moore shared MI6 are recruiting for the job on Times Radio.

He said: “The role is to be our new Q in fact. So I’m quite excited about that; about the sort of person we might get to come and join us.”

C said MI6 are looking for somebody with an industry background and who understands technology at a very deep level.

Moore added: “We need their help. We are in an increasingly contested, difficult world where technology is making what we do for a living more of a challenge.” 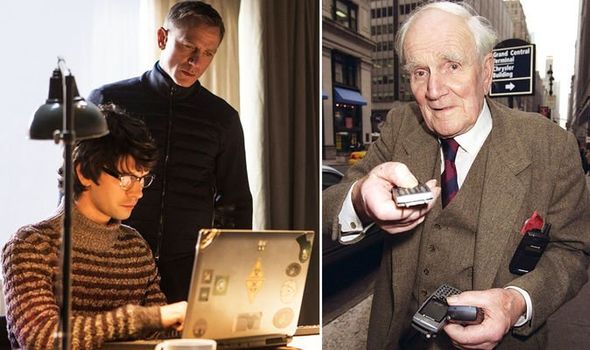 ‘We will shortly be advertising for our new ‘Q’.’

Richard Moore, chief of MI6, says the MI6 is actually borrowing the idea of ”Q” from James Bond film.

C continued: “We have to therefore use and harness technology and the only way we can do that, I think, is with good leadership from somebody who can help us partner with the private sector effectively.

“And I hope it will obviously excite a bit of interest because it is absolutely critical to the modernisation of the service that we get this partnership around technology right.”

The MI6 boss said how the Secret Intelligence Service’s traditional model was “boffins behind the wire”, but in the 21st century, the organisation needed to keep up the pace technologically to stay ahead of Britain’s adversaries.

He added: “The only way to do that is to be in the mix with technology companies.”

As I said in my weekend interview, we’re looking for a new ‘Q’. If you want to serve your country by helping MI6 to develop the operational technology of the future, please take a look – https://t.co/y7ifHaEeDP 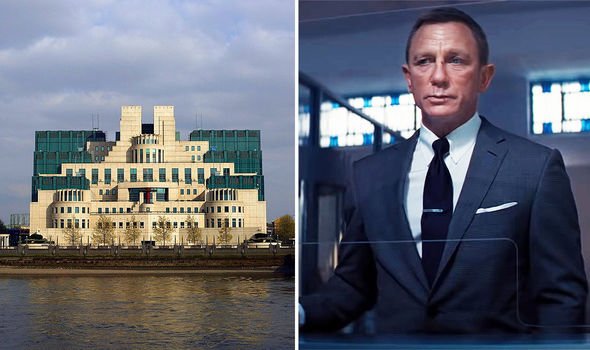 MI6 in London and Daniel Craig’s James Bond returning there in No Time To Die after retiring (Image: GETTY/UP)

Asked about Bond inspiring MI6 to adopt the Q name for the real job, Moore admitted this was true.

He said: “I’m afraid so. We’ve gone the other way round. C is still C, we’ve never gone to M. That we have no intention of doing.

On how using the Q name came about, C shared: “We were reshaping [our technical side] a few years ago and we couldn’t think of a right name for it and in the end, we thought, ‘Well come on, let’s go for it’.

“And so we decided to call it Q and we have done ever since. And this will be the leader of that team.”

C wrote: “As I said in my weekend interview, we’re looking for a new ‘Q’. If you want to serve your country by helping MI6 to develop the operational technology of the future, please take a look.”

The job description reads: “You are Q. More formally, you are Director General Q, one of the deputies to the Chief of MI6 (C).

“MI6 needs to be at the cutting-edge of technology in order to stay ahead. As Q you are responsible for the teams who create and adopt technologies to enable our mission against the UK’s hardest adversaries.”

It continues: “You turn disruptive technologies from threats to our operations into opportunities, putting MI6 at the leading edge of digital innovation. You will be a senior, entrepreneurial leader, with experience leading a cutting-edge digital, technology, or engineering business, and a track record of delivering digital transformation and cultural change.

“With a collaborative leadership approach and inclusive management style, you will bring networks across industries and the skills to engage senior stakeholders across private and public sectors, building collaborative relationships.

“You will be passionate about bringing real value and benefit to the UK’s National Security, and will demonstrate integrity, courage and determined delivery.”