These days, Daniel Craig’s version of James Bond is more violent than ever. In 1974 Bond was more likely to employ a charm offensive. That was, until, The Man with the Golden Gun, which had Moore’s 007 attacking a woman.

The scene in question involved Moore’s Bond trying to get some information from Maud Adam’s character Andrea Adams.

Instead of convincing her, bribing her, or charming her, director Guy Hamilton suggested Bond pull her arm behind her back and torture her, threatening to snap the limb in two for the information.

Moore was horrified by this directorial decision. He said in 2008: “That sort of characterisation didn’t sit well with me, but Guy was keen to make my Bond a little more ruthless.”

The actor proposed a different path for the super spy: “I suggested my Bond would have charmed the information out of her by bedding her first.” (Via Reuters)

James Bond: Roger Moore was not happy about a few scenes in his movie (Image: GETTY) 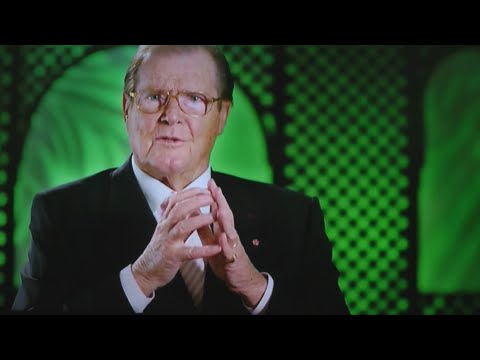 Moore was adamant that his version of Bond was a lot more cunning and certainly less cold-hearted.

He added: “My Bond was a lover and a giggler, but I went along with Guy.”

This wasn’t the only piece of The Man with the Golden Gun that Moore vehemently disagreed with.

Another scene in the movie showed Bond pushing a young Thai boy off of a boat.

James Bond: Roger explained how he didn’t agree with the scene (Image: GETTY)

James Bond: The star didn’t like the scenes (Image: GETTY)

In a retrospective for the franchise, Moore recalled how horrifying the scene was.

He said: “I look back on that with absolute horror.

This scene was, again, included to show just how “ruthless” Bond could be when he needed to be.

The trend of the Bond franchise becoming more violent as the series progressed has been something Moore did not like.

Speaking when he released his memoir, My Word is my Bond, in 2008, he explained touched upon his disappointment for Craig’s new movies.

He said: “I am happy to have done [Bond], but I’m sad that it has turned so violent.

“That’s keeping up with the times, it’s what cinema-goers seem to want and it’s proved by the box-office figures.”

Moore was also admittedly “appalled” at the violence in his seventh and final 007 movie, A View to a Kill.

The British actor played the spy from 1973 to 1985 across seven movies.

He took over from Sean Connery and George Lazenby, before being replaced by Timothy Dalton.

Back to the Future: Michael J Fox’s huge change of heart to how he sees Marty McFly movie

Previous articleXavi: I am open to all options and the possibility of returning to Barcelona as a manager
Next articleUS State Department Condemns attack on King Abdullah Airport of Saudi Arabia | World news