James Bond: Roger Moore’s The Spy Who Loved Me co-star ‘proud’ to be called a Bond girl

Next year marks the 60th anniversary of the James Bond film franchise and as with any series that’s lasted as long as 007, some aspects are going to become outdated. Certainly, the earlier Bond movies starring Sir Sean Connery have been accused of sexism, while in more recent years there have been calls for Bond girls to be renamed Bond women. However, not all the leading ladies from the 007 movies are bothered by the Bond girl label.

When we asked the 72-year-old if she was proud to be called a Bond girl, the actress and model replied: “I am yes. To be part of an extraordinary franchise I feel very honoured really.

“No I don’t mind it at all, I really don’t mind. It makes you feel quite young too! Which is quite nice.

“Whichever way people want to see you. To be part of the Bond franchise I just feel very fortunate.”

James Bond: Roger Moore’s The Spy Who Loved Me co-star ‘proud’ to be called a Bond girl (Image: GETTY)

Caroline Munro on the set of The Spy Who Loved Me with Roger Moore and Barbara Bach (Image: GETTY)

Caroline has fond memories of various special shows where former Bond girls have come together.

She said: “It’s fantastic. A lovely gathering of magnificent Bond women. They are very different in their ways but they’re all very special and unique.

“All the Bond women I’ve met, and I’ve met a lot of them, most of them actually, they’re just magnificent.

“Bond women, Bond girls. Whichever way they like to be.”

What do you think? Should Bond girls be called Bond women today? Join the debate in the comments section here 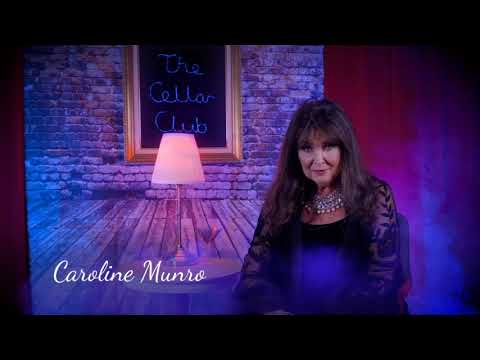 Asked what she thought of how the Bond movies have changed since her 1977 outing, Caroline said: “The new beginning started with Piers Brosnan. It became much stronger and very realistic.

“It still had the one-liners, which Roger was synonymously famous for. He was a brilliant master of that.

“It’s evolved very much in the right way. I think a change came with the Bourne films.

“I think that Bond had to step up a little bit in so far as it became a lot more harder hitting [with Daniel Craig].”

Caroline added: “I think Barbara Broccoli’s done an amazing job. She’s seen what’s going on to bring it up to date. I can’t wait to see the new one!

The Bond girl and Hammer Horror star was promoting her new Talking Pictures TV show The Cellar Club, which airs on Friday nights.

The 72-year-old said: “It’s very exciting because it’s such a different kind of show. To be asked to do it, I was absolutely delighted, what an honour really.”

The Cellar Club with Caroline Munro broadcasts on Talking Pictures TV on Fridays at 9pm on Sky 328, Freesat 81, Virgin 445 and Freesat 306.

Previous articleIn the images, the testimonies of two journalists were whipped by the Taliban
Next articleWarzone Season 5 Reloaded update patch notes and download NEWS