Connery famously had to be lured back to Bond with a record-breaking pay cheque of $1.25million and has openly spoken of his unwillingness to return. He had been replaced by George Lazenby, who then sensationally quit after On Her Majesty’s Secret Service. Nervous producers were desperate to secure their bankable original leading man, and so the Scot was able to name his exorbitant price. He was also recently separated from his wife Diane Cilento and determined to play hard on set. SCROLL DOWN TO SEE LANA WOOD’S SCENES (INCLUDING DELETED SCENES) AND AN INTERVIEW TALKING ABOUT HER TIME AS A BOND GIRL

Wood was called in to audition after the filmmakers saw her recent spread in Playboy. Although she was the sister of Hollywood royalty, the voluptuous Lana Wood had struggled to match Natalie’s success.

Her assets were front and centre in her opening Bond scene as opportunist Plenty O’Toole where she approaches Bond at a casino table and says: “Hi, I’m Plenty.” The secret agent pauses, looks her up and down and drawls, “Well, of course you are.”

Unsurprisingly, the next scene sees them heading to his bedroom, mirroring what was actually secretly happening behind the scenes. When Wood was interviewed and asked if she had a favourite part about making the film, she unashamedly said: “Oh absolutely…smooching Sean!”

.James Bond Sean Connery: Booze needed for iconic scene ‘He was so nervous’

Wood later said Connery had instigated the affair: “I was never that forward. We went out to dinner, then met some of his friends, then went for a walk, and you know…

“We actually started having an affair before filming began, but we kept it secret. Neither of us was married at the time, but it still isn’t done to be public about it. I remember being very embarrassed when we had to do the love scenes, because we were trying not to let people know. You want to be a good actress, but for it not to seem too convincing.

‘Sean was the combination of a rough, tough guy and a charmer, a ladies’ man.” 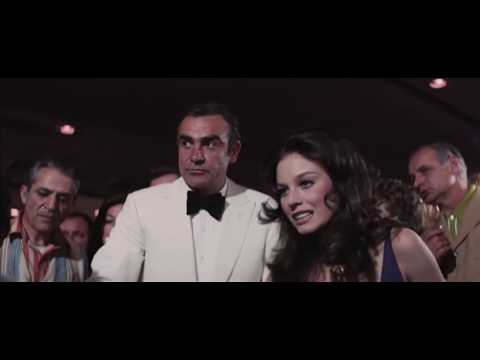 Wood added: “I think anyone would be hard-pushed to resist Sean.

“I do find it funny that I felt such a need to be honest and upfront with him, telling him that I couldn’t keep seeing him once we finished filming. As if he was even thinking about that! He was probably laughing away to himself. “

In fact, there were also reports that the actor was having an affair with the movie’s main Bond girl, Jill St John, who played Tiffany Case.

The two actresses would become embroiled in a lifelong feud, although it had nothing to do with Connery at all.

Meanwhile, Wood’s on-screen experience was rather less satisfying than she had hoped.

In her second scene she is about to bed Bond when thugs burst in and throw her out of the window in just her underwear. Fortunately, there was a swimming pool below. 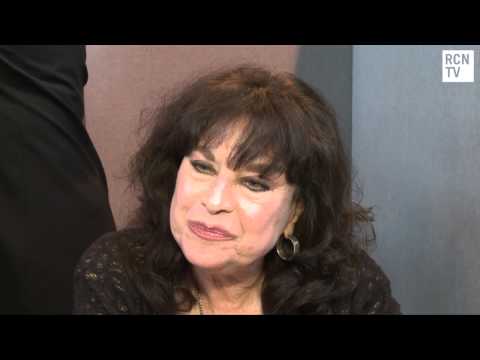 Although it was a real pool at a hotel, not a set, Wood had been promised it was nighttime and nobody would be watching. Instead, she found all the hotel guests crowded at their windows and watching as she emerged dripping in see-through underwear.

Far more upsetting was her realisation at the premiere that all the scened she filmed after that had been completely cut from the movie, apart from a moment when Plenty’s dead body is found floating in another pool.

Wood said: “I hadn’t seen the film and they sent me on a tour all over the world. I came home, went to Grauman’s Chinese Theatre with my bag of popcorn and my best friend. We sat down and I was watching, watching and I bent over to pick up my popcorn from the floor and sat up and went ‘I’m dead!? What happened to everything in between?’

“I was devastated. They had cut out so much that explains Plenty. As an actress you try to paint an entire character. It made so much more sense. There was plenty more of Plenty!”

As so often happened, she admitted her career also failed to flourish after being a Bond girl: “It is true that the Bond role didn’t open the doors I maybe thought it would. In fact, it didn’t open any doors at all. All I was offered were sexpot roles, and you can’t be doing those forever. I did suffer from being stereotyped.”

In her personal life, she spent much of her life fighting to have the shock death of her sister investigated, which also lead to frequent clashes with Natalie’s husband, Robert Wagner and his new wife, Diamonds Are Forever co-star Jill St John.

Natalie was found drowned at sea on November 29, 1981, while she was on a boating holiday with Wagner and their friend, fellow actor Christopher Walken. Lana Wood has consistently protested that some form of foul play was involved, although no investigation has found any such evidence.

DIAMONDS ARE FOREVER IS ON ITV ON SUNDAY, SEPTEMBER 26 AT 2.10PM