A Japanese researcher has studied known mass extinctions in the past and predicted when a similar event will await the inhabitants of our planet in the future.

The Interesting Engineering website reported that calculations by Tohoku University climate scientist Kunio Kayo indicate that the next “end of the world” will come in the distant year 2500.

In this regard, it has been reported that our planet repeatedly goes through cycles of temperature change, and as the cycle progressed from the peak of extreme cold to extreme heat, there were times when a large number of life types disappeared in a relatively short period. This is called a mass extinction.

At the moment, it is known that the Earth has experienced five cycles of mass extinction in the last 540 million years. The largest of these events occurred 250 million years ago and claimed the lives of 95% of all life on the planet.

And since our planet is currently undergoing a stage of global warming, that is, it is in the stage of “warming”, the next mass extinction, according to scientists, will occur when the temperature rises by 9 degrees Celsius.

The worst-case scenario assumes that such a catastrophe will occur by the year 2500. In addition, previous projections have shown that even a 5.2°C increase in average temperature will lead to a drastic reduction in the diversity of plants and animals on Earth.

Climate scientists warn that the planet’s temperature at current levels of greenhouse gas emissions could rise by 4.4 degrees Celsius by the end of the century.

Global warming will lead to flooding in cities, as the non-profit team Climate Central previously predicted how famous cities will change after sea levels rise due to global warming and melting ice.

Russian expert explained the causes of the eruption of the Stromboli... 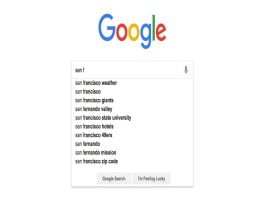