“Bigg Boss 14″ star Jasmin Bhasin features in the music video of the new Punjabi track “Tenu yaad karaan”, which was released on Tuesday.

The romantic track has been recorded in the voices of Gurnazar Chattha and Asees Kaur, on Gurnazar’s lyrics and composition. The video is about romance blooming between a young boy and a girl at a Punjabi wedding, and features Jasmin with Gurnazar.

“Gurnazar is an extremely soft-spoken person and very sweet. I think I definitely found a friend in him and it didn’t feel that I was meeting him for the first time for the shoot. It was such a comfortable atmosphere on the set. Now, whenever I am in Punjab, I can bother Gurnazar and hang out with him!” said Jasmin.

Gurnazar said of Jasmin Bhasin: “She is a fantastic actress and an amazing human being on and off screen. I just loved working with her. I can safely call Jasmin my best co-star.” 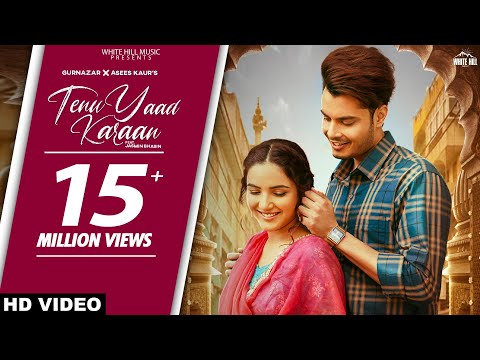 Aly Goni’s most heartbreaking moment on Bigg Boss 14 was watching Jasmin Bhasin leave the house, once she was evicted from the show.

“The one thing I wished would not have happened in the house was Jasmin’s eviction. I wanted to see us in the top two,” said Aly, who is currently vacationing in Kashmir with rumoured girlfriend Jasmin.

However, he admits the show helped him build a positive image, as he was praised for the support he extended to Jasmin, and later Rahul Vaidya.

“My intention to play for my friends was good. I’m that way in the outside world, too. For me, relationships matter a lot. It never crossed my mind that playing for my friends will make my game strong. I was just being true to myself,” he said.

CarryMinati On Joining Bigg Boss: “I Would Rather Accept 400 Years Of Slavery” [Throwback]