The Call The Midwife star, 68, will be joined by Sheridan Smith and Sir Tom Courtenay, 84, for The Railway Children Return, out in April. The original film, released in 1970, told the story of a mother and her three youngsters who move to Yorkshire in 1905 after their father is falsely imprisoned.

The film also starred Dinah Sheridan, Bernard Cribbins, Sally Thomsett and Gary Warren. Jenny was a teen when she shot to fame as the oldest of the children, who stopped a steam train from hitting an injured boy by waving her red petticoats.

The new film will be shot in key locations from the original film, including Oakworth station in Haworth, West Yorkshire, and the nearby Bronte Parsonage. 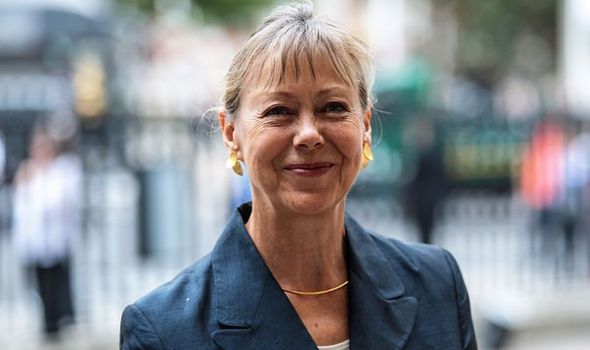 Jane Agutter will reprise her role in The Railway Children Return (Image: Getty )

The Keighley and Worth Valley Railway from the original film will also feature.

The sequel will have a new generation of child stars who are evacuated to a Yorkshire village during the Second World War, where they encounter a soldier who is far from home.

Disenchanted Release Date, Cast, Plot, And Everything We Know So Far