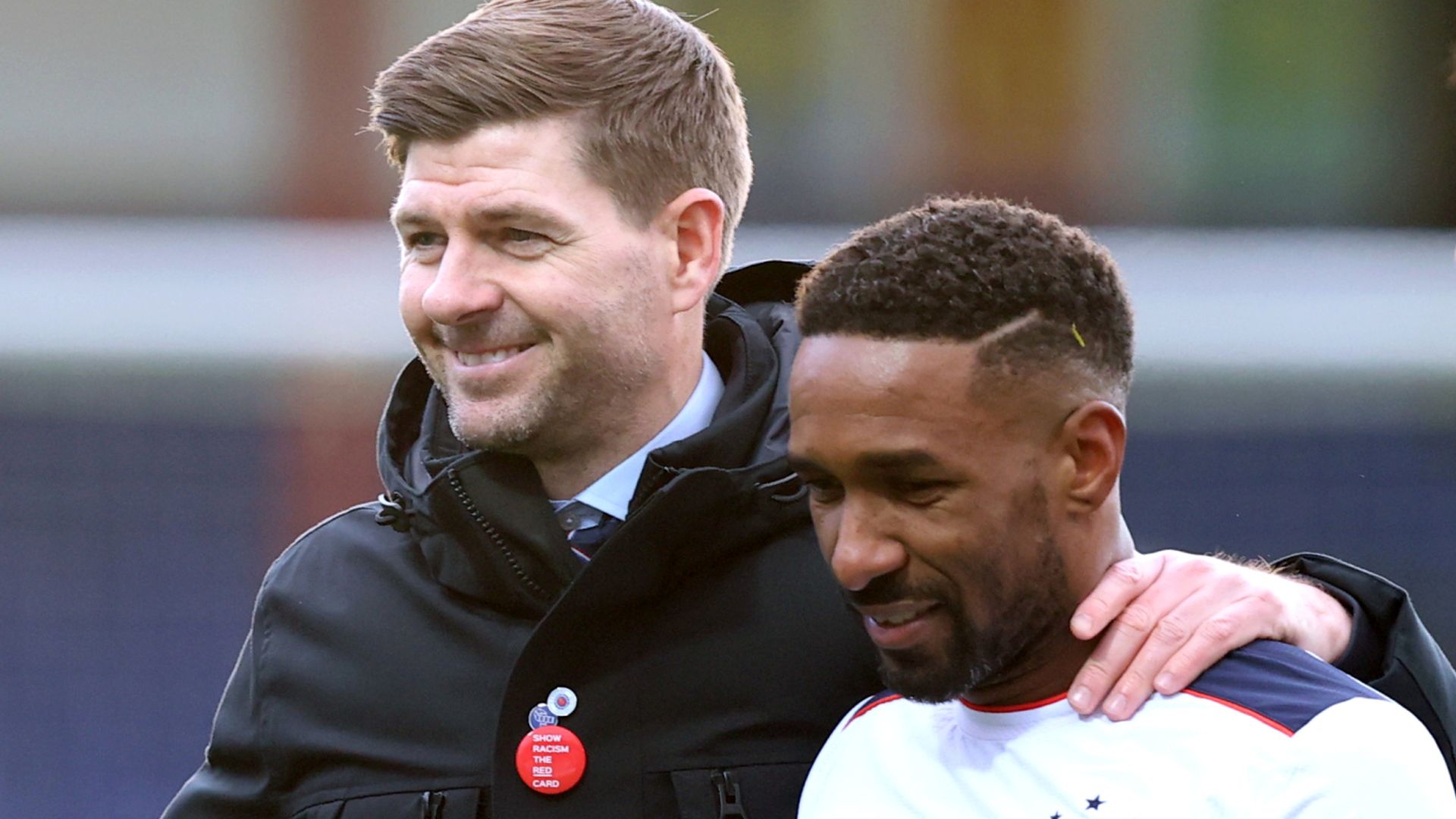 Steven Gerrard has revealed Rangers have opened talks with Jermain Defoe as
they plot out the next stage of the striker’s career.

The 38-year-old former England forward proved he can still play a part for Gerrard’s newly-crowned champions as he rounded off Sunday’s 4-1 Old Firm win against Celtic with a goal in injury time. His first derby strike was Defoe’s sixth goal in 18 outings this term.

But with Defoe’s Ibrox deal expiring in June, he has been linked with a potential return to Sunderland, should Lee Johnson’s team seal promotion to the Championship through the League One play-offs.

However, Defoe has also opened up on his desire to move into coaching as he winds down his playing career. Now, Gerrard has confirmed discussions have taken place to map out the player’s future.

“It goes without saying that Jermain Defoe is someone I have the ultimate respect and admiration for,” the Rangers boss said.

“He’s been a wonderful player. He’s had a wonderful career. To get him up here in the first place was something I was keen to do, because I knew he would help the group in the way he goes about his business. He’s a top professional.

“We’re in talks with Jermain at the moment about what’s next for Jermain. But we want to be really respectful, we want to give him the time to make his own decisions.

“I think he’s at a stage in his life where we’ll listen to Jermain and see what he wants to do moving forward.

“We’ll go from there. I don’t think it’s right for me to divulge right now what’s been said from my point of view and from his. But we’ll certainly respect Jermain in terms of his own decisions moving forward.”

“At the beginning of the season, just getting back into the training ground and among training was a real high,” he said.

“I got a real good feeling about the season. We had a lot of talks during lockdown, a lot of one-to-ones and group meetings with the team.

“I got a real special feeling from the players. But obviously the night of the St Mirren game when we got it over the line from the 55 point of view (Rangers’ 55th league title), I think that’s been my best feeling at Rangers by a long
way.

“It’s given me the hunger to go and try and build on that now and achieve more.

“That was a big part of the remit when I came here – what they wanted. So to do it in this historic year was a real special feeling for everyone connected with the club and I think that has to be the highlight.”

Gerrard still remembers the advice he received from Jurgen Klopp prior to becoming Rangers manager in 2018.

It has been three years since Gerrard took charge at Ibrox and will mark that milestone in style when Rangers lift the Premiership trophy for the first time in a decade.

But the 40-year-old won’t be getting too carried away thanks to a chat with Klopp while still at Liverpool.

Gerrard told Sky Sports: “I remember having a conversation with Jurgen about management before I even took this role – ‘what are some of the key things you can tell me? What can I take from you that will help me moving forward?’

“He always said to try and be as balanced as you can. Now I know exactly why he said that.

“Because this journey takes you all over the place – incredible feelings, but it has also taken me down as well.”

Gerrard plans to sit down and analyse the season in a couple of weeks but says thoughts will quickly turn to the next campaign.

“I’ll be immensely proud of what we achieved, I’ll reset myself and do whatever I need to do in the background to try and make this group as strong and competitive as I can,” he said.

“I’m as ambitious as anyone connected to this club. I want to try and get this club Champions League football and to defend our title with our life, and I want to put the cup thing right as it doesn’t sit well with me.

“I want to come back in pre-season with a fair chance of being successful, that’s all I ask for. Hopefully, the board will support me on that and we go again.”