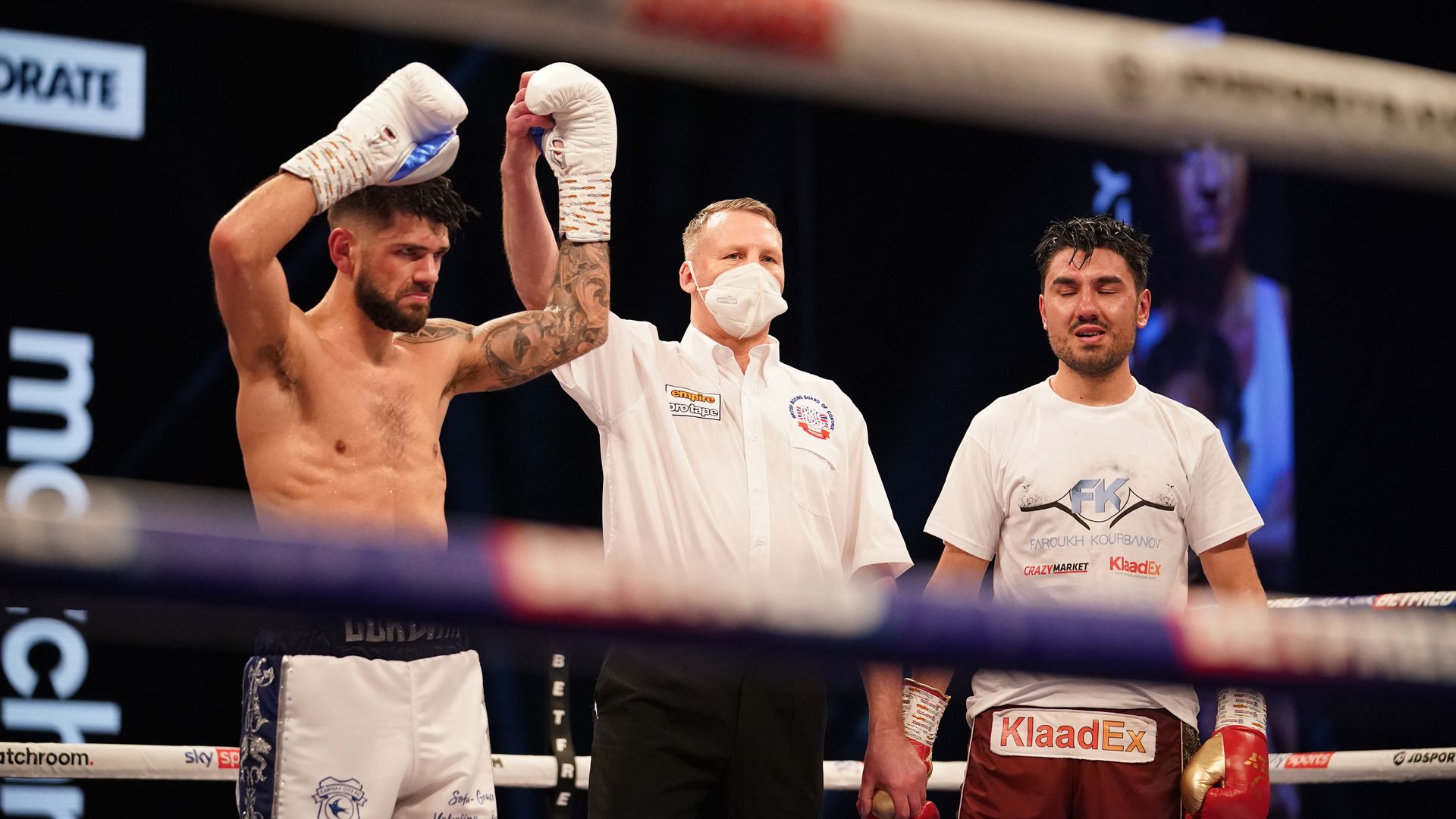 Joe Cordina’s superior skills paid dividends as he beat Faroukh Kourbanov by majority decision at the SSE Arena in Wembley to retain his unbeaten record.

With one judge having declared the fight a draw, scores of 98-93 and 96-95 were enough to see Cordina register his 12th straight victory in the professional ranks.

Cordina showed his class in the first half of the super-featherweight fight before somewhat fading as he was forced to settle for the points win in his first fight since 2019.

Despite the frustrating period of inactivity, Cordina looked sharp in the first round, peppering his opponent with slick combinations.

The Welshman continued to show his amateur pedigree in the second and third, slipping effortlessly in and out of range.

Kourbanov began to grow into the fight as the pair stood toe to toe in the fifth, while the Belgian had one of his best rounds in the sixth.

Cordina seemed content to stand his ground from the seventh as he struggled to go up the gears.

With the 2016 Olympian having racked up the early rounds, there was little to separate the two in the closing stages as Cordina did just enough to triumph.

Cordina told Sky Sports: “Could have been better but at the same time, I got a good 10 rounds with a difficult opponent.

“He was quite tricky, quite cute. I’m just glad to be back and get a few rounds under my belt before I move on.

“I know I can hurt people when I need to.

“This fight was about getting rounds under my belt. I could have pushed a little bit more and let my hands go a bit more but I felt comfortable, I didn’t get out of second gear.”

Previous articleViolence, breakdown and internal war. Lebanon has been turned into the unknown
Next articleBengal Crime Investigation Department To Probe “Attack” On Chief Minister In Nandigram