Meghan and Harry recently announced their second child Lilibet Diana Mountbatten-Windsor had been welcomed to the world, weighing 7lbs 11oz. Tributes to the Duke and Duchess of Sussex were made the world over, including from the likes of Harry’s brother Prince William and wife Kate, Duchess of Cambridge. Charles himself expressed his delight, telling reporters it was “such happy news” as he visited the Mini car factory in Oxford earlier this week.

His comments come at a time when deep divisions between Charles and his son appear to be forming, particularly after Harry criticised his father’s parenting style in a recent interview.

The Sussexes have been embroiled in an ongoing row with other members of the Firm since their landmark interview with TV legend Oprah Winfrey aired in March.

They aimed a series of allegations, including on race and mental health, towards the Royal Family, causing further tensions following their decision to quit senior duties in the Firm last year.

But before the cracks in relations between the Firm and the Sussexes appeared in 2019, when Harry and Meghan opened up about their mental health struggles during their African tour, John warned the former actress of what it would be like marrying into the Royal Family. 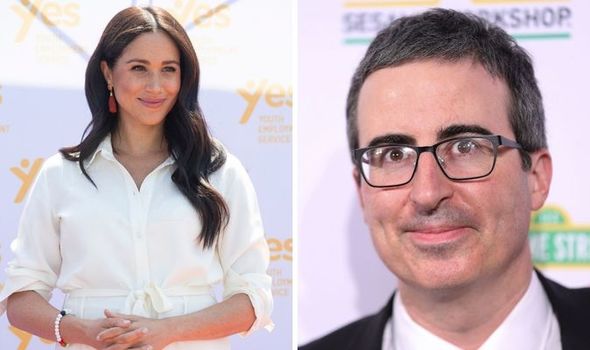 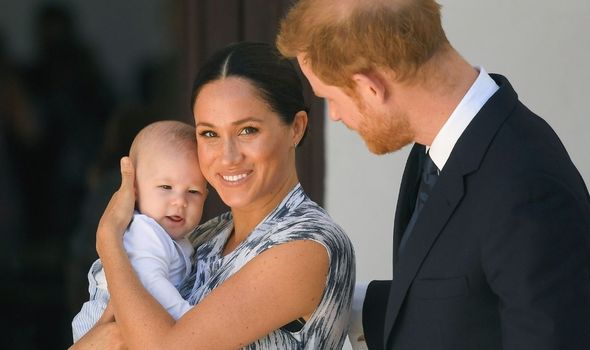 The 44-year-old chat show star was appearing on CBS’ The Late Show prior to Harry and Meghan’s incredible 2018 royal wedding, and said he “would not blame” the Duchess of Sussex for pulling out of marrying into the Firm, given their previous history.

The Last Week Tonight presenter told the show’s host Stephen Colbert: “I don’t think you need to have just seen the pilot episode of The Crown to get a basic sense that she might be marrying into a family that could cause her some emotional complications.”

Stephen argued, however, that the new generation of royals, such as Kate and William “seem like nice people”.

JUST IN: Kate and William’s post about Meghan and Harry’s daughter dissected 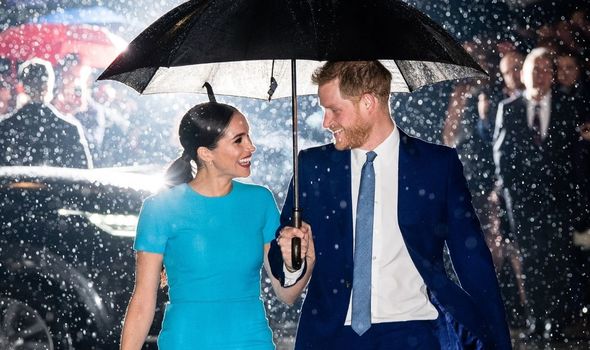 Prince Harry and Meghan Markle while members of the Firm (Image: GETTY)

“That’s what she’s marrying into. So, I hope she likes it, it’s going to be weird for her.”

Following the revelations during the Oprah interview, John’s comments re-emerged, and the British comedian described the broadcast as “amazing” but that he “didn’t find any of it surprising”.

Speaking on The Tonight Show after it was aired, John added: “That is kind of what I felt like, sadly, her experience was going to be going in.”

DON’T MISS:
Harry and Meghan ‘applauded’ as royal couple defended by Kevin Clifton [ANALYSIS]
Princess Diana would have been ‘so excited’ by birth of Lili [INSIGHT]
Doria Ragland praised for ‘most special’ gift to Meghan after birth [LATEST] 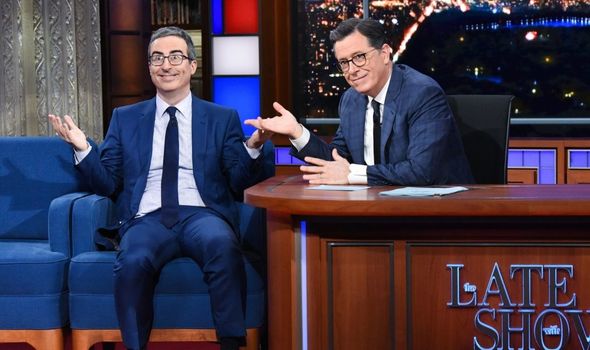 Despite Charles and Harry’s reported rift still dominating royal discussion, the Prince of Wales and his wife Camilla, Duchess of Cornwall, paid tribute to his fifth royal grandchild.

Lilibet joins Archie inside the Sussex fold, while Charles also has Prince George, Princess Charlotte and Prince Louis from his eldest son William.

In marking the occasion, the couple wrote on social media: “Congratulations to Harry, Meghan and Archie on the arrival of baby Lilibet Diana. Wishing them all well at this time.”

The Oprah interview was not the only time in recent months that Harry has rattled the royal cage – in particular his father’s. 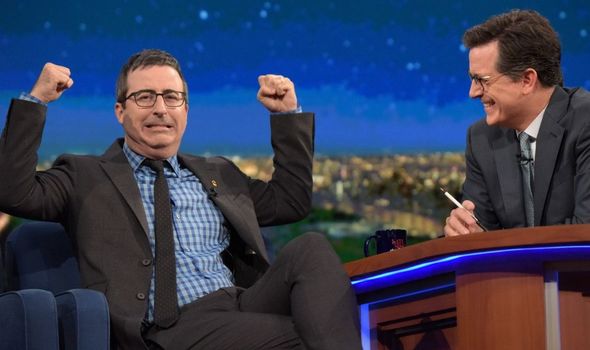 He detailed the misery he felt growing up, and frustration with Charles, during his new Apple TV+ docuseries The Me You Can’t See.

The 36-year-old said: “My father used to say to me when I was younger, ‘Well, it was like that for me, so it’s going to be like that for you.’

“That doesn’t make sense — just because you suffered, that doesn’t mean that your kids have to suffer, in fact quite the opposite.

“If you suffered, do everything you can to make sure that whatever negative experiences that you had, you can make it right for your kids.

“Isn’t it all about breaking the cycle? Isn’t this all about making sure that history doesn’t repeat itself?”