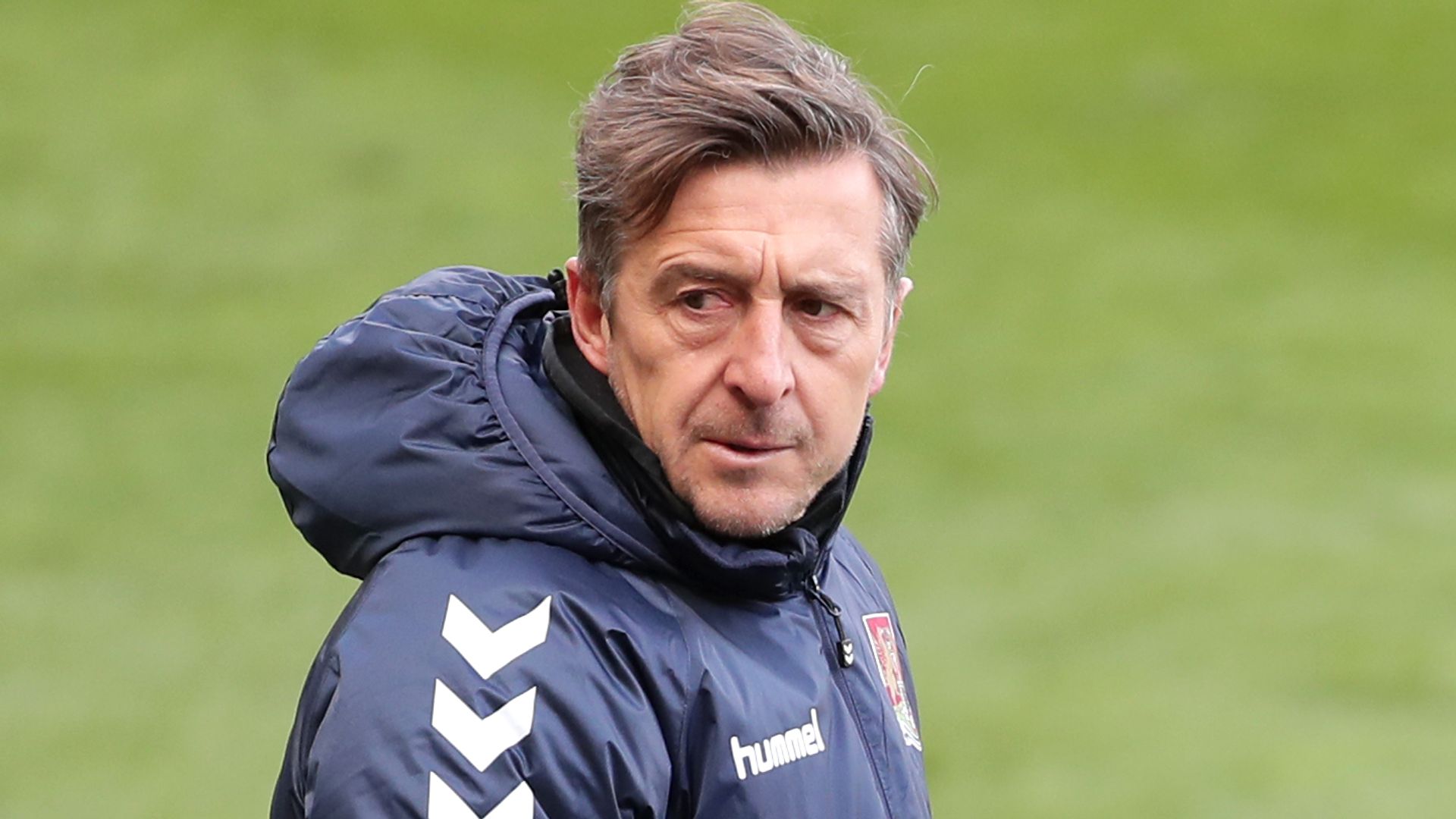 Brady assumed the caretaker role in February after the departure of Keith Curle, and in March it was confirmed that the Australian coach would remain in his post until the end of the season.

The 46-year-old was unable to prevent the Cobblers’ relegation to League Two, with their fate having been sealed following the 3-0 defeat to Blackpool last week.

They play Sunderland in their final game of the season at the Stadium of Light on Sunday.

He has won five of his 20 matches in charge during 2020/21 and will now attempt to guide the club back to League One at the first time of asking.

Brady won seven trophies in his six-and-a-half years in charge of non-League Brackley Town, before joining the Northampton Town Academy in 2015 where he rose through the coaching ranks.

Brady said: “I am proud and delighted to be appointed the manager of Northampton Town.

“I will give this job my total commitment and will do everything I can to be successful.

“I have often spoken about how I see Northampton as my adopted home town and being part of the community, I know how much the club means to the community and the town. I understand and feel the responsibility that comes with managing this football club and we will leave no stone unturned in our bid to get better and better and enjoy success.

“I have spoken a lot with the Chairman and James Whiting over the last few months about the changes in structure at the club and I am very pleased with the changes we have put in place.

“The last couple of months have given us a chance to assess the squad and that is important, we have a big summer ahead and we can’t wait to get going.

“A huge thank you is due to Marc Richards, Ian Sampson, Dan Watson and all the staff for their work and their support and I am delighted that all will have important roles to play as the club moves forward.”

Chairman Kelvin Thomas added: “Jon has impressed us with his work since taking caretaker charge.”

“All of the statistics have shown improvement with the players Jon inherited. We score more goals per game, we concede fewer, our points per game is higher and our performances have been better. We are all disappointed we weren’t able to avoid relegation but we felt we saw improvements in the work with the management team.

“Within the new structure we have spoken a lot about the player pathway and having a clearer identity for the club. With that in mind, no one knows the young players coming through better than Jon and we wanted to appoint a management team who understand the club and are clearly very passionate about Northampton Town doing well throughout the whole club.

“Of course, the pressure is still on to win games and it is our aim and intention to try and return to League 1 at the earliest opportunity. Jon enjoyed success as a manager locally with Brackley Town and also enjoyed a successful period with our under 18s, so he knows how to win games and be a success. He has that winning mentality, he has done his apprenticeship and we feel he is now ready to step up.

“We have taken our time over this decision and we have turned to some very experienced people for advice, including the likes of Graham Carr, and we are delighted to appoint Jon.

“Within the new structure, Marc Richards will have a particular focus on developing the young professionals, while as well as a new Head of Recruitment, we will be looking to appoint an external candidate with experience to help Jon and Marc who we expect to appoint by the start of the season.”

Previous articleViolation Of Weekend Lockdown Won’t Be Allowed: Punjab Chief Minister
Next articleRuth Langsford says she's 'nervous' to embark on fitness overhaul 'I will push through'