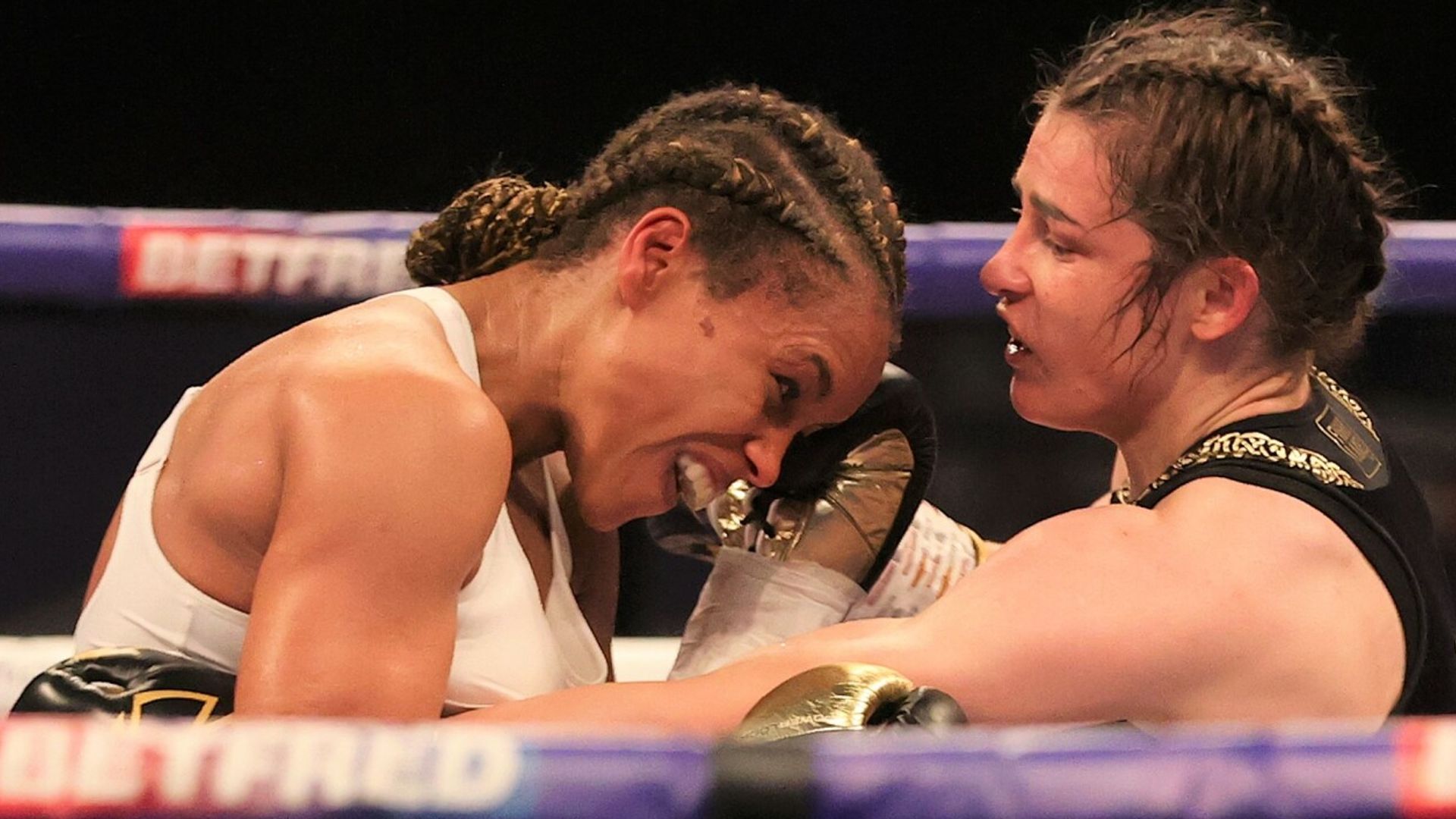 Katie Taylor retained her undisputed world lightweight titles with a narrow points victory over Natasha Jonas after a thrilling fight in Manchester.

The Irish star shared another memorable meeting with Jonas, nine years after their London 2012 bout, as Taylor was forced to dig deep for the win with scores of 96-94, 96-95 and 96-95.

In a tense opener, Taylor burst forward to deliver a flurry of shots as Jonas retreated to the ropes.

Taylor showed her speed in the second, pumping punches through the guard of Jonas before referee Marcus McDonnell halted the frenetic action following a clash of heads.

Jonas fired back in the third, sparking a fiery exchange of punches, but Taylor responded with sharp counters in the fourth.

Targeting the body, Taylor was trying to stall the aggressive assault from Jonas in the fifth.

But Jonas was standing firm, landing a hook that forced Taylor’s legs to dip in the sixth.

In a superb seventh, Taylor traded with Jonas, who was relishing the exchanges at close quarters.

With her world titles at risk, Taylor pumped out punches relentlessly in the eighth, and ripped in an eye-catching right hand in the ninth.

The 10th round was a fitting finale, with a torrent of punches from both fighters before Taylor emerged victorious.

Previous articleBritney Spears 'under conservatorship because she has dementia', dad claims in court docs
Next articleHow To Check Puducherry Election Result 2021 Online