On Thursday evening, just hours after the news broke of his departure from Leeds Rhinos to take a coaching role in rugby union broke, Kevin Sinfield OBE will be down at his old amateur club Saddleworth Rangers coaching the next generation.

The 40-year-old has spent the past couple of years playing an active coaching role with the team his son plays for as they have progressed through the age groups to their current U16 level, and hopes to continue doing so for as long as possible.

In contrast, his day job as Leeds’ director of rugby, which he will leave at the end of the 2021 Super League season, has seen the working on the training ground increasingly take a back seat to administrative duties since he took it on three years ago.

That desire to be working in a high-performance coaching position led to Sinfield coming to the decision to seek opportunities away from Emerald Headingley, while his recent fundraising work in support of former team-mate Rob Burrow and the Motor Neurone Disease Association helped open his eyes too.

“Finding myself quite a distance away from the rugby and performance, that’s exactly where I want to be,” Sinfield said.

“It’s something I’ve become pretty passionate about and I think if you add to that the experiences of the fundraising and the satisfaction of helping people through that, I think you can sort of understand the natural next chapter for me. 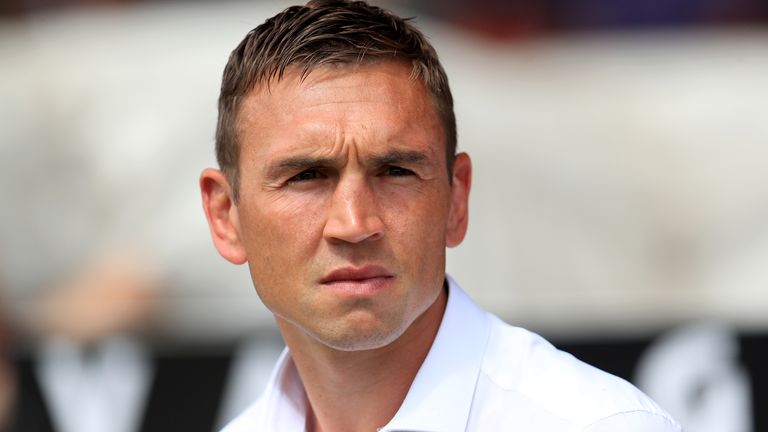 I think when you’ve played the game for so long, working with players, seeing them improve and develop is something I’ve really enjoyed.

Tigers head coach Steve Borthwick is in no doubt Sinfield’s leadership qualities, which saw him captain Leeds to multiple Super League and Challenge Cup triumphs in his playing days, and experience will make him an asset in the 15-man code.

“It is incredible to be welcoming someone of Kevin’s calibre and experience to our club,” Borthwick said. “The vast and unique experience that Kevin will bring to our coaching means he is a great addition to our team.

“He is a serial winner and an inspirational character who possesses the hard-working and tough qualities we want at Leicester Tigers.”

Leicester Tigers will welcome Kevin Sinfield OBE to the club’s coaching staff ahead of the 2021/22 season.

As well as replacing Ford – one of the first generation of rugby league players to take coaching roles in union – Sinfield joins several of his contemporaries from Super League who are now in Premiership coaching roles in Mike Forshaw, Paul Deacon (both at Sale Sharks as defence coach and head coach respectively) and Martin Gleeson (Wasps attack coach).

It will not be his first foray into rugby union either, having closed out his playing days by spending the 2015/16 season with Yorkshire Carnegie in the Championship, but Sinfield has already told both Rugby League World Cup 2021 chief executive Jon Dutton and RFL CEO Ralph Rimmer he intends to keep supporting the sport he loves in any way he can.

“I might be going and doing a role away from the sport, but that does not mean my commitment, my support and love for the sport will change,” Sinfield said. “I’ll always have that and it’s time to move on.

Deacon and Gleeson on the attack in union

“There are a number of former players the sport has who don’t work in the sport, but continue to be great ambassadors and champion rugby league – and I’d love to be one of those.

“My heart and my head will remain firmly rugby league. It’s given me everything I’ve got, it’s given me the best memories and friendships I could ever wish for, and I’ve played it since I was seven.

“It still means everything to me and that will remain. Now, I can enjoy the sport as a supporter and a fan, and I’ll help wherever I can.”

The performances of the scholarship and academy teams, the return of the women’s team and growth of their academy set-up, and the younger players making their way for the Rhinos in Super League are some of the things Sinfield is proudest of from his time as director of rugby. 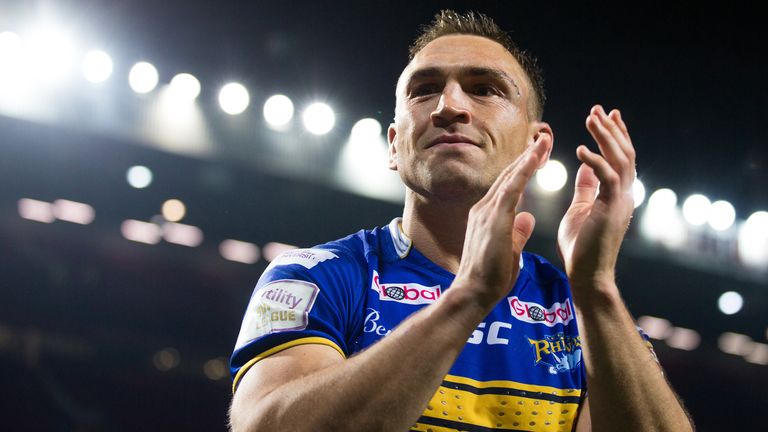 My heart and my head will remain firmly rugby league. It’s given me everything I’ve got, it’s given me the best memories and friendships I could ever wish for, and I’ve played it since I was seven.

And while the role may not perhaps be as fulfilling for him as it once was, the former England and Great Britain international has learnt several valuable lessons he will take with him as he embarks on this new job with Leicester.

“The first thing I’d say is there is no manual, and it’s probably just confirmed to me my own values and morals in how you treat people,” Sinfield said.

“Being honest, being respectful, having good human qualities – when you work in an environment where people are involved, they are fundamental.

“I’ve given it my best shot, I’ve tried to be fair and balanced throughout the whole of this, and that’s certainly something I’ll take forward.”

Tuchel: Chelsea face the test more difficult against City in a 6-point game

Barcelona continues to stumble with the draw against Cadiz

Previous articleTamannaah Bhatia Reveals The Weirdest Thing She Has Applied On Her Face & It’s Gross Beyond Your Imagination
Next articleIndia women vs England women: England declares 1. innings at 396/9 in one-off exam against India