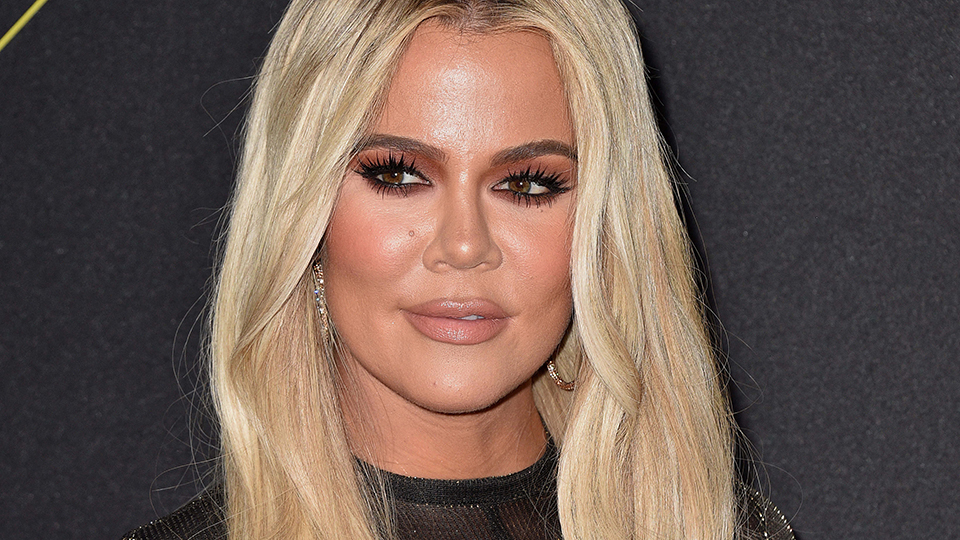 Not on her watch. Khloé Kardashian responded to Tristan Thompson’s alleged baby mama‘s fake DM, and she doesn’t sound happy to be dragged into this mess. The drama started when model Kimberly Alexander, who claims that Tristan is the father of her 4-year-old son, took to he Instagram to share an alleged screenshot from Khloé asking to set up a paternity test.

“Hey. Let’s talk. Listen at this point I really want to get this resolved. I’m not trying to drag this any longer,” the alleged message read. “How can we set up a second test and be done with this. We all know T is a liar how can we do this and put it behind us?” The screenshot also showed Khloé’s Instagram profile picture and verified blue check mark. Kimberly, who posted the screenshot on Monday, June 1, captioned the post with, “Sister wife now that ur exposed?? @khloekardashian I’m not the one so let’s be nice.”

Turns out, the DM is fake. According to a source for The Daily Mail, Kimberly photoshopped the screenshot to look like the DM came from Khloé when it really came from Kimberly herself. “Kimberly’s doctored it to make it look like Khloe DM’d her, but Khloe never did,” the insider said. “In fact, she has been messaging Khloe, and Khloe has not been responding to recent DMs and tags by Kimberly.” The Daily Mail also published a screenshot of Kimberly’s messages to Khloé, which shows that the alleged DM was originally written by Kimberly. The screenshot also shows several other messages that Khloé didn’t respond to, including one where Kimberly claimed to have sex tape with Tristan. “I can’t wait till the real news comes out u can’t pay off the blogs for the sextape that will be leaked,” Kimberly allegedly wrote.

In response to the drama, Khloé took to her Twitter to shade Kimberly for going to the “extent” of faking a DM from her. “I mean…. the extent people go through,” she wrote. Kimberly, for her part, also responded to Khloé, accusing her of creating “fake pages.” “She behind fake pages but the extent people will go through??” Kimberly wrote on her Instagram Story with a clown emoji. “You are the biggest clown @khloekardashian.”

According to The Daily Mail, Kimberly doubled down on the screenshot about Khloé’s DM and alleged that she had deleted it. Kimberly also claimed that she sent recordings of the DM to The Shade Room to prove its legitimacy. “She deleted it hours later please don’t try it!!!!” she wrote. “Shaderoom y’all received that recording after she unsent her messages. Don’t try it.”

In May 2021, Tristan launched a $100,000 libel suit against Kimberly for her claims. Kimberly first went public with accusations that Tristan is the father of her 5-year-old son in a paternity suit in 2020. According to The Daily Mail, a paternity test taken by Thompson in January came back as negative. However, Kimberly has claimed that the lab that administered the test falsified the results due to their connection with the Kardashians.

In his legal filings, Tristan claimed that the lab was one of the most reputable in the country. He and Khloé also sent a cease and desist letter to Kimberly before he filed his lawsuit, in which he described the model as a “wannabe social media influencer and pornographic model/performer who is so desperate to achieve her fifteen minutes of fame that she recently fabricated a false claim that NBA star/Cleveland Cavaliers center/power forward Thompson is the father of her nearly five-year-old son.”

The filing continued, “Alexander has persisted in publicly proclaiming that Thompson is her child’s father and she has maliciously accused Thompson of being a deadbeat dad, ‘neglecting’ and failing to take financial responsibility for the child since birth.”

TMZ reported in May 2020 that Tristan admitted to having a “one-night stand” with Kimberly during his rookie NBA season from 2011 to 2012. TMZ also reported that Tristan denies being the father of Kimberly’s child as the 5-year-old would be too young given the timeline of their hookup, which occurred before he started dating Khloé.

Along with his 3-year-old daughter, True, with Khloé, Tristan is also the father of a 4-year-old son named Prince with his ex-girlfriend, Jordan Craig.