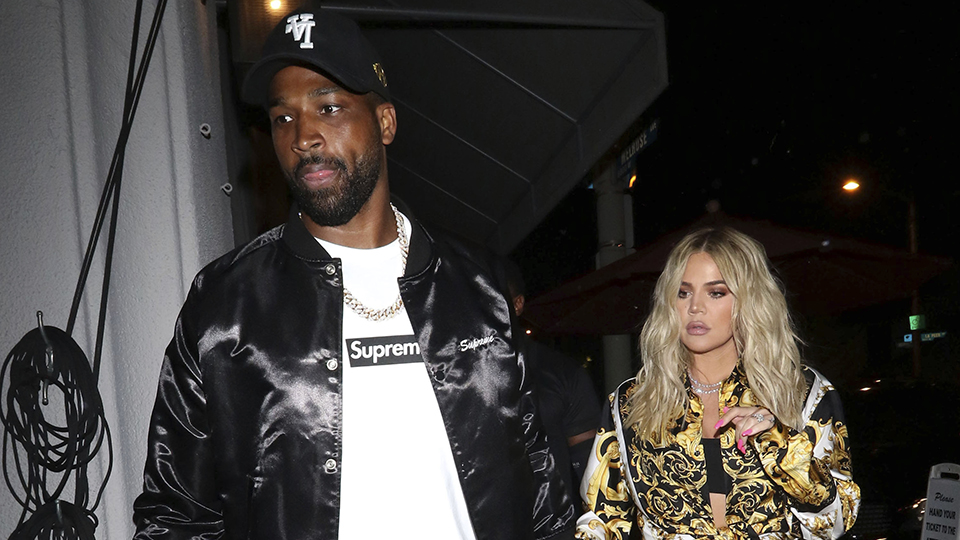 Fans want to know if Khloé Kardashian and Tristan Thompson are engaged after she posted what looked like an engagement ring on her Instagram.

The speculation started on Sunday, February 22, when the Keeping Up With the Kardashians star shared a picture of her in a swimsuit with nothing covering her butt but her hand and a massive diamond ring. “New @goodamerican shoes are dropping 2.25,” she captioned the photo, which promoted her fashion brand, Good American.

It didn’t take long for fans to assume the ring was an engagement ring given to Khloé by Tristan, her on-again, off-again boyfriend and the father of her 2-year-old daughter, True Thompson.”Is this her way of letting us know she’s engaged,” one user wrote. Another asked, “Is anyone else not going to talk about this ring?” One more commented, “THE RINGGGGGG GUYS.”

One comment also came from Tristan himself, who teased Khloé for not what was front and center in the photo (a.k.a. her ass and the diamond ring) but what was in the background.”WOW!!!!!!! That grass is cut to perfection ❤️????????????,” he wrote.

Khloé, for her part, also responded to the speculation by commenting back to E! News reporter Morgan Stewart, who wrote, “ARE THEY.” Khloé replied, “Yep! They are!” When she realized that fans thought she was talking about her engagement, she quickly clarified, “My reply was to the question ‘are they’? My reply is ‘yep they are’… meaning yes the shoes are dropping on 2.25.”

A source close to Khloé also confirmed to Page Six that the E! personality isn’t engaged and that she’s had the ring in the photo for a while. The insider also noted that the piece of jewelry isn’t even from Tristan. Speculation around Khloé and Tristan’s engagement comes after the couple confirmed in a trailer for season 20 of KUWTK that they’re trying for another kid. “I just feel like it’s now time to have another kid,” KoKo said in the trailer.

A source also confirmed to E! News at the time that Khloé and Tristan are “on the same page and both want another baby.” “Khloé knows the value of siblings and growing up in a house full of kids and she wants that for True,” the source said. “It’s something they have been working on for a while.”

The final season of Keeping Up With the Kardashians premieres on March 18 at 9 p.m. on E!.

Colton Underwood Of ‘The Bachelor’ Fame Comes Out As Gay