Television actress and who has appeared in many series, Asha Negi is now ready for her upcoming series. Recently, Asha was seen in ALTBalaji’s series ‘Baarish’ with Sharman Joshi. While both the seasons showed a lot of love from the audience, now Asha is ready for her upcoming Voot Original Series. The trailer video of the series was shared. Asha’s different style is being seen in the series ‘Khawaon Ke Parindey’.
The trailer of the series was released today. In the trailer, Asha plays the character of an excited and happy-go-lucky girl. Who has gone on a road trip journey with two of her friends. Asha makes the best of this journey by driving herself. In this journey, along with three friends, he meets a new stranger. The story of this series looks very interesting. Asha’s dialogues in the trailer video look full of comedy and excitement.

In the trailer, during this road trip, the battle between these four friends for their respective success and identity in life is seen. In which all four are troubled by their respective lives and are afraid of the journey ahead of their lives. Where he cries, laughs, gets angry, fights and recognizes life, the series stars Asha as well as Miss Universe India actress Mansi Moghe, Mrinal Dutt and Tushar Sharma in the lead roles. From June 14, this series will be released on Voot Originals which can be seen for free. All the actors looked excited for this series. Everyone showed their excitement by sharing the teaser video. Let us tell you that many series of Voot Originals have been well-liked, now it has to be seen how much this series will be liked. Asha shared the trailer video and wrote in the caption, ‘How excited are you for this super adventure journey? On June 14, these 4 parids will enjoy this adventure-filled journey. Will these four birds be able to make the best of their journey in this troubled environment? Watch Khwabon Ke Parindey on Voot Originals for free from June 14.. Asha Negi looked excited with such a caption. 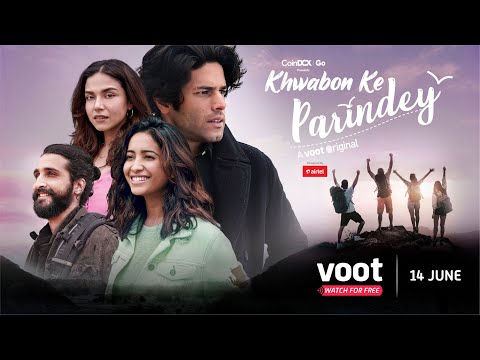 Previous articleWTC finals: Ajit Agarkar reveals what defines the Indian led by Virat Kohli side a force mean with
Next articleDid You Know? Kareena Kapoor Khan Once Took An Indirect Dig At Vidya Balan: “Being Fat Is Not Sexy!”