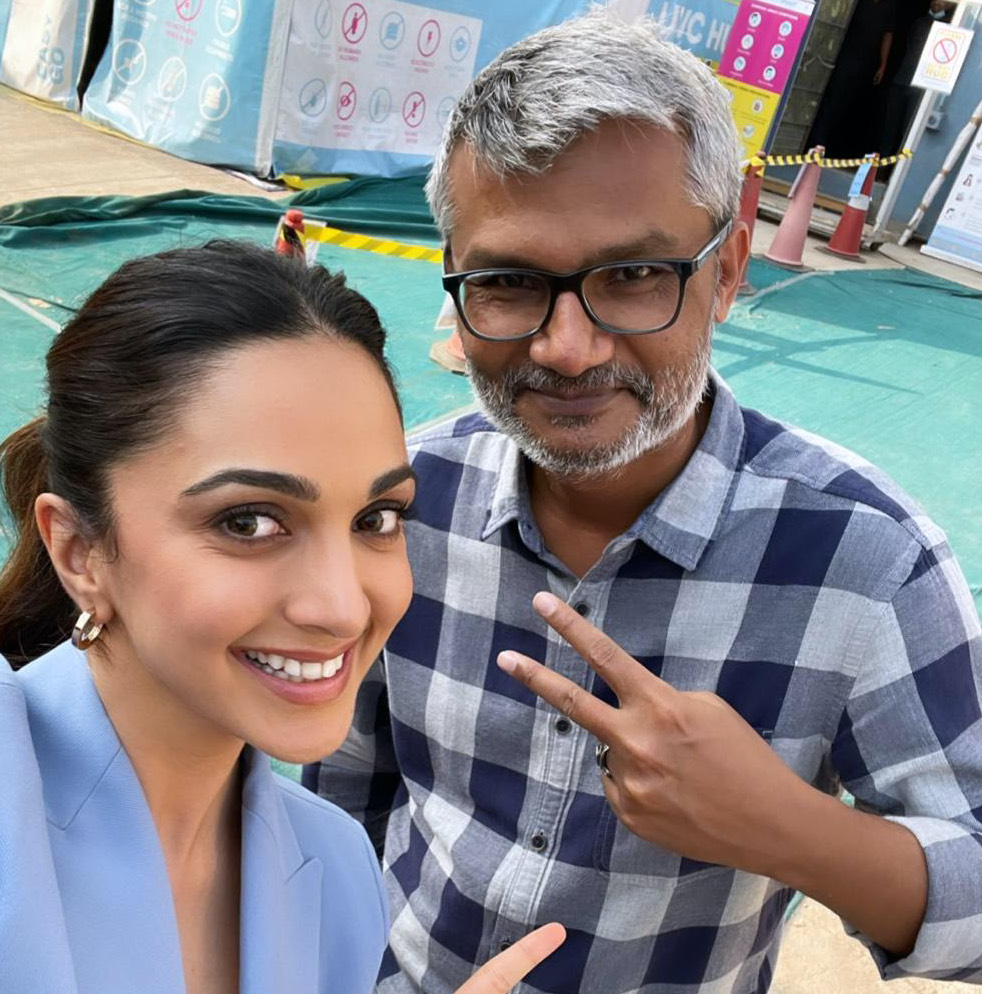 One of the busiest and most loved actors of Bollywood Kiara Advani has offered her fans another reason for excitement as she hints at a special association with the prolific filmmaker Nitesh Tiwari, who recently won the National Award.

While Nitesh Tiwari received the honour of National Award for ‘Chhichhore’, Kiara has been shooting for an upcoming project with the director, the same was announced by the actress via her social media post wishing the filmmaker.

Kiara Advani shared a picture with Nitesh Tiwari on her Instagram handle, congratulating him for his victory saying, “Congratulations @niteshtiwari22 sir on winning the National award!!! Soo soo blessed I got to be directed by you today.. #somethingspecial #Comingsoon”. 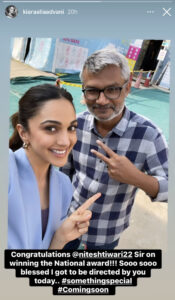 Juggling multiple projects simultaneously, Kiara has her hands full with varied and diverse projects, offering an insight into her versatility by experimenting with new genres.

Gearing up for her first release of the year ‘Shershaah’, Kiara would also be seen in ‘Bhool Bhulaiyya 2’, followed by ‘Jug Jugg Jeeyo’ amongst her other exciting projects.

Previous articleAdoree’ Jackson: Top cornerback heading to New York on $39m deal | NFL News
Next articleAl-Mouallimi for Al-Arabiya: The losses of the Houthis will lead them to resort to the voice of reason