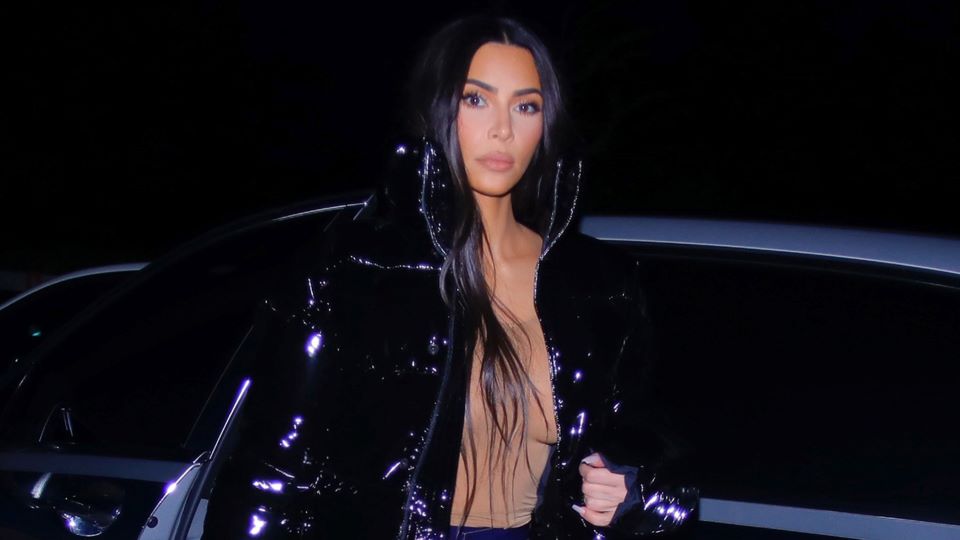 Moving on Kim Kardashian was not wearing her wedding ring during her first outing since filing for divorce from Kanye West, according to new photos obtained by Us Weekly.

On Tuesday, February 23, the Keeping Up With the Kardashians star, 40, reportedly headed out for a girls’ night in Beverly Hills, California to dine at Matsuhisa with her sister Kourtney, 41, and former assistant, Stephanie Shepherd. Their outing came just days after Kim filed to divorce her estranged husband Kanye, 43, after nearly seven years of marriage and four children together—North West, 7, Saint West, 5, Chicago West, 3, and Psalm West, 21 months. While it’s been less than a week since Kim’s divorce filing, the KKW Beauty founder was spotted without her wedding ring by eyewitnesses.

“She was with Kourtney, her old assistant Stephanie, and a few other girlfriends,” an insider told Us Weekly on Wednesday, February 24. “She was wearing a seafoam green skintight dress with a diamond cross on. No camera crew or anything, but security was nearby.” The eyewitness added that she was “not wearing her ring.”

The source went on to note that Kourtney has “been trying really hard to be there” for her sister. “Kim was over at Kourtney’s on Wednesday, [February 17,] as the preparations for [the divorce filing] were being finalized,” the insider explained.

Although Tuesday night’s outing was her first since submitting her court papers, the SKIMS founder was also noticeably missing her wedding ring on the eve of her divorce filing. She was spotted leaving a friend’s house at the time, and in the photo above, it’s clear that the reality star was no longer wearing her wedding band or engagement ring on her left hand. The beauty mogul, however, still looked chic in a cropped black puffer jacket, a nude top, blue vinyl pants, and bright white boots.

As for Kanye, the Grammy-winning rapper has also been spotted out without his wedding band following the news of his estranged wife’s divorce filing. Page Six obtained photos of Kanye’s bare ring finger during a visit to his Yeezy Academy in Los Angeles on Tuesday morning, where he was accompanied by his youngest son, Psalm.

Previous articleFerrari president John Elkann said the project would help make every road car produced in their Maranello base extraordinary.
Next articleKung Fu Reboot and The Republic of Sarah Get CW Premiere Dates