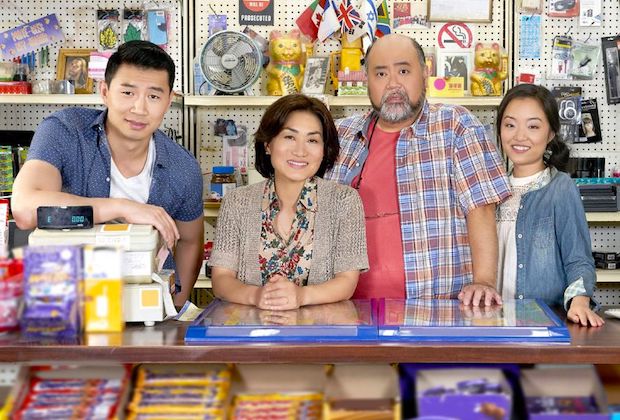 Kim’s Convenience star Jean Yoon has come forth with her own claims about the recently ended CBC/Netflix comedy, on the heels of TV son Simu Liu expressing some frustrations.

Earlier this month, Liu penned a lengthy Facebook post which, in part, took issue with the upcoming spinoff Strays, in which cast member Nicole Power will star/reprise her role as Shannon. “I love and am proud of Nicole, and I want the show to succeed for her… but I remain resentful of all of the circumstances that led to the one non-Asian character getting her own show,” Liu opined.

John Doyle, a columnist for Canada’s Globe and Mail, dissected Liu’s Facebook post, which he characterized as featuring “mean-spirited drive-by insults” and at least one “peculiar declaration” — though to Liu’s last point, Doyle conceded, “Yes, it would have been noble and pro-active [sic] for the producers to hire more Asian writers.”

Yoon, who plays Kim family matriarch Umma, replied to Doyle’s column with a series of tweets, saying that “as an Asian Canadian woman, a Korean-Canadian woman with more experience and knowledge of the world of my characters, the lack of Asian female, especially Korean, writers in the writers room of Kims made my life VERY DIFFICULT and the experience of working on the show painful.”

“Your attack on my cast mate Simu Liu, in the defense of my fellow Korean artist [and series creator] Ins Choi is neither helpful nor merited,” Yoon continued. “Mr. Choi wrote the play [and] created the TV show, but his co-creator Mr. Kevin White was the showrunner, and clearly set the parameters.”

Yoon contended that the shift in oversight “was concealed from us as a cast,” but became evident via Choi’s “diminished presence on set” and a lack of feedback on script questions. Yoon claimed that the situation reached a “crisis” point come Season 5, at which time the scripts featured “storylines that were OVERTLY RACIST, and so extremely culturally inaccurate that the cast came together and expressed concerns collectively.”

As a result of the unified cast coming forth, “S5 restored many of the core values of the original show, and most offensive ‘jokes’ were removed,” Yoon wrote. (The actress detailed one problematic scene in which her character inexplicably did not realize that her beige workout shorts made her appear nude from the waist down.
“THAT scene would have aired hours after 8 people, 6 Asian women, were shot in Atlanta, GA in a hate crime spree that shocked the nation,” she noted. “THIS IS WHY IT MATTERS. If an Asian actor says, ‘Hey this isn’t cool,’ then maybe should just fix it, and say THANK YOU.”)

Yoon also claimed that if she had not spoken up, “all the Korean food in the show would have been WRONG. Ins doesn’t know how to cook or how things are cooked, no one else in the writers room were Korean, and THEY HAD NO KOREAN CULTURAL RESOURCES IN THE WRITERS ROOM AT ALL.”

Looking back on the series’ run, Yoon tweeted in conclusion, “There is so much I am proud of. But S3 & S4 in particular had many moments of dismissal & disrespect as an actor, where it mattered, with the writers. And the more successfully I advocated for my character, the more resistance and suspicion I earned from the Writers/Producers.”

Some time after Yoon tweeted, the official Kim’s Convenience social media accounts shared screenshots of a Facebook post from writer/co-EP Anita Kapila, who sought to “publicly acknowledge the women and BIPOC I was honoured to work alongside.”

Sharing that list of names, Kapila added, “We were not perfect. But we were there.”

Anita Kapila is a South Asian award-winning writer and co-executive producer, and has worked on Kim’s Convenience since the first season. pic.twitter.com/L2O9soBGlo

Aamir Khan says it is open to the remake of ‘Lagaan’

“He Had Zero Airs Of A Star”