Kirby and the Forgotten Land on Nintendo Switch (Image: NINTENDO)

Nintendo Switch fans have been treated to a whole host of new announcements during the latest Direct conference.

Confirming earlier rumours and reports, one of the bigger announcements concerned a brand new Kirby game.

Filling the void left by a lack of new 3D Mario releases, the game transports Kirby to a mysterious civilisation.

According to the official reveal, the new game allows Kirby to freely move around 3D environments.

Like previous Kirby releases, the action revolves around the ability to absorb enemies and use their abilities.

Kirby and the Forgotten Land has a spring 2022 release date, exclusively for Nintendo Switch.

“Discover a new 3D Kirby adventure set in a mysterious world when Kirby and the Forgotten Land arrives on #NintendoSwitch next spring!” Nintendo confirms. 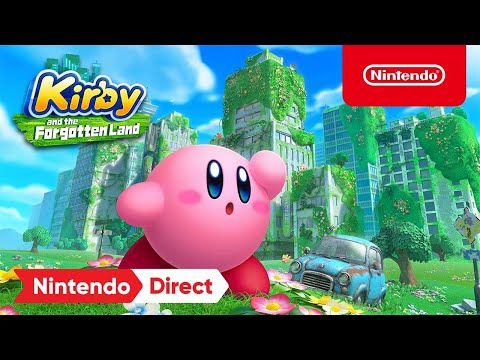 The company will add a new tier to the online service, complete with more classic games.

Launching later this year, subscribers to the additional tier will be able to play N64 and Mega Drive games.

This includes games like Super Mario 64, Star Fox 64 and Sin and Punishment, as well as Streets of Rage 2, Gunstar Heroes and Phantasy Star 4.

Free October half-term activities for kids: Learn how to become a YouTube star