By Peter Blunt
May 12, 2021
7
EntertainmentHollywood

The Brit Awards 2021 is currently underway with Jack Whitehall on hosting duties. The audience members include key workers who were awarded tickets for their hard work during the coronavirus pandemic. At the beginning of the night, it was mentioned that guests will be socially distanced in line with Government rules.

Taking to Twitter during the show, Kirstie Allsopp, 49, said she thought the ceremony had been a “complete downer”.

In view of her 427,000 followers, she wrote: “Full credit to @Expedia for having an ad which doesn’t bang on about Covid.

“Unlike the @BRITs which seems to be intent on being a complete downer.

“I hope the Key Workers who are there (hopefully supermarket staff included) can still enjoy it.” 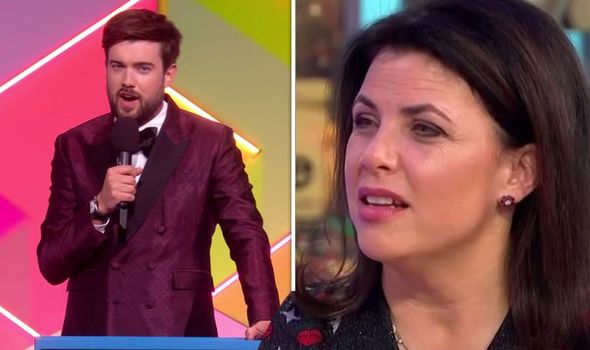 Kirstie Allsopp said The Brit Awards 2021 had been a ‘complete downer’ (Image: ITV) 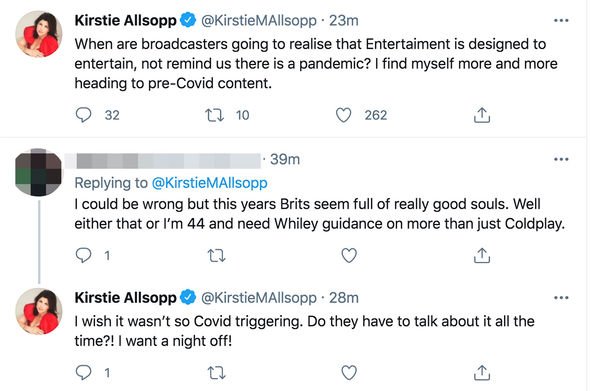 Kirstie Allsopp shared her thoughts about the ceremony on Twitter (Image: TWITTER•KIRSTIEALLSOPP)

In a further rant, she wrote: “When are broadcasters going to realise that Entertaiment is designed to entertain, not remind us there is a pandemic?(sic)

“I find myself more and more heading to pre-Covid content.”

It’s unclear which segment Kirstie was referring to, however she continued her rant in response to a tweet about Coldplay’s performance.

The band opened the show by performing their new single Higher Power from a barge on the River Thames in front of the O2 Arena. 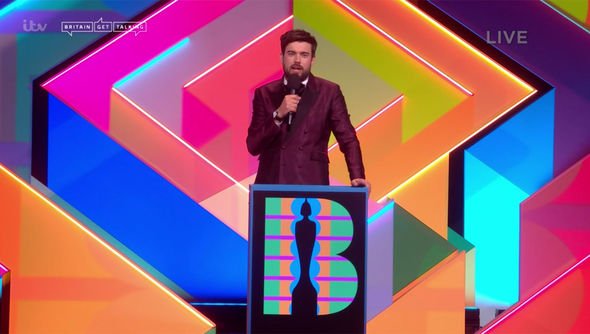 Jack Whitehall returned as the host of The Brit Awards 2021 (Image: ITV)

A Twitter user commented: “I could be wrong but this years Brits seem full of really good souls.

“Well either that or I’m 44 and need [Jo] Whiley guidance on more than just Coldplay.”

Kirstie replied: “I wish it wasn’t so Covid triggering. Do they have to talk about it all the time?! I want a night off!”

Midway through the ceremony, Jack told viewers there were no after parties allowed due to Covid.