Kourtney Kardashian Blames KUWTK For Her Split With Scott Disick, Details Inside!

Keeping Up With The Kardashians is one of the longest-running reality television series which made the Kardashian family famous. The reality show, which documented their life will now end in 2021 after 20 seasons. A sneak peek into a reunion special of the show was released and Kourtney spills the beans on her break-up with Scott Disick.

Kourtney along with her family, Kim, Khloe, Kendall and Kylie appears on the two-part reunion special alongside Scott. Popular television talk show host Andy Cohen is also seen grilling them about the 20 seasons of the KUWTK. Scroll down to know more.

Kourtney Kardashian and Scott Disick who met in 2006 endured an on-off relationship for years before they called it quits in 2015. The entire ordeal was documented on the popular reality show Keeping Up With The Kardashians. When Andy Cohen asked her if she believes her relationship may have ‘turned out differently’ if they had not shared their life on camera, the 42-year-old star replied, “Probably.”

Kim Kardashian, who was visibly surprised by Kourtney’s claim, exclaimed, “Really?,” the latter quickly added, “I think the substance abuse was the real breaker.” Scott Disick also acknowledged it and said, “I was pretty irresponsible.” Take a look at the promo clip below: 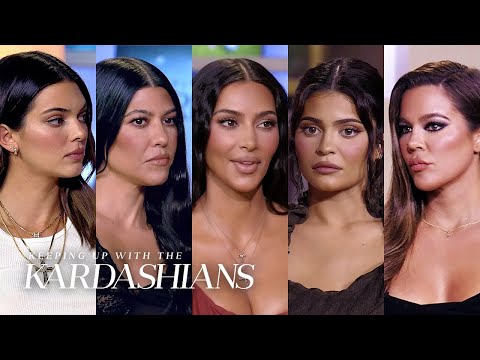 Scott Disick has long had issues with alcoholism and drug use. He was also in and out of rehab several times while battling to overcome his demons. The reality tv star has been with him thick and thin through his many relapses. The couple even shares son Mason, 11, daughter Penelope, eight, and son Reign, six.

Scott is currently in a relationship with Amelia Gray Hamlin while Kourtney Kardashian is dating Blink-182 drummer Travis Barker.

Apart from Kourtney’s relationship with Scott, the reunion special of Keeping Up With The Kardashians seems to have all the juicy tidbits from the family.

So what do you think about Kourtney Kardashian’s revelation? Let us know in the comments.

. Coupledom With Idris Elba & Sabrina Elba: All You Need To Know About The Audible Podcast!