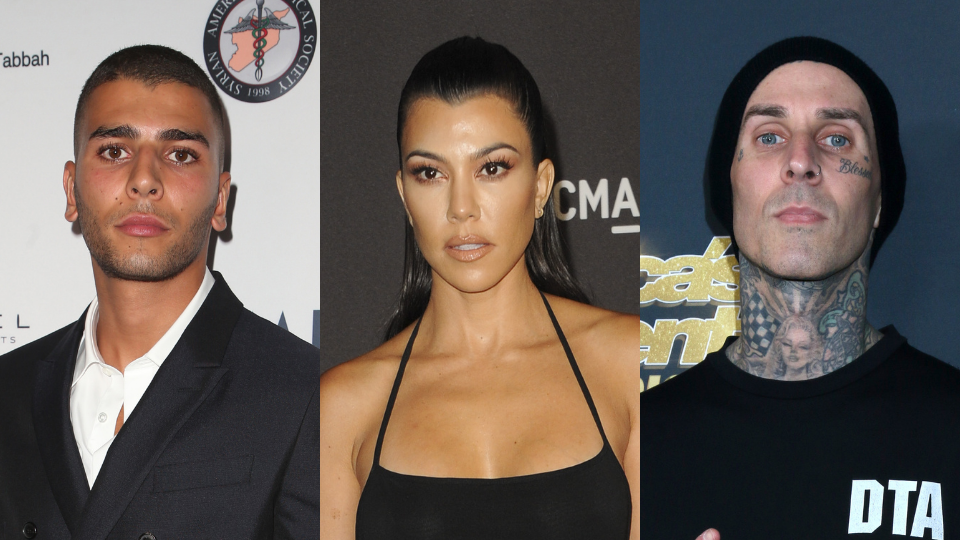 No “bad vibes” here. Younes Bendjima responded to claims he shaded Kourtney Kardashian and Travis Barker’s PDA photos, suggesting that his recent quote about “modesty” and “shamelessness” had nothing to do with his ex.

Younes—who dated Kourtney on and off from 2016 to 2019—took his Instagram Stories on April 28 to shut down the recent speculation for his followers. “I always post quotes since years, all types of quotes,” he explained. “Stop attaching myself to people that are not part of my life anymore, it’s been two years let’s move on.” In the since-expired Instagram Story, the 27-year-old model went on to insist there’s “No need for bad vibes,” before asking to be kept “far away from all that.”

The confusion all started on Monday, April 26, after Kourtney, 42, shared a steamy photo of herself and her boyfriend Travis Barker, 45, on Instagram. The Poosh founder was pictured in a thong bikini while making out with the Blink-182 drummer as he held her up with her legs wrapped around him. “Just Like Heaven,” Kourtney captioned the photo at the time, to which Travis commented back, “EVERYTHING,” with a black heart emoji.

Not long after Kourtney’s photo, however, her ex Younes took to his Instagram Story to share what many interpreted as a shady post directed at the Keeping Up With the Kardashians star. “Shamelessness has become so normal in today’s society that modesty has become strange,” Younes wrote in the since-deleted Instagram Story.

He followed that quote with a second post, which read, “Do yourself a favour. Surround yourself with those who speak of visions, ideas, goals, growth. Not those who sit and gossip about others. And if you do find yourself in that situation, excuse yourself and walk away. The game ends when you choose to leave such a gathering.”

Of course, now we know that Younes had no hard feelings about his ex, who, according to him is in no way “part” of his life anymore. This is in line with what Kourtney revealed during a recent episode of KUWTK. When her sister Khloé Kardashian asked her whether she still talks to her ex, the reality star said, “No, never.” She added, “He’ll text me once in a while. … I’m feeling really content with my own way of life.”