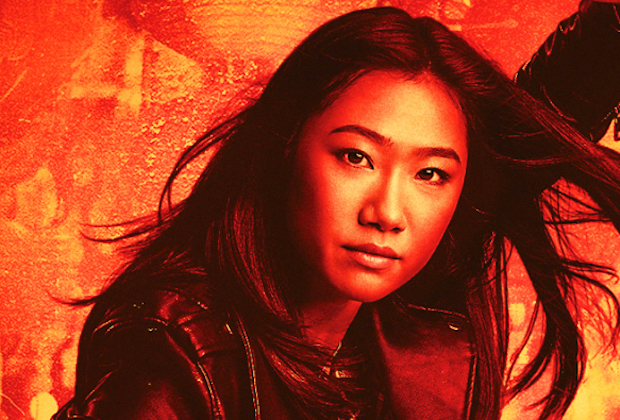 The CW has set series premiere dates for its new take on Kung Fu and the original drama The Republic of Sarah.

The Republic of Sarah, starring Stella Baker (Tell Me Your Secrets) and Luke Mitchell (The Tomorrow People), will debut Monday, June 14 at 9 pm, laying claim to Black Lightning‘s time slot following a fresh episode of All American.

Kung Fu follows a young Chinese American woman, Nicky Shen (played by Liang), who drops out of college and go on a life-changing journey to an isolated monastery in China. But when she returns to San Francisco, she finds her hometown is overrun with crime and corruption and her own parents Jin (Tzi Ma) and Mei-Li (Kheng Hua Tan) are at the mercy of a powerful Triad. Nicky will rely on her tech-savvy sister Althea (Shannon Dang) and her fiancé Dennis (Tony Chung), her pre-med brother Ryan (Jon Prasida), ADA and ex-boyfriend Evan (Gavin Stenhouse), and new love interest Henry (Eddie Liu) — as well as her martial arts skills and Shaolin values — to protect her community and bring criminals to justice, all while searching for the ruthless assassin who killed her Shaolin mentor Pei-Ling (Vanessa Kai) and is now targeting her.

In The Republic of Sarah (which a long time ago, as a CBS pilot, had Sarah Drew set to star), the bucolic tranquility of Greylock, New Hampshire is upended when a massive vein of coltan – an incredibly valuable mineral used in tech – is discovered under the town. When a state-backed mining company swoops in with plans to extract the mineral (and in doing so wipe Greylock off the map), rebellious high school teacher Sarah Cooper (played by Baker) vows to stop the bulldozers in their tracks. Leading the mining company’s efforts is Sarah’s estranged brother, Danny Cooper (Mitchell), who is eager to exact his revenge on a community he feels abandoned him, while Sarah’s allies include fellow teacher Corinne Dearborn (Hope Lauren), police officer Amy “AJ” Johnson (Nia Holloway) and diner manager Grover Simms (Ian Duff).

What to Watch: The Best Movies About Books and Writers

Previous articleKim Kardashian Was Seen For the 1st Time Since Her Divorce & She Didn’t Have Her Wedding Ring On
Next articleISL: Mumbai City FC go into their last match of the league phase against ATK Mohun Bagan on Sunday, with a chance of clinching the League Winners Shield.