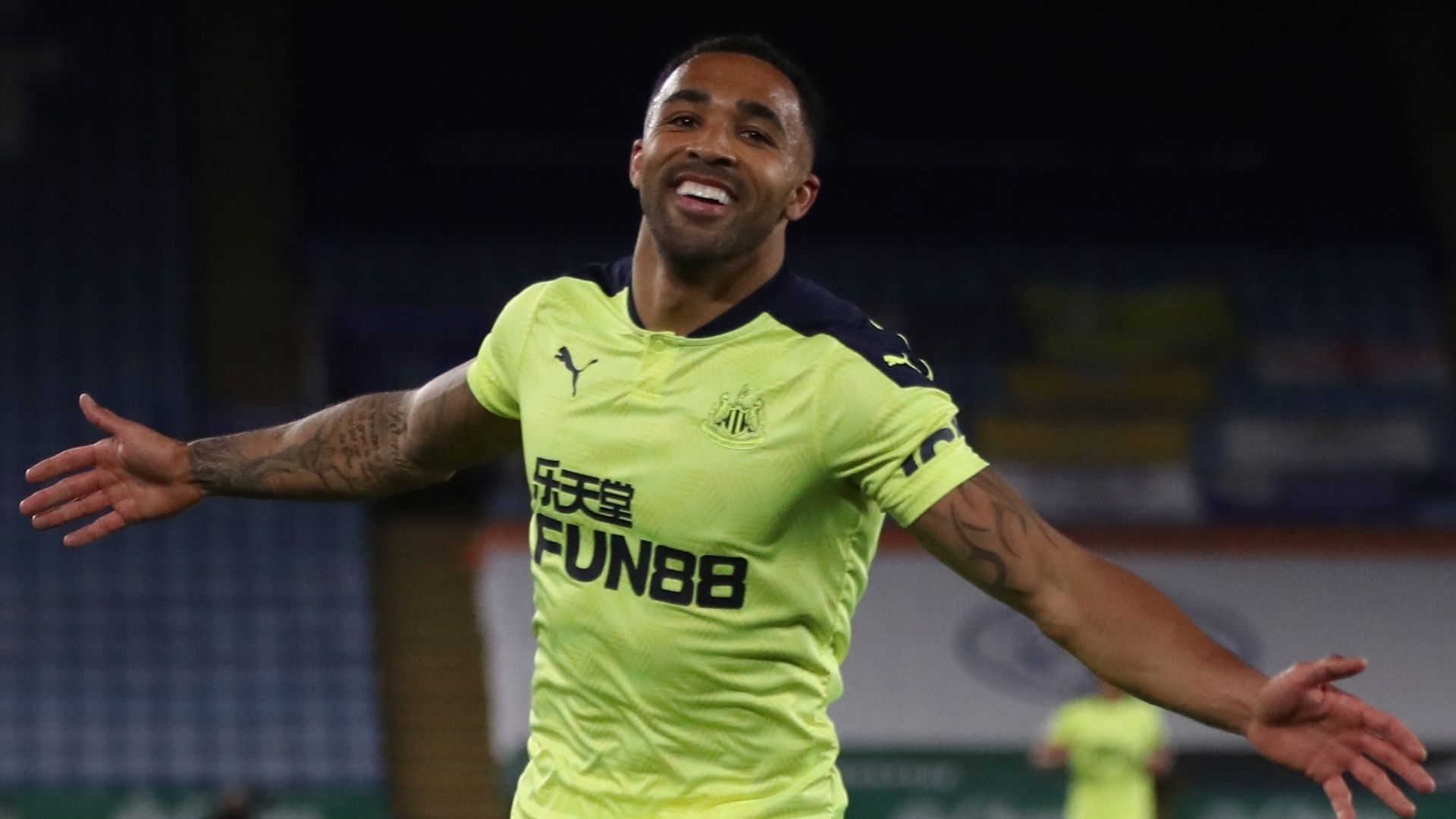 Newcastle took a giant stride towards Premier League survival after securing a resounding 4-2 win at Leicester, dealing a blow to the hosts’ Champions League hopes at the King Power Stadium on Friday Night Football.

Steve Bruce’s side moved 12 points clear of 18th-placed Fulham, who still have four games to play, as fears of another end-of-season collapse for the Foxes in their bid to finish in the top four showed signs of materialising.

Joe Willock took full advantage of a Caglar Soyuncu error to continue his rich vein of form (22) before Paul Dummett rose unopposed to double Newcastle’s lead (34), with Brendan Rodgers’ team visibly unsettled by the late withdrawal of Jonny Evans prior to kick-off through injury.

Callum Wilson pounced on a Timothy Castagne mistake to add to Leicester’s woes (64) before making it 4-0 from an acute angle (74) following a slack backpass from the unnerved Castagne.

Marc Albrighton reduced the deficit with a rifled finish (80), before Kelechi Iheanacho halved the arrears (87) but it would prove scant consolation. While Newcastle are not yet mathematically safe, Fulham and West Brom will be relegated this weekend if they lose to Burnley and Arsenal respectively.

Man of the match: Callum Wilson.

Newcastle’s inconsistency this term is the reason they have been languishing towards the bottom end of the Premier League. Following their home defeat to Arsenal, Bruce admitted his side fell below the standard that had been set in the recent games against West Ham and Liverpool, but facing an in-form Foxes in pursuit of Champions League football appeared an onerous task.

In their final four games last term, Leicester gained just three points, losing to Tottenham and Manchester United. Brendan Rodgers’ side face those two foes once more in the coming weeks, so this untimely misstep against the Magpies a week before their FA Cup final appearance against Chelsea will certainly jangle nerves.

The evening didn’t start well for the hosts with Evans withdrawing as a result of an injury sustained in the warm-up, forcing Rodgers to select Albrighton at wing-back and move Castagne inside as part of a back three.

They survived a penalty scare inside nine minutes when Soyuncu was caught square-on as he dangled out a foot and brought down Wilson on the edge of the box, with referee Darren England in the right place to spot the infringement just outside the area.

A lightning-quick break involving Jacob Murphy and Wilson resulted in Allan Saint-Maximin being released, but he telegraphed his shot to allow the Leicester goalkeeper to stick out a left leg and prevent a certain goal.

Newcastle didn’t have to wait much longer to convert their dominance into a slender lead, however, as on 22 minutes Soyuncu was caught dallying in possession from Dummett’s hopeful ball forward, allowing Willock to pounce and stroke home his fourth goal in as many games.

4 – Joe Willock is the first Newcastle player to score in four consecutive Premier League matches since Papiss Cissé in April 2012 (6 games), while at 21 years of age he’s overtaken Andy Cole as the youngest player to do so for the club. Streak. pic.twitter.com/AEqNmbtp9I

“They’re looking sluggish the players in blue,” Sky Sports’ co-commentator Alan Smith said. “It’s all a bit messy from the home team at the moment. The Newcastle players are all looking quicker.”

Leicester badly needed a response, and it was very nearly provided by Wesley Fofana as the defender rose to meet James Maddison’s free-kick but he powered his header straight at Martin Dubravka.

Willock was bristling with confidence, and with Soyuncu and his team-mates rattled, Newcastle doubled their lead after 34 minutes in routine fashion. Leicester were losing their individual battles all over the pitch and Dummett rose with ease above Fofana to meet Matt Ritchie’s corner and glance his header beyond the stranded Schmeichel. It was the defender’s first goal in over five years.

“Newcastle have been fabulous and 2-0 doesn’t flatter them,” Graeme Souness told Sky Sports at the interval. “It’s worrying times for Leicester.” Given how Rodgers’ side missed out on Champions League qualification from a similar position of authority during the run-in last term, doubts of a repeat collapse were starting to creep in.

Five years to the day since lifting the Premier League trophy against Everton at the King Power Stadium, the hosts needed to find some of the spirit which saw them through that title-winning season – but the response was far from immediate.

Maddison saw a header land on the roof of the net before he sized up a presentable chance from a 25-yard free-kick, only to see his effort deflect wide of Dubravka’s right-hand post. Rodgers summoned Ayoze Perez off the bench shortly after the hour-mark, but Newcastle duly extended their lead.

Again, it was entirely of Leicester’s own making as Castagne’s backpass to Schmeichel fell desperately short, allowing Wilson to nip in and round the Dane for his first of the night.

Ten minutes later, things got even better for Newcastle and for Wilson as Miguel Almiron spotted his run in behind Fofana, and after his first effort came off the post, Wilson was able to tuck home the rebound from the tightest of angles.

It capped an embarrassing night for Leicester, a week before their big day at Wembley, but they did end the match with a degree of dignity as Iheanacho’s dummy allowed Albrighton to run onto Jamie Vardy’s pass to cut across his shot and send an unerring strike high into the top corner beyond the dive of Dubravka.

Newcastle were wobbling when Iheanacho notched his customary strike, collecting Perez’s pass before reversing his shot into the bottom corner for his 11th Premier League goal in eight games. Vardy was then dramatically denied by Dubravka from Luke Thomas’ flick-on to ensure there would not be an unexpectedly tense finale.

For Leicester, it was far too little, too late.

Previous articleAbsentia to End With Season 3 at Amazon — Read Stana Katic’s Farewell
Next articleRasika Dugal Is In Awe Of Nilgiris, Says It Will Always Stay With Her