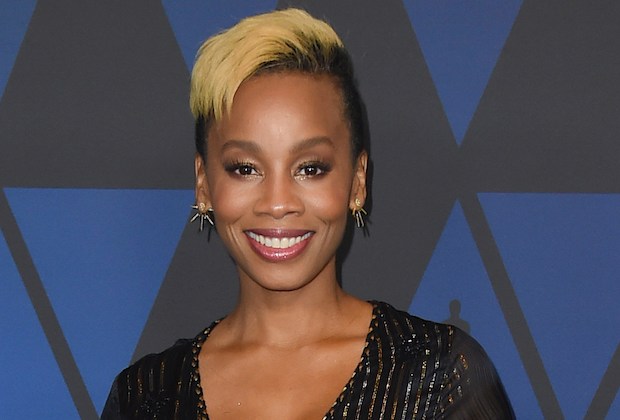 Hot off her role in Amazon Prime’s buzzy THEM, Anika Noni Rose has boarded the pilot for Let the Right One In, Showtime‘s “elevated genre series” inspired by the 2004 Swedish vampire novel (by John Ajvide Lindqvist) and subsequent 2008 film.

Best TV Vampires of All Time

The prospective series follows a father, Mark (played by The Bridge‘s Demián Bichir), and his 12-year-old daughter, whose lives were changed forever 10 years earlier when she was turned into a vampire. Since age 12 (and perhaps forever), Eleanor lives a closed-in life, able to go out only at night, while her father does his best to provide her with the minimal amount of human blood she needs to stay alive.

Rose will play Naomi a single mom and homicide detective who, with her son Isaiah, lives next door to Mark and Eleanor, and is happy about the kids bonding… until. (Naomi and Isaiah would seem to stand in for Yvonne and Tommy from the aforementioned novel.)

“With these emotionally charged and terrifying ingredients as a starting point, Let the Right One In will upend genre expectations,” says the synopsis, “turning a naturalistic lens on human frailty, strength and compassion.”

In addition to THEM, Rose’s previous TV credits include Power, The Good Wife, Private Practice and a recent episode of Family Reunion.

Playwright Andrew Hinderaker (Away, Penny Dreadful) will serve as showrunner and executive-produce alongside Seith Mann (Homeland, #FreeRayShawn), who will direct the pilot. Other EPs include Tomorrow Studios’ Marty Adelstein and Becky Clements, while Bichir will also serve as producer.

“Let the Right One In quickly establishes itself as a thrilling, high-stakes drama that asks the question: How far would you go to save your child from the monsters out there – would you risk becoming a monster yourself?” said Showtime scripted EVP Amy Israel in a statement. Added Hinderaker, “The series is both a love letter to the original film, and a story entirely our own.”

Previous articleManchester United boss Ole Gunnar Solskjaer says Europa League success can be
Next articleGenshin Impact 1.5 release date: When is update 1.5 out and how do I watch the livestream?