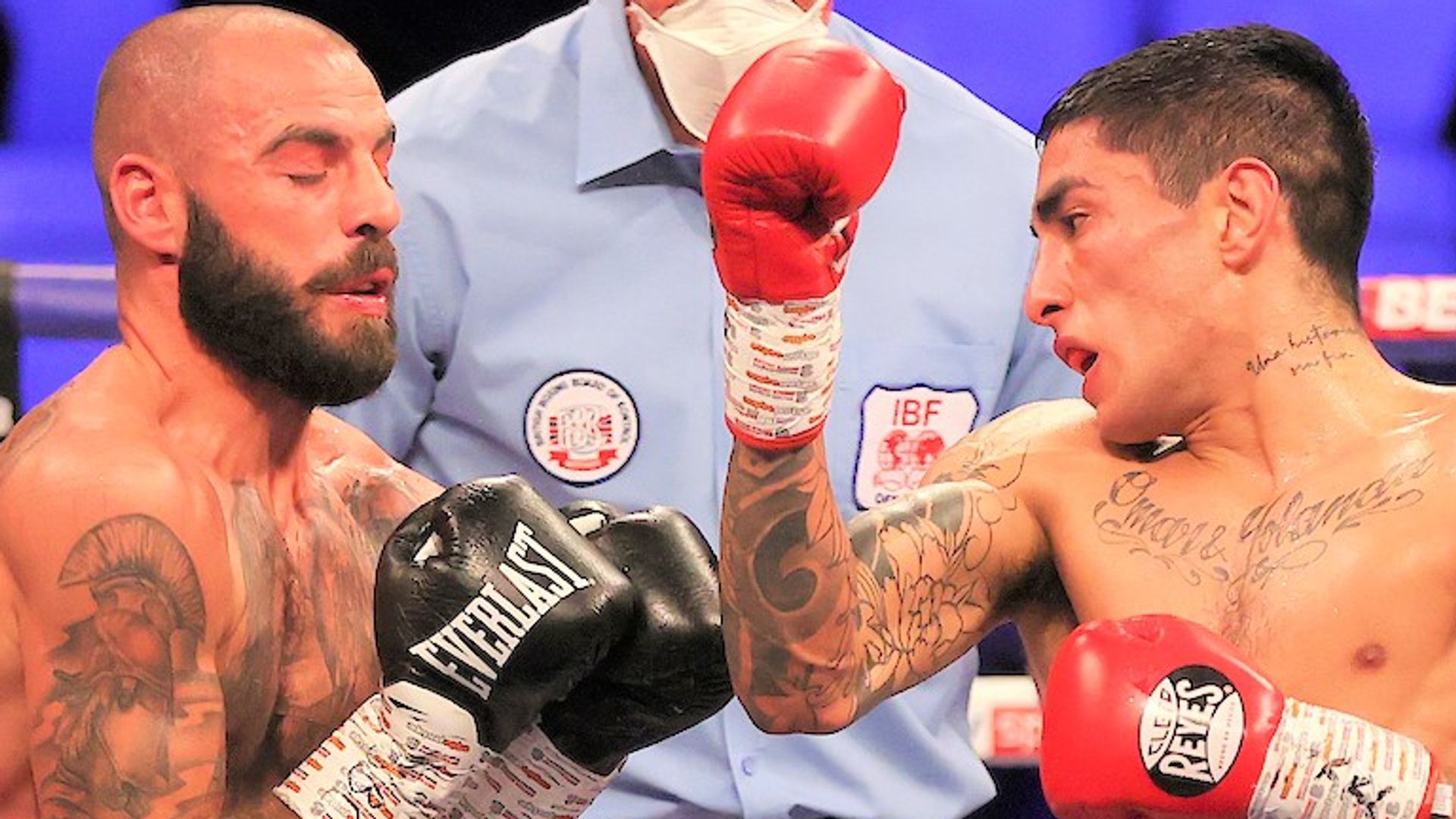 The hometown fighter endured a torrid evening as he was badly hurt in the opening round, nearly wilting by the ropes after Ponce had dug in brutal body shots.

Ritson had to withstand more stinging punches around his ribs in the second round, while he was briefly buzzed by an uppercut in the third.

Spurred on by his support, Ritson responded with a big right hand in the fourth, but Ponce shrugged it off and replied with chopping punches in the fifth.

Ritson was being bullied to the ropes, with Ponce ripping in uppercuts in the sixth, and the Brit backed away following yet more body shots in the seventh.

A swelling under Ritson’s eye in the eighth round was evidence of Ponce’s relentless assault, although the crowd were briefly roused by a defiant flurry of punches from their local favourite in the ninth.

Ritson’s resistance was shattered in the 10th as he crumbled to the canvas and the towel was thrown in by his corner, but referee Steve Gray bizarrely threw it out of the ring when the action resumed.

Ponce would instigate the ending himself, dropping Ritson twice more before Gray eventually waved it off.

Previous articleRare Earth Metals At The Heart Of China’s Rivalry With US, Europe
Next articleAs Christian Eriksen was being stretchered off, Finland supporters gave the players and medical staff two Finnish flags to help shield the Inter Milan midfielder from cameras.