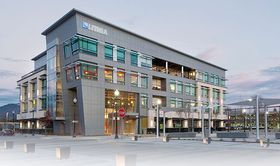 Lithia Motors Inc. has purchased a large Nissan store in suburban Phoenix to help bolster its presence in the Southwest.

The nation’s third-largest new-vehicle retailer said Tuesday that it acquired Avondale Nissan in Avondale, Ariz., which it expects to generate $75 million in annual revenue.

The family-owned store launched in 2004. When it opened, the 60,000-square-foot store on 10 acres was a venture between Mitch Pierce and Michael Little, according to the Phoenix Business Journal.

“We are excited to welcome the high-performing Avondale Nissan team to the Lithia Motors and Driveway family,” Lithia CEO Bryan DeBoer said in a statement. “Their dedication to earning customers for life while making a positive impact in their local community exemplifies our core values.”

Lithia did not disclose the purchase price but said it paid for the store using capital raised last year through equity and debt offerings.

Lithia this year already purchased seven dealerships in Florida. And with the Avondale Nissan purchase, the company said it has acquired dealerships generating more than $4.75 billion in revenue. Those purchases have come over the past nine months since Lithia launched its five-year growth plan to grow to $50 billion in annual revenue.

Lithia is expected to buy Michigan’s Suburban Collection, among the nation’s largest private dealership groups, in the coming weeks.

“The pipeline of acquisition targets that meet our hurdle rates is the most active we have ever seen,” DeBoer said.

Previous articleThe Flash to Introduce Bart Allen, With a Parental Twist — Get Details on Jordan Fisher’s Impulsive Speedster
Next articleDead by Daylight Update 2.17 is available – Update 4.6.0