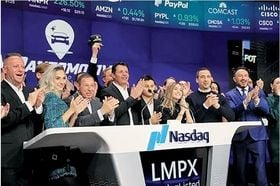 LMP Automotive Holdings Inc. hopes to acquire as many as 100 dealerships by the end of 2022.

The Fort Lauderdale, Fla., used-car seller and vehicle subscription business that bought its first six franchised dealerships in the first quarter, said it wants to add 80 to 100 dealerships by the end of next year through mergers and acquisitions.

The company made the announcement Thursday after it reported a sharply wider fourth-quarter net loss of $2.56 million. In the year-earlier period, LMP had a net loss of $572,195. While it reported higher revenue in the fourth quarter, LMP also had significantly higher outlays on acquisition, consulting and legal expenses.

LMP, which went public in December 2019, in September told Automotive News that it wants to roll up dozens of dealerships and that it could have as many as 50 dealerships in its portfolio or under contract within a year.

The company bought its first franchised stores this month — five dealerships in West Virginia and Florida — and this week closed on the purchase of a Chevrolet-Buick-GMC-Cadillac store in Greeneville, Tenn.