British actor Tom Hiddleston is well known for playing the role of God of Mischief Loki in Marvel’s films. Now his standalone film Loki is all set to create havoc across Marvel Cinematic Universe’s timeline. As the premiere of the show nears, the actor has now treated fans with a fun video and he also mentions Shah Rukh Khan in it. Scroll down to know more.

The streaming giant Disney+ Hotstar released a new video wherein the British actor is seen playing Word Association. The game started on an easy note and when he’s asked about ‘Loki’, he said me. When he was the next word as Thor and Chris, the actor immediately responds with ‘Brother’ and ‘Hemsworth’.

Later when Tom Hiddleston was given the word India and Bollywood, he immediately says Shah Rukh Khan. The game didn’t stop there. He was then given the ‘Indian City’ the Loki actor said ‘Chennai’. He also revealed that he has visited the city quite a few times as his elder sister used to stay there. He said, “Chennai. My akka lives there. She used to live there. And I have been there a few times. Chennai is great!”

Take a look at the video below: 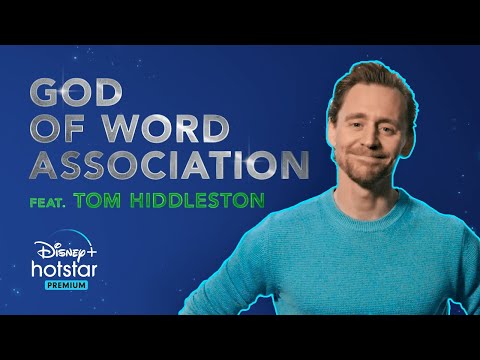 The British actor has also previously expressed his love for Bollywood. Back in 2012, he said to Hindustan Times, “I’d want nothing more but to star in a Bollywood movie”. During the conversation, he also mentioned that he loved Shah Rukh Khan’s 2010 film My Name is Khan.

. Sunil Grover Breaks Silence On Returning On The Kapil Sharma Show: “But Yes, In Near Future…”