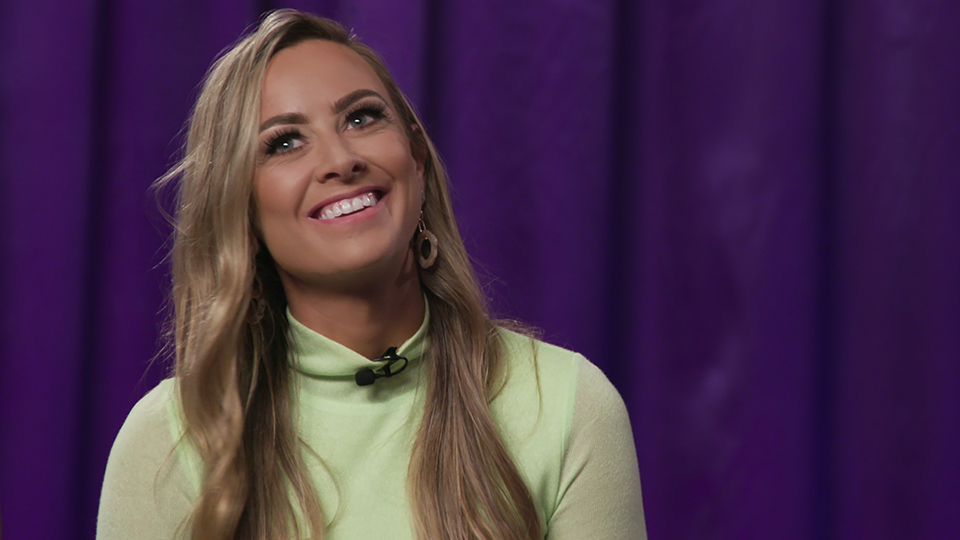 Warning: Love Is Blind: After the Altar spoilers ahead. Love Is Blind star Jessica Batten‘s boyfriend shows that she found love after all—and with a hot doctor, nonetheless.

Jessica was a contestant on season 1 of Love Is Blind in 2020, where she met and got engaged to his now-ex-fiance, Mark Cuevas. Mark and Jessica met in The Pods, rooms where they could talk but not see each other. After they met face to face for the first time, Mark and Jessica honeymooned with other engaged couples in Playa del Carmen, Mexico, before returning to Atlanta, Georgia, where they lived in an apartment in the same complex as other couples from the show. On the day of their wedding, Mark and Jessica were asked if they took each other to be husband and wife. In the end, the two decided not to get married and left the show single.

After the Love Is Blind finale, Jessica accused Mark of cheating after an Instagram user claimed that he was “sleeping with MULTIPLE women” when they were on Love Is Blind. “Mark was sleeping with MULTIPLE women at the studio he trained at DURING the show. Maybe show those interviews with his workers next time @Netflix,” the user wrote. In her response, Jessica revealed that she knew of one woman Mark allegedly cheated on her with, but not “multiple” “Wow. News to me, I only know about one,” she wrote. Mark, for his part, denied the claim. “While Mark was on the show, he was fully committed to the LIB process and to Jessica,” his rep said in a statement to People.

Of course, Mark wasn’t Jessica’s only romance on Love Is Blind. During the show, she also met Matthew Barnett, who got engaged and married contestant Amber Pike. Still, despite Barnett and Amber’s engagement, Jessica continued to pursue him on Love Is Blind (especially after she learned that she looked like), which led Amber to slam her at the reunion. Fast forward to the After the Altar special, and Jessica tried to give Barnett and Amber a present at their anniversary party, but Barnett wasn’t having it. When Jessica tried to talk to him, Barnett dodged her. In the end, he took the gift but told her he had to leave because he wasn’t allowed to talk to her. When Amber found out that Jessica had a gift for her, she told the other cast members that she didn’t want anything from Jessica.

Despite her drama, Jessica did have a happy ending however. During the After the Altar special, Jessica revealed that she has a boyfriend. “After I left the altar, I didn’t date for a very long time. I wanted to take my time and memorialize the experience that I just went through,” she said. At the time the special filmed, Jessica revealed that she and her boyfriend had been dating for seven months and she didn’t invite her new beau to the finale party because of the chance Mark could be there. So who is Love Is Blind‘s Jessica’s boyfriend? Meet who she’s dating ahead.

Who is Love Is Blind star Jessica Batten’s boyfriend?

Jessica’s boyfriend is Dr. Benjamin McGrath, a foot and ankle surgeon at Total Foot and Ankle in Murrieta, California, according to is Linkedin. Dr. Ben went to college at Brigham Young University and graduated in 2009 with a bachelor’s of science in biology. In 2015, he graduated from the California School of Podiatric Medicine. According to his Instagram, which he has more than 10,000 followers on, he has two kids, a son and daughter, from a previous relationship. Mark and Jessica are also around the same age, which is much different than her relationship with Mark, who was 10 years younger than her.

How did Love Is Blind star Jessica Batten and her boyfriend meet?

So how did Jessica meet her boyfriend? Jessica revealed in an Instagram Story in 2020 that she and Dr. Ben met while riding bikes on the beach. “Favorite thing to do together. Also it’s how we met!” she wrote. She went public with their relationship on Fourth of July 2020, which was four months after they met. “4 months and it’s flown. We’ve been hiding out during quarantine hahah!” Jessica responded to a fan at the time who asked how long they’d been dating. This means that Jessica filmed the After the Altar special around October 2020.

Love Is Blind: After the Altar is available to stream on Netflix.