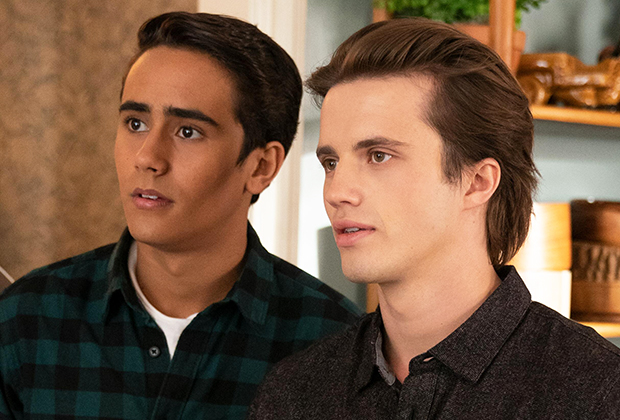 Love, Victor fans have waited nearly a year to learn how Victor Salazar’s family would react to his coming out — and on Friday, they got their answer.

The Hulu coming-of-age dramedy has returned for Season 2, picking right up with Victor’s post-Spring Fling reveal to his parents and sister that he’s gay. Pilar, the gem that she is, immediately hugs Victor and tells him she loves him. His dad, Armando, seems to want to be supportive, but one of his first questions is, “When did you decide this?” “I didn’t decide it,” Victor replies. “I just am it.” And for mom Isabel’s part, she merely suggests everyone should get some rest and talk about it tomorrow, leaving Victor to optimistically hope that his parents will come around in time.

But then, it’s 10 weeks later, summer is coming to a close, and things are still weird between Victor and Isabel. She knows that Benji is Victor’s boyfriend, but they have yet to really talk about Victor’s big news. (She also has a habit of pointedly asking, “Did you have fun with your friends?” anytime Victor hangs out with a group that includes Benji, very much more than a friend.) And yet, despite that bizarre dynamic, and the fact that Victor hasn’t spoken to Mia since the night of the dance, Victor’s actually thrilled with how this summer has panned out, as he, Benji, Felix and Lake have enjoyed some serious bonding time for the past two months. 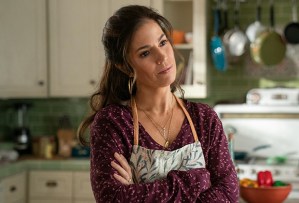 Victor claims he’s ready to tell people at school that he’s gay and dating Benji, then worries that’s a ridiculous milestone to achieve when Benji has still never come over to Victor’s apartment. Thus, Victor tells Isabel that he’s inviting Felix, Lake and Benji over for dinner (“Oh!… Great,” Isabel replies, selling absolutely no one on her enthusiasm), and Isabel prepares her famous chicken ahead of everyone’s arrival that evening. But when Isabel looks out the kitchen window and sees Victor and Benji chatting and kissing outside, she turns the homophobia up a notch, opening the trash can and dumping her entire home-cooked meal into it. Then, she unconvincingly lies to Victor & Co. that the meal somehow got burned beyond edibility and suggests the kids just go out for pizza instead.

Victor, seeing through his mom’s lie, counters that they’ll stay in and order delivery, setting the stage for an incredibly awkward conversation around the living room coffee table as they wait for the pizza to arrive. Victor brings out some chips and salsa to give everyone something to do with their hands, but everything Benji says to Isabel lands with a thud, despite everyone’s best efforts to endear him to Victor’s mom. Eventually, when Benji caresses Victor’s arm at one point, Isabel’s apparently reached her extremely low tolerance limit, and she snaps at Victor before leaving the room altogether, prompting the teens to bail on dinner and head to the lake for a bonfire instead.

At the bonfire, Benji reminds Victor that he doesn’t have to keep cutting his mom slack for how she’s acting: She’s been pretty terrible, in fact! (Apparently, she won’t even let Victor come out to his younger brother, Adrian, yet.) Victor sighs that he found it in himself to forgive Isabel after all the garbage she’d put the Salazars through last year, only for her to barely make eye contact with Victor after he revealed he’s gay. He wishes everything could stay as simple as this glorious, fun summer, and Benji suggests it can: “You and me, that’s what matters,” he tells Victor. “School, parents — it’s all just noise. As long as we remember that, we’ll be OK.” They kiss, and Felix and Lake bring fireworks from the car to set off, and it’s all pretty stinkin’ magical.

Meanwhile, back at home, Armando drops Adrian off at Isabel’s place; Adrian’s been struggling with his parents’ recent separation, and even Isabel wonders if they’re doing the right thing by living apart. Armando believes they are, though, because they were stuck in a cycle of fighting and guilt-tripping that wasn’t fair to the kids or each other. And when Armando agrees that Victor’s coming out has been tough to process, Isabel asks if he’ll ever be able to wrap his head around it. “Of course,” Armando responds. “Isa, he’s my son, and it’s who he is. I have to. We both do.” Go! Off! Armando! 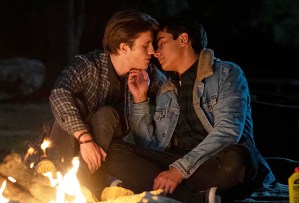 When Victor returns home a few hours later, Isabel once again asks, “Did you have fun with your friends?” He says he did, then makes an important announcement to his mom: “Benji’s my boyfriend, and I’d like you to call him that. Have a good night.” He turns away before Isabel can say anything, and she remains in the living room, looking conflicted. Victor, meanwhile, smiles to himself as he heads off to bed.

Elsewhere in the premiere, a still-very-confused-and-heartbroken Mia returns home early from her stint as a North Carolina summer camp counselor, only to find that her dad and his fiancée are constantly canoodling. She tries hanging out with Lake to escape all the PDA at home, but Lake confesses she’s got plans with Victor, then invites Mia to the bonfire later that night. After an awkward run-in with Andrew, where she’s surprised to learn he’s got a new girlfriend, Lucy, Mia decides to give the bonfire a try, after all… then promptly leaves when she sees her friends getting cozy by the fire and having a blast without her.

But during Mia’s chat with Andrew, she mentions a care package he had sent her at camp, to which she’d apparently never responded. When she gets back home from the bonfire, Mia pulls out the package’s contents again and looks through them: candy, what appears to be an Alexandria Ocasio-Cortez bobblehead… and a note from Andrew that reads, “I miss you. I want to be with you.”

And last but not least, there’s Felix, who’s been working summer shifts at the same coffee shop where Benji and Victor are employed. His job is set to end when school starts back up, but Felix asks Victor if he could maybe continue picking up shifts, explaining that dating Lake isn’t cheap. But when he returns to his apartment that night, we see the real reason he’s trying to make more cash: His mom (played by Breaking Bad’s Betsy Brandt) is going through another bout of depression, and she’s barely eating or getting off the couch. When Felix heads into the kitchen to heat up some soup for her, he looks nervously at a Rent Past Due notice that’s hanging ominously on the fridge.

Now it’s your turn! What did you think of Love, Victor’s sophomore premiere? Grade it in our poll below, then drop a comment with your thoughts!