Your very last dance with the Devil is scheduled for Friday, Sept. 10, when Netflix releases the entire sixth and (truly!) final season of Lucifer.

The final season premiere date was revealed on Saturday at the show’s [email protected] panel via the sizzle reel/announcement video above, which features an homage to the series pilot (same cop and all!).

Luke Cook aka Chilling Adventures of Sabrina‘s own Lucifer moderated the SDCC Q&A with Tom Ellis and showrunners Joe Henderson and Ildy Modrovich (watch below).

“This is it, the final season of Lucifer. For real this time,” reads the official synopsis. “The devil himself has become God… almost. Why is he hesitating? And as the world starts to unravel without a God, what will he do in response? Join us as we say a bittersweet goodbye to Lucifer, Chloe, Amenadiel, Maze, Linda, Ella and Dan. Bring tissues.”

As co-showrunner Henderson previously told TVLine, “It is very much our goodbye season,” though it does follow was originally thought to be the series’ swan song (until Netflix ordered an additional batch of 10 episodes). “There is a story that we didn’t know we would have to tell until we got to the point we got to [in the Season 5 finale],” the EP shared. “And once we got there and looked around, we realized that there was an entire engine for an entire season worth of storytelling that we’re excited about.”

What else do we know about Season 6? Kevin Alejandro, who plays dearly departed Dan, directed the final season premiere and said it’s “a fun, fun episode” that picks up after a small passage of time. (Alejandro also said that although his character recently passed on, “You get glimpses of Dan trying to figure out why his choices have led him to where he’s at. It’s not a huge part of the [season], but it’s honest and it’s actually quite beautiful.”)

Lesley-Ann Brandt, meanwhile, told TVLine that the final season involves “a giant journey” for Maze and Eve (played by Inbar Lavi), and “a character that is introduced that threatens their relationship in a really big way.”

DB Woodside told us that for Season 6 he directed a “bottle episode” that “takes place over one long night,” adding: “It’s unlike any episode that people have seen. Amenadiel’s portrayer also teased “a big event that happens in Season 6… that’s going to make the fans extremely happy.”

And on the casting front, Scott Porter (Friday Night Lights) will be back as Carol Corbett, the LAPD Detective Dan was angling to set Ella up with before he… well, you know.

Want even more scoop on Lucifer‘s farewell run? I’m sitting on lots! Email [email protected] and your question may be answered via Matt’s Inside Line. 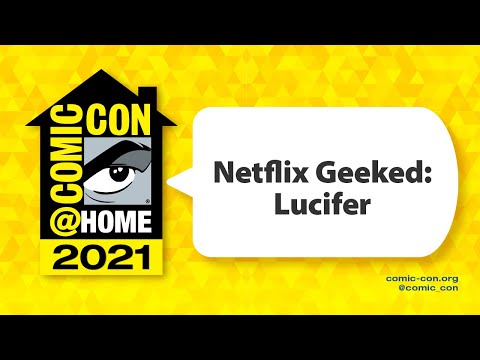 Previous articleJohnny Depp ‘recording new music with Jeff Beck as a comeback’ – ‘Hopes for movies return’
Next articleRelocate 2022 Winter Olympics If China Does Not End Abuses: US Lawmakers