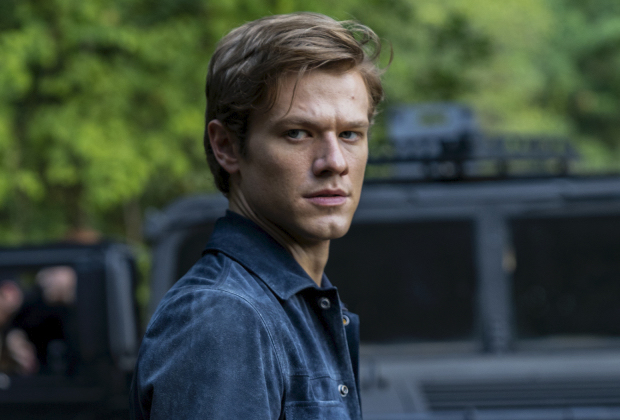 “All of us at CBS are extremely grateful for the incredible work and dedication from Lucas and the rest of the cast, as well as Monica, the writers and the entire crew,” said Kelly Kahl, President, CBS Entertainment, in a statement to Deadline. “The MacGyver team traveled far and wide to repeatedly save the world with little more than bubble gum and a paper clip and made this show distinctly their own. We’re gratified we get to give this dedicated and loyal fan base the opportunity to say goodbye to their favorite characters in the thoughtful manner this series deserves.”

Thus far this season, MacGyver is averaging 4.8 million total viewers and just over a 0.5 demo rating (in Live+Same Day numbers) — down 22 percent from Season 4. Out of the 14 original dramas CBS has aired this TV season, it ranks No. 9 in the demo and 10th in total audience.

MacGyver has weathered a tumultuous year off screen. Last summer, CBS terminated its relationship with EP Peter M. Lenkov for creating a toxic work environment. Two weeks later, Till revealed that he had endured numerous instances of verbal abuse, bullying, and body-shaming while working alongside Lenkov. “I’ve never worked this hard in my life, and I am fine with hard work,” Till told Vanity Fair. “But the way Peter treats people is just unacceptable. I was suicidal that first year on the show, because of the way he made me feel. But the way he’s treated the people around me — that’s just my breaking point.”

In an Instagram post that followed Tuesday’s cancellation news, Till wrote, “The past five years have been what I will look on later as the most formative years of my life. Lots of tough, lots of love. I made life long friends, actually no, family. I learned to push myself to new limits, breaking through and through and through. Was nervous to take up the mantle of an icon and you guys allowed me into your homes and accepted me. I’m like the Roger Moore of MacGyvers now thanks to your support.”

This is CBS’ third high-profile cancellation so far this year, following the previously-announced deaths of NCIS: New Orleans and Mom. It comes as the network is readying new offshoots of NCIS and FBI, as well as the return of CSI.