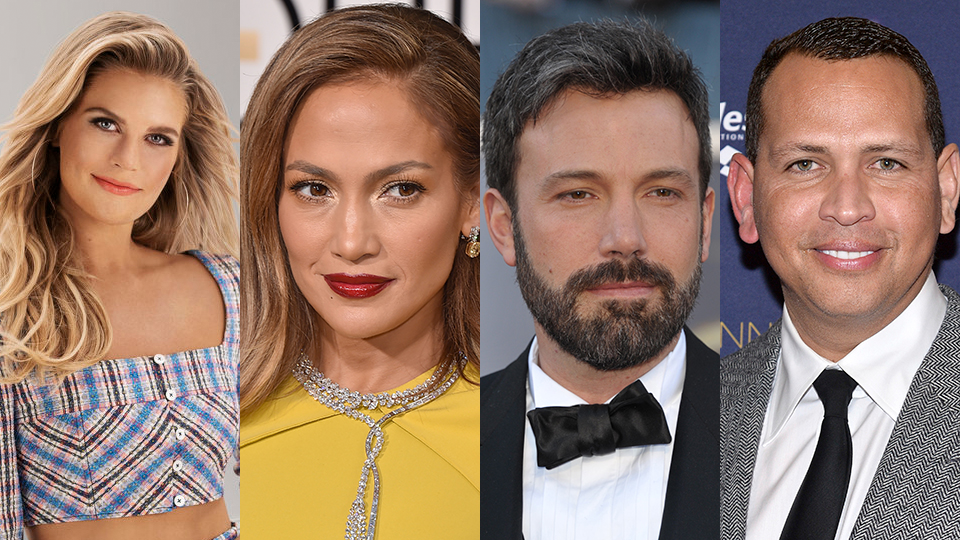 Her two cents. Madison LeCroy responded to Jennifer Lopez and Ben Affleck dating post-Alex Rodriguez cheating scandal, and she’s just as shook as the rest of us.

In an interview with Us Weekly on Tuesday, June 15, Madison was asked about claims she was the reason J-Lo and A-Rod broke up and what she would tell J-Lo now. “I say you’re welcome,” she joked. “I mean, I will be honest with you. I had nothing to do with why they split, and I think everybody knows that. And if you don’t know that, then that’s just ridiculous, like, let’s be honest.”

Madison came under controversy in February when her Southern Charm co-star, Craig Conover, claimed at the Bravo show’s season 7 reunion that she “flew to Miami to fuck” an unnamed married, former Major League Baseball player that fans believe was Rodriguez. “You were flying around the country sleeping with men, married men!” Craig said at the time. “Ex-MLB players. That’s what you were doing during quarantine. You know why [Madison’s ex-boyfriend] Austen [Kroll] was at my house? Cause you weren’t talking to him! You flew to Miami to fuck an ex-MLB player.”

After the rumors, Madison confirmed that she and Rodriguez had DM’d and FaceTimed but never had a romantic relationship. “He’s never physically cheated on his fiancée with me…[I’ve] talked to him randomly, but not consistent,” Madison told Page Six at the time. “That’s the truth. [We’ve] never been physical…never had any kind of anything. Just an acquaintance.” Madison also noted that she and A-Rod had “spoken on the phone” but “never met up.” Sources close to Rodriguez also confirmed that he and Madison had never met in person.

When asked by Us Weekly about if Southern Charm plans to film Madison’s drama with A-Rod for season 8, Madison confirmed that she’s ready to air all of A-Rod’s dirty laundry. “I’m happy to tell my story,” she said. “If I’m asked the questions, yes, I will tell the truth. I will say this – the reason why I’m not bothered is because I’m innocent in that sense.”

J-Lo and A-Rod, who started dating in 2017 and got engaged in March 2019, confirmed in April 2021 that they had split after four years together. “We have realized we are better as friends and look forward to remaining so,” the couple said in a statement to TODAY. “We will continue to work together and support each other on our shared businesses and projects. We wish the best for each other and one another’s children. Out of respect for them, the only other comment we have to say is thank you to everyone who has sent kind words and support.”

Less than a month later, rumors swirled that J-Lo and Affleck had gotten back together. The former couple, who got engaged in 2002, dated from 2001 to 2004. Though the romance seemed fast, TMZ reported in May that Affleck first reached out to J-Lo in February—two months before her breakup with A-Rod. A source told the site that Affleck started to email her while she was in the Dominican Republic filming her upcoming movie, Shotgun Wedding. The insider also claimed that the emails weren’t friendly but more “loving and longing” for J-Lo.

TMZ reported that, after seeing pictures of J-Lo in the Dominican Republic, Affleck emailed her to tell her how beautiful she looked and how he wished he could be there with her. At the time of the emails, Affleck was in Boston filming his upcoming movie, The Tender Bar, while J-Lo was still engaged to A-Rod. As for J-Lo’s response, TMZ reported that the “Let’s Get Loud” singer told her the Good Will Hunting star how she always liked his writing and how he’s always able to “own her heart” with his words.

TMZ also reported that Affleck and J-Lo continued their communication until the “On the Floor” singer finished filming in April, the same month she split from A-Rod. The sources claim that there was no physical contact between J-Lo and Ben, despite the romantic emails.

In June, news broke that Lopez is moving from Miami, where she lived with her ex-fiancé Alex Rodriguez, to Los Angeles to be closer to Affleck. “She will be between L.A. and the Hamptons this summer, but L.A. will be her base,” the insider told E! News, adding that J-Lo “is packing up her Miami rental”. “She is looking at schools for her kids in the fall.”

Southern Charm is available to stream on Peacock.