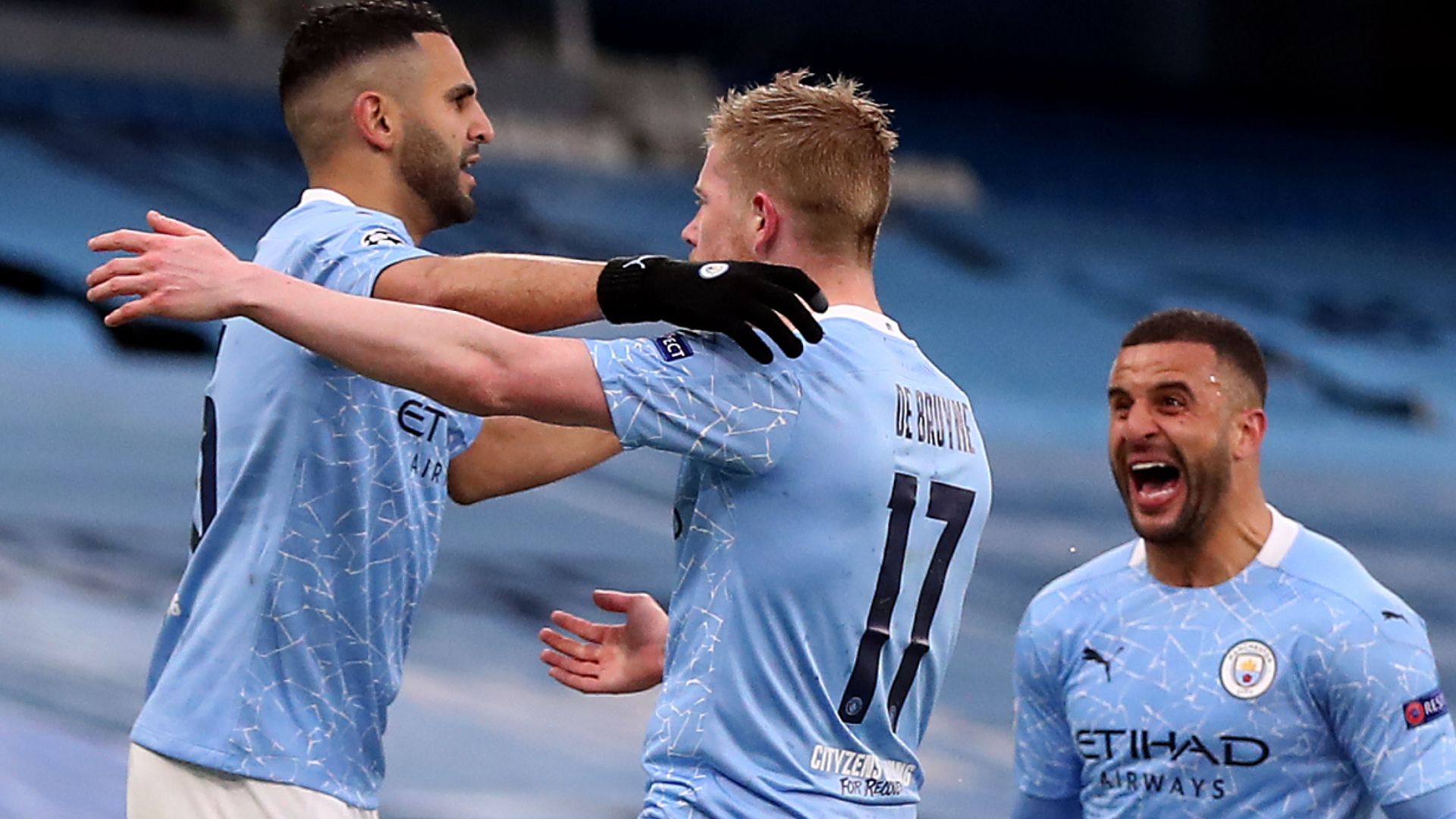 Manchester City reached the Champions League final for the first time in their history after Riyad Mahrez’s double secured a 2-0 victory (4-1 on aggregate) over 10-man Paris Saint-Germain on a historic night at the Etihad Stadium.

Trailing 2-1 from the first leg at the Parc des Princes last week, PSG, who could only name Kylian Mbappe on the substitute’s bench, thought they had a chance to cut the deficit early on after referee Bjorn Kuipers pointed to the spot for a handball against Oleksandr Zinchenko. However, Kuipers overturned his original decision after replays showed the ball clearly hit the full-back’s shoulder.

City took full advantage of the reprieve as Mahrez (11) found the back of the net from a tight angle to put them in an extremely dominant position at the break.

PSG committed plenty of bodies forward as they looked for a way back in the tie, but there was no way through City’s rock-solid defence and the French side were eventually caught on the counter-attack as Mahrez (63) finished another fine City move to put the game beyond any doubt.

City’s second goal sparked plenty of PSG frustration and they finished the game with 10 men after Angel Di Maria’s kick out at Fernandinho in the 69th minute, ending any chance of a miraculous comeback as City eased to victory.

Pep Guardiola, who reaches the Champions League final for the first time since he won the competition with Barcelona in 2011, will now lead his side against either Chelsea or Real Madrid in the final in Istanbul on Saturday, May 29.

But before that, they have domestic matters to attend to and could add the Premier League title to the Carabao Cup they won last month with victory against Chelsea at the Etihad Stadium on Saturday, live on Sky Sports (kick off 5.30pm), as they bid to complete a treble.

This year’s final will take place in Istanbul on Saturday, May 29.

UEFA has not yet confirmed the kick-off time.

It’s back to domestic matters for Manchester City and they could win the Premier League title this weekend. Man City’s champagne was put on ice last weekend after Man Utd vs Liverpool was postponed – but they may only have to wait a few days to get their hands back on the title.

A new date for Manchester United vs Liverpool is yet to be confirmed but assuming the game is not rearranged for this midweek given United’s Europa League commitments, City could secure the title on Saturday May 8 when they play Chelsea, live on Sky Sports.

And what next for PSG?

Paris Saint-Germain are locked in a fierce battle for the Ligue 1 title. They are currently second, one point behind Lille and face a trip to Rennes on Sunday evening; kick off 8pm.