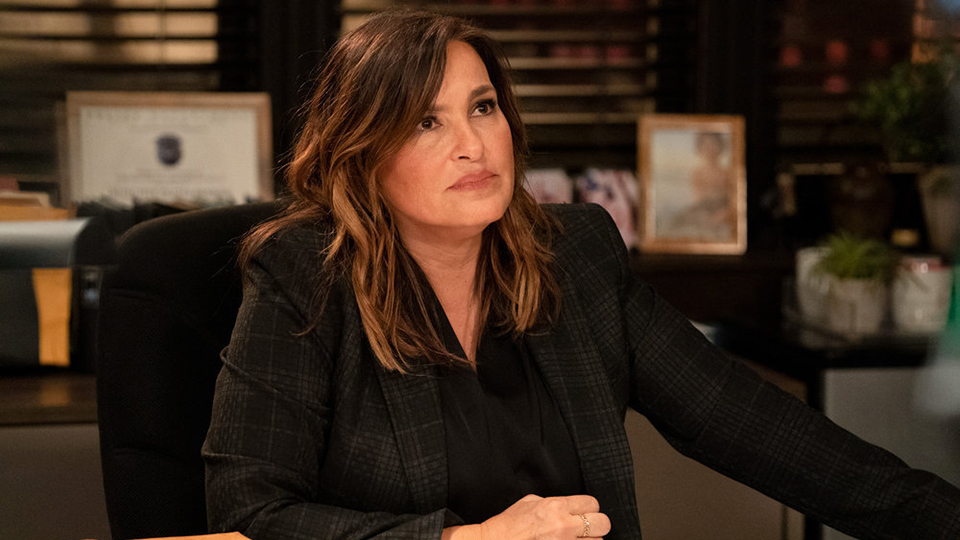 With more than two decades as Detective Olivia Benson, Mariska Hargitay‘s SVU salary is in the hundreds of thousands. But how much does she make per episode of Law & Order: Special Victims Unit? Spoiler alert: Her salary is much, much bigger than we expected.

Hargitay made her debut as Detective Benson (now Commander Benson) on Law & Order: SVU, a spinoff of Law & Order, in September 1999.  The show followed Detective Benson and her partner, Detective Elliot Stabler (Christopher Meloni), as they worked in the Special Victims Unit in a fictionalized version of the New York City Police Department. Meloni starred on the series for 12 seasons until he left in May 2011. Hargitay remains on the series.

Since its premiere, Law & Order: SVU has aired for more than 20 seasons and won over 30 Emmys, including one for Outstanding Lead Actress in a Drama Series for Hargitay in 2006. (She became the first main cast member from any Law & Order show to win an Emmy.)

In an interview with Parade in 2019, Hargitay opened up about why she thinks Law & Order: SVU has been on the air for so long. “SVU resonates because it’s a path to healing and a path to survivorship,” she said at the time. “Each week, Olivia Benson and the team depict an environment of compassion, sympathy and justice, providing hope to those who experience shame and isolation caused by sexual violence. The conversations that the show inspires have brought a greater awareness and understanding of the issues. And every disclosure is a chance to show that a victim is to be believed.”

However, with so many seasons on the same show, there are bound to be details that Hargitay has forgotten about. In an interview on Late Night With Seth Meyers in 2019, Hargitay revealed that she forgot the storylines of one of her episodes while watching a rerun on TV. “However, about a month ago, I did and I stopped. And it was so old, and I’m like, ‘I don’t remember that,’” she said at the time. “And I said, ‘Oh, I’ll just watch and remember what episode it was.’ And I sat there, watching and watching. Half-hour went by, got completely engrossed in the show. Didn’t remember a thing. Didn’t even know it was me! Like, ‘This is a good show!’ But it was so sad, because I could not remember. And then I tried to remember, and I just couldn’t.”

What is Mariska Hargitay’s SVU salary?

According to a 2018 report by Forbes, Hargitay made $13 million for Law & Order: SVU season 19. The season had 24 episodes, which means that Hargitay would’ve been paid around $540,000 for each episode. This is a raise from what Forbes reported was her salary in 2014. At the time, Forbes reported that Hargitay made $450,000 per episode, which made her the second highest paid actress on TV that year.

In 2018, Hargitay was listed by Forbes as the 11th richest television actor, tying with Modern Family‘s Jesse Tyler Ferguson. Celebrity Net Worth reports that Hargitay is worth an impressive $100 million, which accounts for the roughly $540,000 per episode she makes from her Law & Order: SVU salary. Along with Law & Order, Hargitay has also had cameos in shows like Chicago P.D., Chicago Fire and other Law & Order spinoffs. Hargitay is also the founer of the Joyful Heart Foundation, an organization she established in 2004 to support to survivors of sexual assault, domestic violence and child abuse. As of 2011, the organization has raised more than $20 million for survivors.

In an interview with Good Housekeeping in 2010, Hargitay revealed that she was in debt before she booked Law & Order: SVU.“I had a house and car I didn’t want to lose,” she said at the time. “And I had a lot of credit card debt.” Money was so tight for her that Hargitay turned to her then-boyfriend for financial help. “When we broke up, he said I owed him 60 grand,” she said. “I’m a payer-backer. So as soon as I could, I paid him off. [N]ow I have learned to hang on to [my money]. I have a nest egg, and I don’t buy above my means.”

Law & Order: Special Victims Unit is available to stream on Peacock. Here’s how to watch it for free.

For more about Law & Order, check out True Stories of Law & Order: The Real Crimes Behind the Best Episodes of the Hit TV Show by Kevin Dwyer and Juré Fiorillo. The book covers 25 cases from Law & Order and its spinoffs’ most popular episodes, from how a woman’s repressed memory led to solving a 30-year-old cold case to the high-profile investigation of millionaire Robert Durst. Like Law & Order fans know, the crime is just the start and the real information can come from the trial and controversial verdicts. If you love Law & Order, you’ll be obsessed with these “true crimes that are oten stranger and more chilling than fiction.”