Mark Bullingham: FA chief executive says he is ‘desperate’ for fans to return at 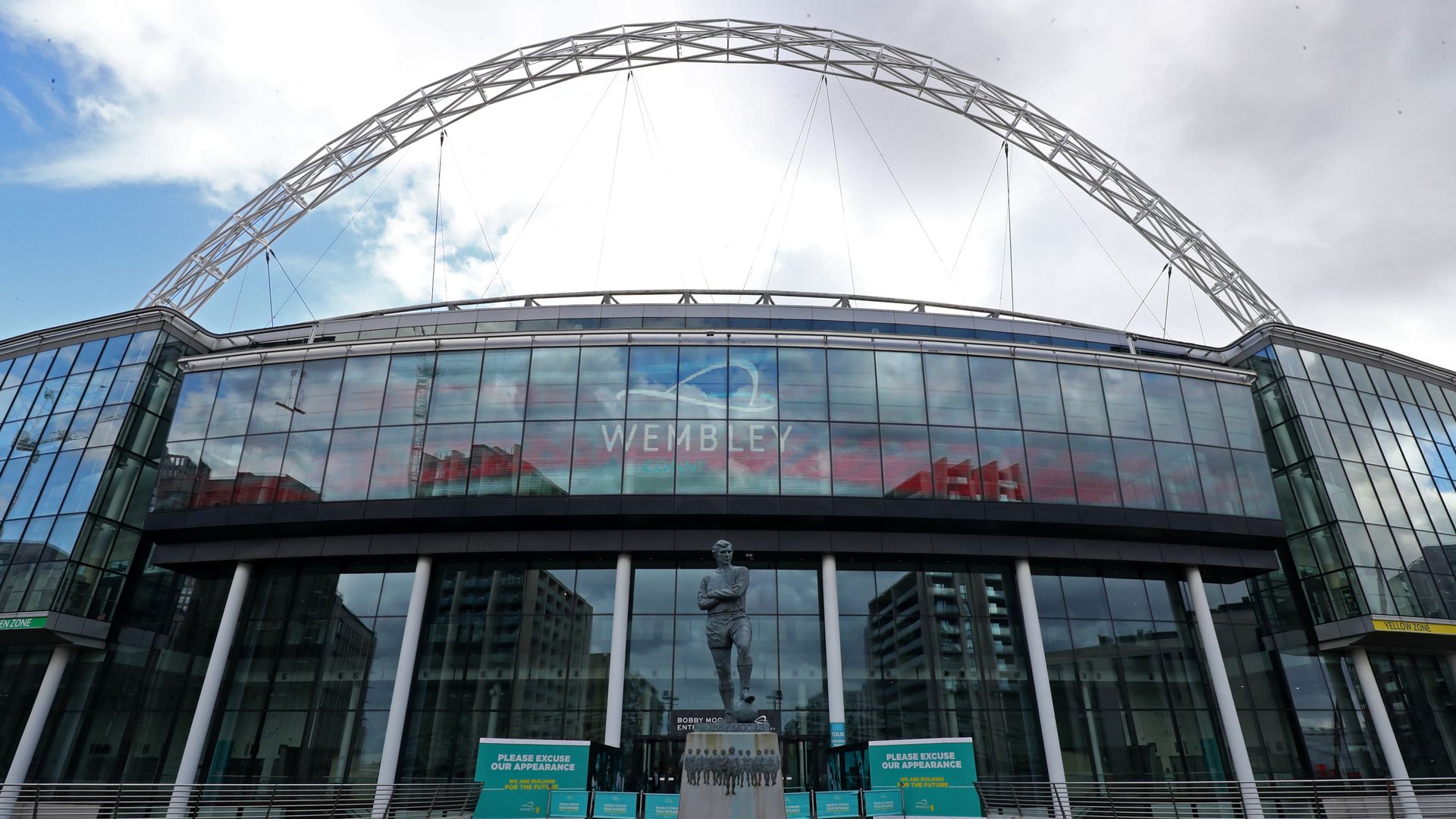 FA chief executive Mark Bullingham has told Sky Sports News he is “desperate” to welcome fans back at Wembley for domestic cup finals to prove that “football can be run safely”.

In February, Prime Minister Boris Johnson outlined plans to allow football stadiums to welcome back up to 10,000 supporters for live games from May 17 onwards.

England’s home stadium is set to play host to the Carabao Cup final as well as the FA Cup semi-finals and final, although under current restrictions none of the matches would see fans attend.

However, Bullingham told Sky Sports News he believes domestic cup finals can work as test events ahead of the final round of Premier League fixtures on May 23 and the games to be held at Wembley as part of Euro 2020.

“We’re desperate to get fans back, as long as it’s safe,” Bullingham said.

“We can now provide a really safe environment and are working very hard for Wembley, if allowed test events. We’d love to run test events for the Carabao Cup Final, FA Cup semi-finals, and FA Cup Final and prove that football can be run safely.

“We’d love to see [Wembley] as full as possible for the end of the Euros.”

Wembley will also be hosting seven games at this summer’s Euro 2020, rearranged by a year, including England’s three group matches – against Croatia, Scotland, and Czech Republic – a round-of-16 clash, both semi-finals, and the final.

Earlier this week, Johnson said the UK was prepared to stage more matches should any of the other 11 host countries be unable to fulfil their fixtures due to travel restrictions connected to the coronavirus pandemic.

But UEFA are committed to staging the tournament in its current format and its executive committee will only make a decision after April 5, when each host city will confirm the number of fans allowed in each stadium.

“UEFA still want to run it in 12 cities, and we support them for that,” Bullingham said.

“There have been no informal talks in the last few weeks about whether any countries might fall over. We’ve all got a deadline by UEFA of early-April on fan numbers. My expectation is that this tournament will be run in 12 countries.

“If, for any reason, any of the host cities change mind, of course we’d be one of a number countries wanting to put their hands up to help UEFA but that’s not a circumstance we foresee at the moment.

“We’re hopeful of big numbers of fans towards the end of the tournament.”

Scottish FA chief executive Ian Maxwell has told Sky Sports News that it would be “devastating” for Hampden Park to lose Euro 2020 matches to Wembley.

In a wide-ranging interview, Maxwell discussed Steve Clarke’s future as Scotland manager, the offer to trial FIFA’s new ‘VAR lite’ technology, and the investigation into Rangers’ Covid breach – on top of the Euro 2020 uncertainty.

Reports this week suggested Glasgow and Dublin are set to be dropped as host nations at this summer’s European Championships over concerns around the number of fans that will be allowed to attend matches due to coronavirus restrictions.

“We need to get to the point where they are confirmed at Hampden,” Maxwell told Sky Sports News. “That’s what everybody wants to achieve. It would be devastating for the nation if we lost games, particularly if the obvious destination for them is Wembley. I don’t think that’s what anybody wants to see.

“The 12 host cities are going through a process with UEFA. We have an early April deadline to confirm the allowed spectator capacity within each stadium. As we sit here right now, no host city can confirm that they can have spectators or not, because this virus changes quickly and we all need to adapt to that.”

The 16th UEFA European Championship runs from June 11 to July 11, 2021, and to celebrate the tournament’s 60th birthday, 12 cities across the continent have been selected as hosts. The 12 cities and stadiums are:

Rome’s Stadio Olimpico will host the opening match on June 11, while England’s national stadium Wembley will stage both semi-finals and the final.

“Kept Thinking ‘You should be there'”