By Peter Blunt
May 4, 2021
5
EntertainmentHollywood

Line Of Duty’s Martin Compston took to Twitter last night to break his silence following the season six finale. The Scottish actor, who plays DI Steve Arnott in the police drama, addressed the programme’s ending and it’s lack of “urgent exit”, which had disappointed some fans.

Martin thanked people for reaching out to him over the course of the series and revealed that he had suffered a wide range of emotions while seeing the “hype” online.

The BBC One star said he’d felt both excited and anxious as it played out over the past seven weeks.

The 36-year-old went on to admit that he now felt “relief” that the series had ended and a great deal of pride.

He then revealed his plans to mark the huge achievement with his co-stars Vicky McClure (DI Kate Fleming), Adrian Dunbar (Superintendent Ted Hastings) and the show’s creator Jed Mercurio. 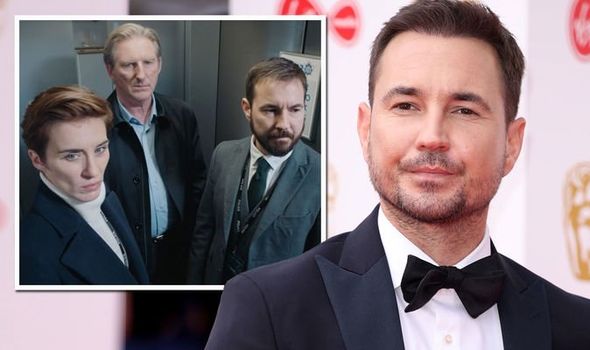 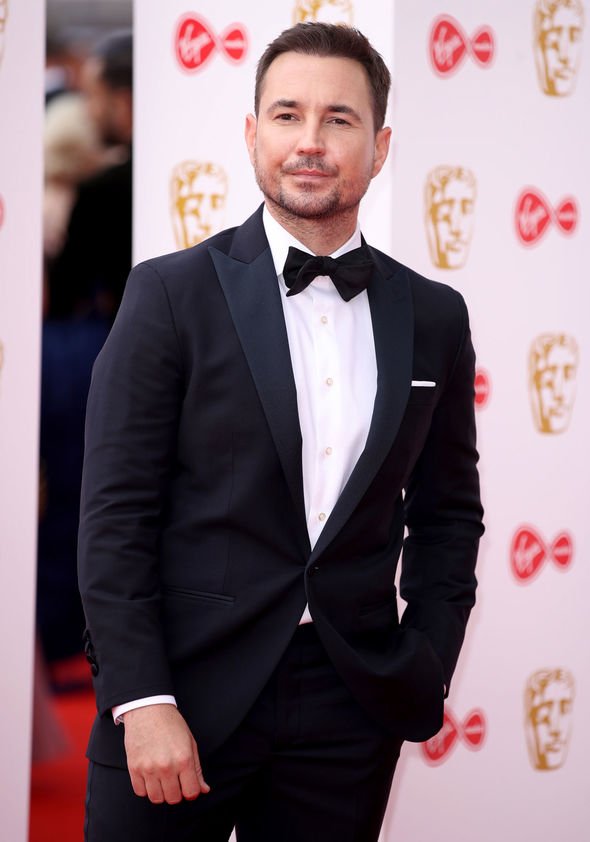 “Hey folks now the madness is slightly dying down just want to thank everybody who reached out about last night and the series as a whole, we’ve truly been blown away by the reaction and love for the show we’re proud of it.

“Fully understand it wasn’t the ‘urgent exit’ type ending some anticipated but we appreciate you sticking with us,”(sic) he wrote in view of his 488,600 followers.

“Felt many emotions from excitement and anxiety at the hype to relief that it’s over.

“Now I jus feel immense pride our show that started on Wednesday’s on BBC2 has just smashed every overnight drama record since they began,”(sic) he proudly added. 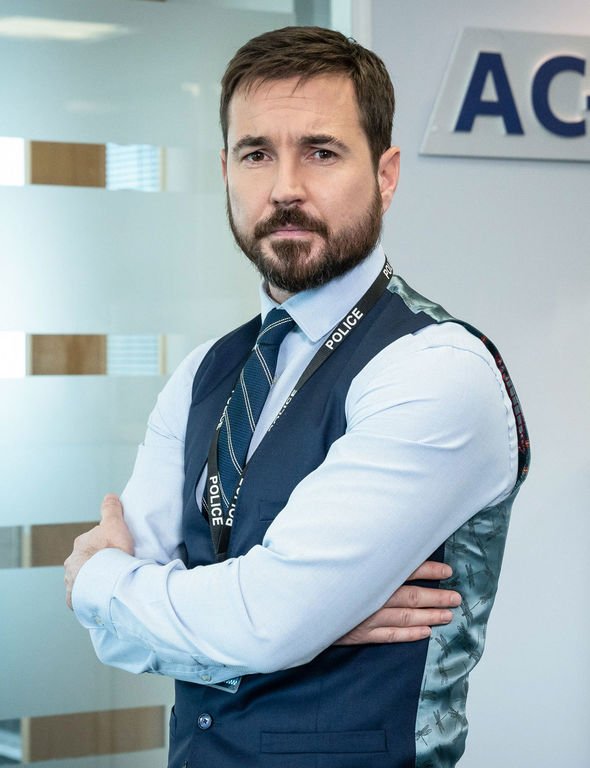 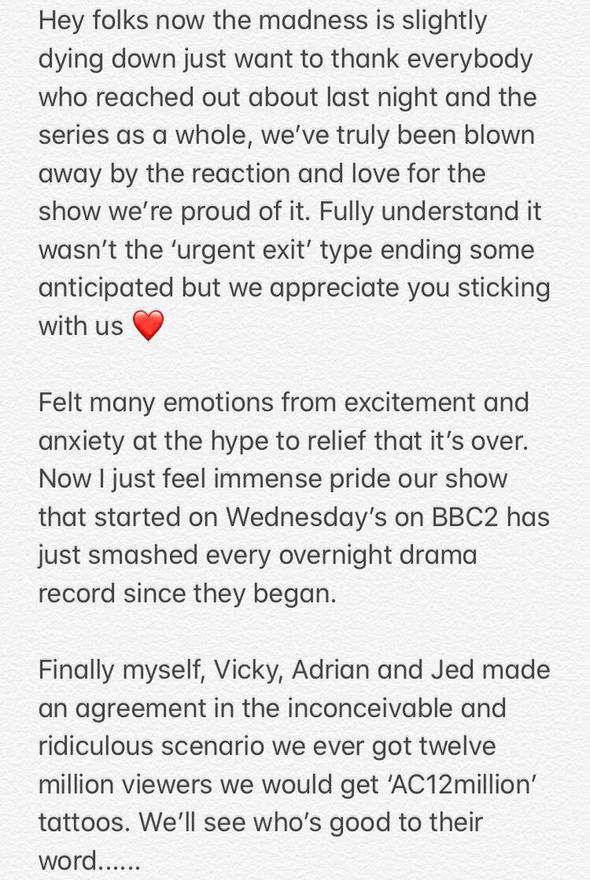 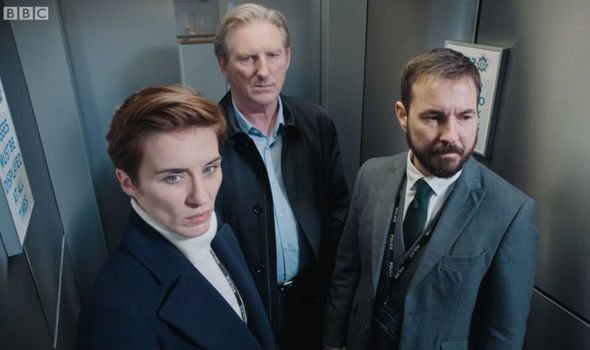 Martin went on to reveal that the Line Of Duty team were planning to get a tattoo in honour of the programme and it’s success.

“Finally myself, Vicky, Adrian and Jed made an agreement in the inconceivable and ridiculous scenario we ever got twelve million viewers we would get ‘AC12million’ tattoos.

“We’ll see who’s good to their word…” he signed off.

Fans of the show will know that AC-12 is the anti-corruption unit the police officers work in.

It has now been reported that the show drew 12.8 million UK TV viewers.

“For what it’s worth I f**king loved the finale,” one viewer wrote in the comments section of Martin’s post.

“If there had been an urgent exit required ending or a huge gun fight the same people that are complaining would only be complaining that it’s all been done before,” the message continued.

“I watched again this evening and totally agree, watching it again without the hype and expectations it certainly made so much more sense, plus some great and clever messaging in a rather dishonest world of corruption,” another added.

“We are so grateful to you all.

Following the news that Line of Duty had broken modern viewing records, the show’s creator also took to social media.

“We’re honoured and flattered by the viewing figures for #LineofDuty6.

“We knew attempting to explore the real nature of corruption in our society wouldn’t appeal to everyone, but we do sincerely thank you all for watching.

“It’s been our privilege to share your Sunday nights,” he penned.