By John Mahon
May 4, 2021
0
EntertainmentBollywood

Queen of Sajjangarh Movie Review Rating: 1.5/5 Stars (One and a half stars)

What’s Good: The thought of mashing up various tried and tested things of this genre

What’s Bad: The execution of the above thought!

Loo Break: A few of them!

Watch or Not?: With any expectations? Nope!

Starting with a song featuring guys in coats and girls in bikinis dancing beside a swimming pool, the film registers the intention of the audience makers are targetting. Six friends try to go to Mumbai but are stuck due to the rules of lockdown. The stereotypical ‘millennials’ find an abandoned ‘haveli’ (of course!) to stay for a night.

While exploring the haveli, they find a door that holds a message that says, “Darwaza khola toh fattegi” (You’ll get fuc*ed, if you try and open this door). In a truth or dare game, Rahman from the group and is asked to go into the room. What happens next lays the base of the second half.

Director Mahaveer Shringi has also written, produced this venture. The idea of six friends sending a night in a haunted haveli isn’t exactly new, but the addition of the ‘reincarnation’ angle gives the story its novel touch but comes with a load of issues. A proper execution to this story would’ve changed the game for the film.

It also follows the age-old formula of inclusion of uncalled-for s*x scenes in a horror film. The film’s cinematography lacks the excitement (and good transitions) a movie of this genre should strictly possess. The absence of any jump-scares hampers the execution to match the vision of the makers.

Priya Mishra gets the meatiest role of all as the witch ‘Bindiya’, and she fits the bill. Ajit Pandit does his part okay as the mischievous stud of the group but doesn’t get much scope. From the group’s three ladies – Shivangi Sharma, Palak Singh & Alivira Rana, Palak’s quirky additions back her character. Abhijeet Ghadge gets the focus on him by the interval, but he fails to utilise that, adding nothing substantial in the acting department. Sanket Ranadive arrives & depart without letting anyone know about kt.

It’s a jump from Koi Saath Hai to this for Mahaveer Shringi, but there still are too many loopholes to fill. This has been shot amid the lockdown, which isn’t an easy thing, but it’s all about the final product for the audience.

The much-hyped song of Anup Jalota, Jasleen Matharu Tera Ishq Aavle Sa, fails to create any memorable impact for the film. The ‘Sai’ song could be the best thing to come out of this film. Background score fails to generate the aura required by scary cinema.

All said and done, Mahaveer Shringi had a winning idea in his hand, but it comes with the bane of proper execution. Following the traditional formula of horror films, this makes some mistakes in between costing the makers a good movie.

One and a half stars! 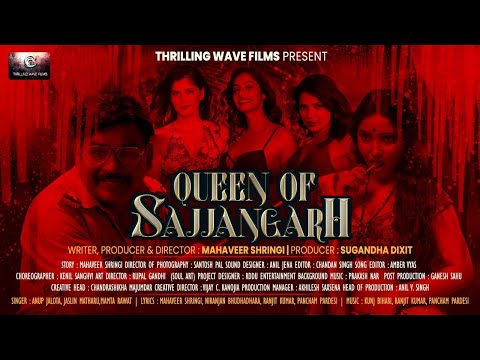 Queen of Sajjangarh releases on 3rd May 2021.

Share with us your experience of watching Queen of Sajjangarh.

Priyanka Chopra Raises 4.9 Crores Through Give India As COVID Help To India